For two decades, Matthew Smith was at the forefront of UK rave and protest culture. His photos capture a past so few could say they truly knew

Photographer Matthew Smith has always seen the world a little differently. Speaking with us last year, he talked with refreshing riposte, about the changing faces of protest – of which, he has born witness to all. “Back then, protest was being invented as it went along. Celebration and entertainment fused with art, music and non-violent direct action were a very potent recipe for resistance, and that resistance was happening on a nationwide footing – and I participated in the lot!”

For two decades Smith was on its UK frontline – from the Poll Tax demo in March 1990 to the M11 Link Road Protest and Freedom to Party, Reclaim the Streets and G20 protests. His work breeds a heavy sense of nostalgia, knocking you sideways, wide-eyed into a past so few could say they truly knew.

Not one to regurgitate press propaganda, Smith describes his new book, Exist to Resist, which has been entirely funded on Kickstarter, as a ‘frenzied reworking’ of his accumulated archive. It will bring together over 30 years’ worth of photographs, of rave culture, of civil gatherings and of riots, all of which will be placed side-by-side with lyrical text and narrated chronologically from both a personal and political perspective. But, Exist to Resist is much more than fist-in-the-air activism, it fuses art, music and social history to bring subcultures, old and new together. As Smith’s Kickstarter campaign comes to a successful end in a few hours, we asked the photographer to talk about one of the images from his imminent, debut book.

Back then some 10,000 people united on a common near Malvern, in a massive celebration of dance culture’s power for over a week; fuelled by the music of traveler sound systems like Spiral Tribe, Bedlam, Circus Warp and DIY. The event’s popularity gave the then Conservative Government the excuse it was looking for to conjure to enforce the infamous and reviled 1994 Criminal Justice and Public Order Act.

This time around the festival would live on Steart Beach, near Bridgewater, and play host to over twenty sound systems; and anywhere between ten and fifteen thousand people. Originally billed as the Feeling of Life Festival, the hype had been growing for months. Rumours flew of a group of landowners wanting to provide a selection of sites and some of the original Spiral DJ line up putting together a rig especially for the occasion. Rumours were always rife.

As the Queen encouraged Britain to go out and celebrate her coronation; the police pressed hard to stop our celebration at Castlemorton. Major surveillance was launched along the M5, the M50 towards Malvern, and the A46 in Gloucestershire. By lunchtime an estimated 1,000 people were at Michael Woods services on the M5, being harassed by hovering helicopters and riot police. Smaller satellite parties that sprung up later that afternoon near Abergavenny in Wales, and on Minchinhampton Common near Stroud were busted early on, with the loss of three sound systems in a spate of state-sponsored theft.

The original Castlemorton had offered a lifeline to a massive community that openly rejected mainstream hypocritical authority. For years the authorities had been trying to shut down the festival lifestyle and since the Battle of the Beanfield massacre had managed to instil fear into anyone making those kind of decisions. Then along came rave and offered that culture a whole new means of empowerment and thus survival.

This picture captures all of this. It encapsulates a sense of collective resistance. We fought in groups big and small for days to stay in that field. This group of girls made it in too, and I saw them as I was walking around the site. I leant across their bonnet and sat on the car, bringing my camera right in front of the window. The image came out a little underexposed and illuminated in all the find places. I later found out these girls were part of a bigger crew from Brighton – I didn’t know them, or ever speak to them, but I love this picture because it shows their relief and joy to be in their safe space after spending days trying to fight for the right to be there.”

See more of Smith’s images below: 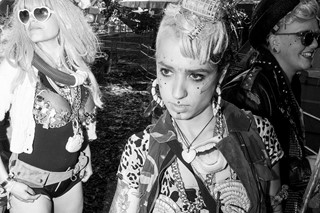 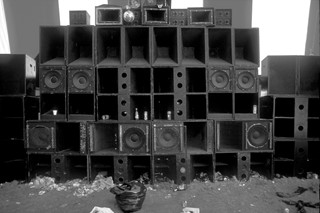 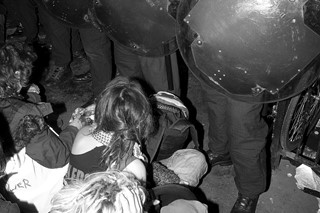 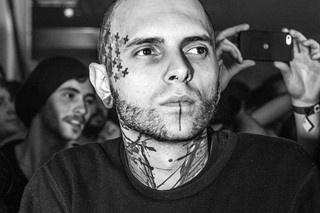 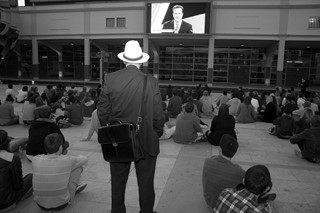 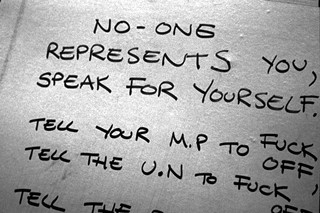