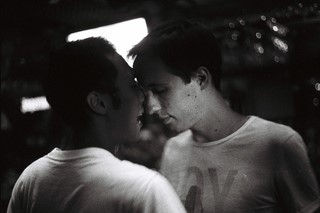 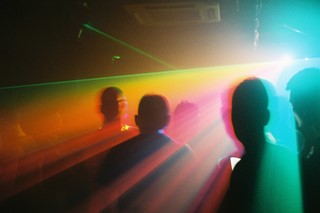 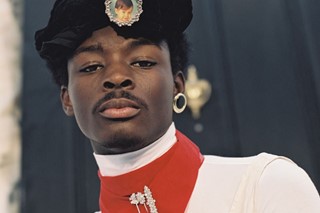 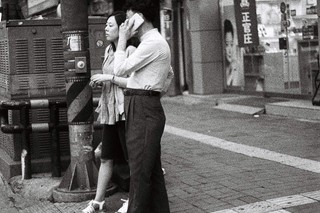 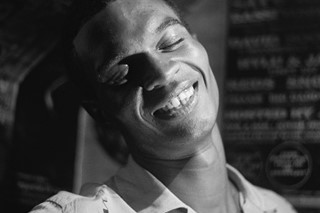 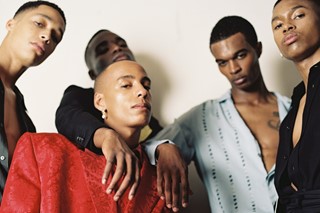 The inspiration for British-Ghanaian photographer Campbell Addy’s first ever solo exhibition, hosted at the KK Outlet, carries as much depth and complexity as his portraits themselves. Raised as a Jehovah’s Witness, the photographer always felt that his sexuality and his faith were incompatible. While Addy eventually broke away from religion, he took a scripture, Matthew 7:7&8 (“seek, and ye shall find”), as both the basis and the title for his latest creative project. “(It) has resonated with me,” says the Central Saint Martins College of Art and Design graduate, “for whatever it is I want in life, I need to seek it out and find solace in my resolve.”

Addy, south London born and bred in New Addington, is already behind a healthy roster of creative pursuits. Chief among them is Nii: started in summer 2016, it is a casting and modelling agency that actively addresses poor representation in the fashion industry and the accompanying Niijournal, a publication highlighting issues of “sex, religion, racial and cultural identities” in the world of art. Faith, sexuality and the beauty of the black, often male, body are hallmarks of Addy’s work, featuring heavily throughout Matthew 7:7&8. Alongside the new show comes a collaborative series between Addy and fellow artist and partner Edvinas Bruzas entitled Unlocking Seoul, a fascinating glimpse into the South Korean capital’s LGBT scene. “I don't just want to make a nice image,” Addy says, “I'm always trying to provide a story and context.” Below we spoke with the photographer ahead of the show’s launch tonight.

“I didn’t think I was worthy enough to be connected to my spirituality because I was gay and condemned. Now I know it’s man who condemns the act – I’m a model citizen” – Campbell Addy

Why is now a good time for you to stage a solo exhibition?

Campbell Addy: I’ve been reflecting and looking at my work as a whole – this is what I’ve created so far. It’s not a lot of work (but) it sits well together... It’s establishing myself as the type of artist I want to be.

What are the ideas behind the title of the show?

Campbell Addy: I grew up as Jehovah’s Witness, everyday I would read the Bible. Someone asked me recently if I was religious. Everyone assumes if you’re gay, you’re not religious. I grew up in a very religious household and there are things you can’t just leave in the past, it stays with you – like my morals are deeply rooted in religion whether I like it or not.

The scripture Matthew 7:7 always resonated with me. If I wanted to get a job or do something, I told myself that I would have to go and seek it, not just sit and wait for it to be given to me. It’s always been something at the back of my mind. It’s personal to me and reflects the journey: the work is the journey. Nothing is handed to you. When people ask me how I achieved something I tell them I grab it with both hands. The religious aspect is like closing the chapter on that part of my life. I lost a lot when I came out, my family, friends – it’s almost as if you have a new life the day you leave it. I hadn’t realised how much I’d missed out on because I was in such a closeted world.

An artist who is part of the exhibition, Kelsey Lu (who goes by the name Lu) told me she had also grown up as Jehovah’s Witness and it was enlightening to see the positive side. Growing up you hear that those who leave the truth lead bad lives, but she’s thriving and it was a beacon of hope for me. I never spoke about being Jehovah’s Witness until I met her; I was really scared. It was something I hadn’t come to terms with. There’s a picture where I’m laughing in my corridor thinking that something so small was holding me back because I didn’t think I was worthy enough to be connected to my spirituality because I was gay and condemned. Now I know it’s man who condemns the act – I’m a model citizen.

The end of a chapter.

Campbell Addy: And the beginning of a new one. A lot of it is reconciling two very different parts of your life – both of them can exist together.

I made sure my family – who I usually don’t allow to see my Facebook – saw everything about this exhibition. Some of my religious friends say, “How can you have an exhibition that can have homosexuality in it and it have Bible verse as its title?” For me, that is part of me and something I’ve been hiding away from. I thought I was wrong. I grew up Jehovah’s Witness and I’m gay and there’s nothing wrong with it.

You have your own relationship with it now, it’s a positive thing – you’re accepting all the different parts of yourself.

Campbell Addy: I wanted to lock it away and it was taking its toll. But it’s actually fine.

The exhibition also shows works from your collaboration with Edvinas Bruzas that you both undertook in the summer of 2014. Can you tell us more about those images?

Campbell Addy: We took the pictures together in Seoul (because) I wanted to go somewhere unknown. The gay community was so secluded. We’d go to these bars for a month; we went everyday till 4am to gain the trust of the people. (It) was really hidden – we had to learn some Korean. I wasn’t trying to be a voyeur, I wanted to portray what we saw. We saw a disconnect: in nightlife, there was only one space for them. I’m so lucky to be gay in the UK. (In Seoul), there are no rights, exploration or flamboyance: your friend can be gay but you can’t – it’s frowned upon. My partner is white and I’m black – we were an experiment in their eyes, an out interracial couple.

How has being published in fashion magazines affected your work as a photographer?

Campbell Addy: Fashion magazines influenced me at first but then I had to partition my brain and think, “I am a photographer first who happens to work in fashion magazines”. I had to look at my work differently: is this image able to stand on its own? I connected dots between shoots that spanned over two years; it was very therapeutic for me. I was at a point where I was fed up with working, because of the fast pace of the industry – having a shoot on Monday and having it done by Friday, no time to sit and think about the work I was doing. This process really helped with that: looking at the bigger picture as opposed to just the pages of a magazine.

How has life been since graduating from CSM?

Campbell Addy: It’s been really hard. Bouts of depression and severe anxiety, purely because I was in a bubble and didn’t realise that as a student at CSM, you have to meet new people and work with them, which I’ve struggled with despite being an outgoing person.

(But) life after uni has (also) been great. I’m so blessed to have the success I have in my life but it’s a constant battle fighting against invisible enemies coming in all shapes and forms, whether it’s anxiety or clients approaching me to do a shoot because it’s “about diaspora” or they want black people to shoot. They try to put you in a bracket.

I’ve been able to use the platform I have to meet many creatives that being in the CSM bubble denied me. London’s an island, there’s the whole world. London isn’t the be all and end all of a career as a creative person. There are other places - it’s okay to forget about London sometimes.

The other thing is race. Yes, my work addresses race and racism, because I’m a black photographer... I couldn’t just be an artist and that has affected me emotionally.

Being young, people want to take you for a mug in the industry because you’re a person of colour. They think they’re doing you a favour by giving you a platform, paying you small bits and bobs. I’m a black person with something political to say (but) really I want to do what I love and be able to live from it – just like they are living off what we’re making for them. It’s a shock to their system... Gatekeepers use the fact that they have worked for little reward for years as an explanation and I wonder why they feel as though I have to do the same. I won’t suffer in the same way. I’d find myself on sets and clients (would) dismiss me, (they) wouldn’t think or know the photographer was me. It took a toll. My image became this huge thing, in a way it hasn’t before. Instead of prepping my photography equipment, I’d obsess over how I look even though I wasn’t being shot – just a downward spiral.