Nina Manandhar is on a one-woman mission to tell the story of UK subculture and style. So far, she’s explored music scenes such as UK garage, grime, Balearic, jungle, and hardcore, as well as city style in Glasgow and Bristol, to name a few. This time she’s in Soho, a roughly 2.6km square patch of central London that holds so much history, influence, and inspiration, that it deserves its own focus.

In a specially designed van that’s been stopping in various spots in the city centre since July, Manandhar has been encouraging people to bring their photos and memories of Soho. By sharing such stories, she’s hoping to preserve (or at least celebrate) a thriving vibrancy that the capital (and the rest of the UK) once prided itself on. “I’m pretty scared for London, it feels like the city is being hollowed out from the centre”, she tells us. “There is a lot of discussion about the uses of nostalgia and whether it is a positive or negative thing. I think exploring the past can help us affect and change the future. What Soho Wore is not fist-in-the-air activism, but for me, projects like this are a kind of activism – using social history to bring communities together.”

This Sunday, Manandhar will host a day of photo-swapping and story-telling at The Photographer’s Gallery. She will also host a talk about how the changes happening in Soho are creating a ripple effect throughout the rest of the city. As the project nears its culmination, we catch up with Manandhar as she shares some of her favourite submissions. 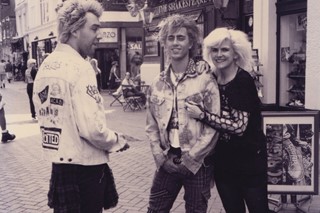 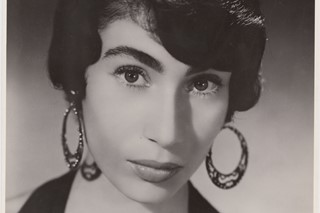 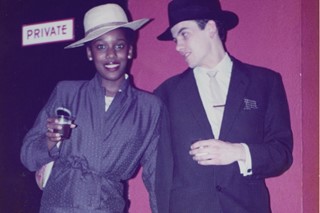 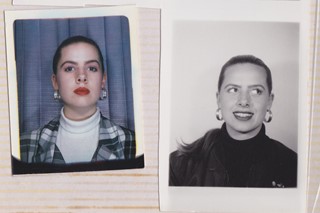 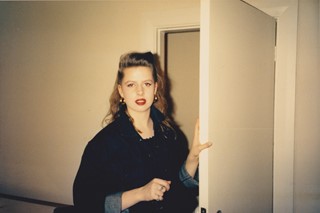 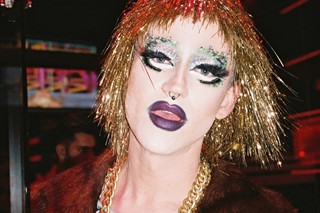 Why was it important to focus on Soho this time? Rather than an era or style, as you have previously?

Nina Manandhar: Soho has historically been super rich in terms of the thriving communities that have co-existed side by side. That’s what city life should be about. I like the fact that it’s right at the heart of the city.

It’s not so obvious now, but it has had a significant place in club land and music cultures, with independent music shops on Berwick street, boutiques, and clubs in and around Carnaby Street, and of course, it’s been a cultural centre for the gay community. The sleazy side of Soho has its charm too.

What’s been your favourite submission/story so far?

Nina Manandhar: There have been so many great ones I can’t pick a fave. The latest ones in are always my faves! There is a great selection from Mark Moore who was in S Express and Simon Foxton’s are pretty great too.

“I think Soho was always perceived as a place where individuality and difference could thrive... It’s whether or not it can hold this spirit on independence” – Nina Manandhar

I feel everyone in London has a Soho story to tell, what’s your best or worst memory in Soho?

Nina Manandhar: A lot my memories revolve around music actually. I grew up in London, so from being about 14 I would go to gigs at what was The Astoria, on Tottenham Court road and later to club nights there, places like The100 Club and Trash.  There was quite an indie scene I guess. After big nights out I would usually get the N207 home to where I lived in Shepherd’s Bush. I bunked off school to go to a Blur book signing in Waterstones, now a TK Maxx, where all the bookshops are in Soho.

Why is it important to collect and show this archive now?

Nina Manandhar: The main drive was because Soho changing so rapidly and soon this may all disappear. I thought now was an important time to get in there and celebrate and document its history. The Photographer’s Gallery is pretty much in the midst of all this.

Do you feel Soho is losing its charm at all?

Nina Manandhar: In some ways yes but not entirely. There have been countless different movements and scenes that have passed through Soho over the years. I have learnt a little about a lot of them but I don’t proclaim to know them inside out in such a short space of time. But one thing which united them all is the sense of independence.

I think Soho was always perceived as a place where individuality and difference could thrive. People could start and run their own things, in the centre of the city – from independent record shops to independent Italian cafe bars to independent sex shops. It’s whether or not it can hold this spirit on independence. Although, lots of cool, younger brands are opening up there, Patta, Palace etc, which is promising.

The panel on Saturday will discuss, How does the Soho shift reflect wider changes in the city of London – can you tell us your thoughts on this?

Nina Manandhar: The theme for the panel is “Soho and Shifting London”. We’ll be discussing how what’s happening in Soho reflects what’s happening in the rest of London. I am really excited about this panel, which includes  Ben Judah (Author of This Is London), Clare Lynch (SohoSociety) and Tom James (Artist and Founder of Spacemakers)

We’ll be talking about why everyday Londoners are becoming increasingly powerless in having a say about what our city looks like, how can artists engage with communities to effect change on a local level and discussing whether there is a future for independent youth culture in the centre of the city.

What’s next for What We Wore?

Nina Manandhar: I’ve gathered so much material for What Soho Wore, I’m planning a publication of some sorts, but it will be different from the original book.

In all my projects, I love combining the work archiving and shooting so I hope to continue this way of working. You get a bit of a deeper take on things. I have had a custom mobile archive unit built for the show... maybe after Soho I can hit up San Diego, Southend on Sea. For me, archives and photography are most exciting when they are about activating things through connecting with people and communities.

“This image is of me in my 'biker chick' mode, taken by my dad in my parents home when I was 12 or 13 in 1972. I was heavily into Bowie, had been hanging out in Soho since aged 11. I was tall and got into pubs already. My hair was still kinda Bowie in Ziggy mode and my clothes we a mix of glam rocker meets biker chick. I used to hang out in The Intrepid Fox on Wardour Street, which was a biker bar in early 1970’s before going punky later on. I was going to gigs at The Marquee from 72 onwards too, where I first saw David Bowie.”

“Claire was born in Alexandria in Egypt, her family were Italian, she’s an Italian expat from Egypt, so she grew up learning French, which is why she spoke with a French accent. But when she moved to London she fell in love with an American man who’s surname was De Rouen, but he was fully American and he had previously had a different surname that was something like De Rainer, and he didn’t like it so he changed it to De Rouen because he thought it sounded chic.

She set up Claire De Rouen shop in 2005. She went to art school as well and then she started working at the ICA in the bookshop. After a while she was really good at that and she moved to The Photographer’s Gallery doing just the postcards there. She was so good at it that she ended up doing the books.

There was a saucy element to it - because the person that connected her with the landlord of this building was Bob Carlos Clarke, who was a great admirer of hers. So she always loved his pictures and he loved her and he knew that she was unhappy when Zwemmers was brought by Shipley.”

“We spent a lot of time in Bar Italia, you didn’t have all those coffee bars that you have now, there was a lot more pubs. You’d meet at pubs and then there were very expensive restaurants. You did not go to Soho House in that day and age.

When I was sort of 17, I started getting into a sort of 1950s vibe. I used to do this big quiff with my hair, I would section off a piece on the top of my head, backcomb it and roll it over and the sides were pulled up very tight with an enormous amount of Elnett hairspray was involved in it and it had to be very perfect and just so, and I would do a perfect Channel base and red lipstick and a black flick – lots of black eyeliner. I had quite strong eyebrows anyway so those stayed anyway.

Sometimes I would do a scarf and tie that as a hair band kind of thing, and then if I wasn’t going to do the quiff my other look was to scrap my hair back very very tight with big gold earrings which looking at the photos now is vaguely Latino, but at the time I think it was a very hip hop look. I think it was more of a Mary J. Blige kind of thing.”

“These were taken at the MUDD club, that was Philip Sallon's first Club. There were punk rockers, new romantics part of the Bromley contingent which was the punk rock – all the fans of the Sex Pistols and Suzy Sioux, Billy Idol, all went on to do stuff. He was one of those, but he was the gay one, the Mudd Club was the place to go in the early 80s.

You had to dress up to get in, and sometimes Phillip would make people take their clothes off and put their trousers wrapped around their heads and they might get in. Back then you’d save up for a leather jacket which would take ages, or you’d get it for your birthday. I could never afford designer stuff so you got them mainly from charity shops. We were also lucky to be given stuff. A lot of people went to an Army Surplus Store on Warren Street and obviously people would customise stuff and make their own stuff – like she’s made her t-shirt here ‘Taramasalata Party’, God knows what that means.”