Speaking to us about photographing Drake and being on set with Skepta, here’s how she found herself documenting the forefront of one of the UK’s biggest subcultures 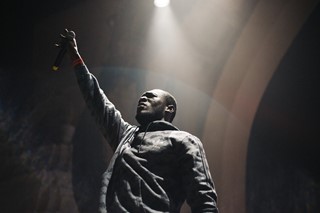 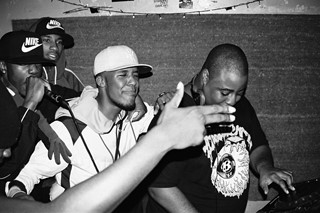 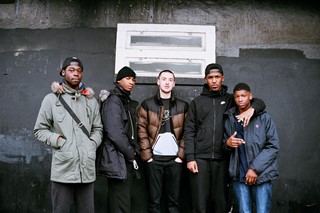 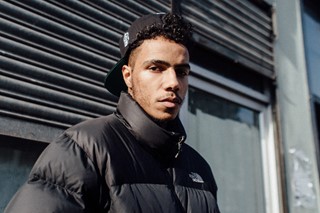 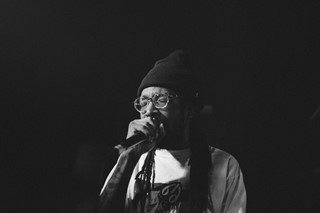 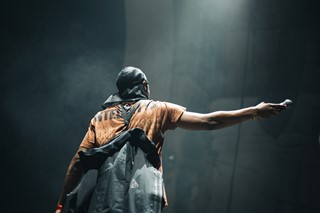 A lot of us weren’t old enough for the first wave of grime. When now-legendary MCs such as Wiley, Kano and Dizzee Rascal shook the UK into a seismic culture quake. Mixing elements of UK garage and jungle, MCs rejected super-stylised beats for a more DIY sound (often made on free software like FruityLoops). It took the underground by storm and provided a voice and a platform for a generation of disillusioned youth. Photographers like Ewen Spencer and Simon Wheatley were there to capture it all, the former who directed grime documentary “Open Mic”, the first episode from the Dazed and Channel 4 produced series Music Nation.

While 19-year-old photographer Vicky Grout wasn’t around for grime’s so-called first wave – “I was in year three,” she tells me when we meet in Shoreditch – she’s certainly been at the forefront of what is often dubbed as its round two.

With no formal training or education, Grout fell into the scene almost by accident. By attending gigs and events because she loved it, not because she was trying to capitalise. She’s become as much of a fixture on the scene as its MCs and in just a few years shooting ‘seriously’, Grout has turned her photographs into genuine friendships and made a name for herself as one of London’s most exciting photographers. In fact, it’s a challenge to name someone Grout hasn’t shot – except the ever-elusive Wiley, “I really wanna get a proper portrait of him. Every time I meet him he doesn't remember who I am”, she laughs.

Amongst cover shoots with Skepta for his “Shutdown” single, Novelist for the cover of Viper and a spree of commercial jobs, we sat down with Grout to get to know her.

“I didn’t even think to document it, per say, I would just have my camera on me and just take pictures for myself, put them out there and then the artist would respond to them and be like ‘These are sick’, and ‘I’m like are they? Oh okay’” – Vicky Grout

When did you begin taking photos?

Vicky Grout:  I’ve always done it in a sense, I don’t know what made me want to first do it but, I liked things that were aesthetically pleasing and I always liked creating nice images and I was always doing art at school. When I was little, my godmother had a DSLR and I would go in the garden and just take photos of flowers because I loved the feel (of photography), it just liked fascinated me. I got my first camera when I was in year seven – I wouldn’t do  shoots with people, I was just taking pictures of myself and of my friends and I would put it on my Bebo.

I never for a second thought that photography could ever be a career for me. I just thought I was doing it for fun. I thought because I was spending so much money on film and I couldn’t afford a digital camera, what’s the point? Then I randomly I picked up my camera again. I was going out raving and I was networking without even knowing it.

Where did you go out?

Vicky Grout: Dalston. I remember when there was a night at Visions when everyone played there and I think that was the night when I met like everyone, like Scratchy, Newham Generals played and then Novelist had just played at Birthdays for Murlo’s birthday and turned up afterwards, so I met him as well.

Were you listening to grime when it was in its so-called first-wave?

Vicky Grout: I listened to Dizzee in secondary school but that was it. I had Boy In The Corner on CD, a little bit of Lethal Bizzle but I didn’t really take the genre in properly, it was just snippets. It wasn’t until I started going out and experienced it that I thought ‘okay, this is live’.

I didn’t even think to document it, per say, I would just have my camera on me and just take pictures for myself, put them out there and then the artist would respond to them and be like “These are sick”, and “I’m like are they? Oh okay”.

I feel like from the outside, the grime scene might seem not inclusive to girls but looking from the inside it most definitely is. But have people ever doubted you because you’re a girl?

Vicky Grout: People have asked me this before but, in terms of me being a ‘girl in a boys scene’, the only downfalls to it I could say is, is from other people looking at it like that. I’ve never had a weird situation with artists or whatever, and I always feel like they treat you fair. If it’s me, in a room full of MC’S, I don’t feel any sort of way, I feel normal.

I think the ones that I have worked with at the start, I was already friends with them, so they let me do whatever, but now, I feel like I am at a stage where people know me for my work. It’s more other people looking at it, where they would question what I’m doing with these men, and question what’s going on.

You were the only photographer on stage with Drake and Section Boys that night at Village Underground. What was that like? Did you know Drake was coming?

Vicky Grout: No, I didn’t know he was coming. I was told there were going to be special guests and someone said Skepta and Stormzy, but Stormzy didn't come... then, I was at the side of the stage and I see Skepta, he comes on and does his thing. I was already excited and at the front trying to get pictures of him, then he ran to the back of the stage and suddenly everyone ran to the front of stage, and I got pushed back a bit and I didn’t know what was going on. I still thought it was still Skepta and I was thinking “why’s Skepta doing ‘Jumpman’ and why’s everyone screaming?” Someone must have picked me up so I could see. and I saw Drake and I was like ‘what the fuck’, and at this point, I couldn’t get to him, I couldn’t do anything, I started panicking, I was like ‘if I don’t get a picture, I’m going to kill myself. I need to get this picture!’ I literally just scrambled and I was at the front of the stage, almost off the stage – on the speaker – just trying to get pictures.

Before that night, you did behind the scene’s for Skepta’s music video “Shutdown” – how did that come about?

Vicky Grout: The first time I met him was at Visions, like October, November 2014 maybe. I met him a couple of times at other nights, and I got some photos of him and he reposted them. I took that picture (that became the cover for the single “Shutdown”) and then (filmmaker) Grace Ladoja got in touch with me and was like ‘yeah, we need you to come down and take pictures of the video shoot’ and I was like, ‘alright!’

What else do you do outside of like photography?

Vicky Grout: Nothing! That’s the thing. I am kind of in the process of doing something else but I don’t want to jinx it.

Is it true that you don't drink? Is that a conscious decision?

Vicky Grout: It's bad memories. See how most people have that one bad experience, I just never got over mine. I smell alcohol and I heave. I can't drink it. I used to rave a lot when I wasn’t shooting so much but now when I've got shoots the next day, or if I'm shooting at the event, or I want to be serious around people... I'm just sober now. I just feel like if you're going to go out and get fucked, and just completely write off the next day... it’s a commitment... every day is precious, you know? (laughs)

“I feel like if you’re not at the front then you're not involved. Like, if you can’t feel the energy and the sweat on your face, then it’s not worth it. Go home. Do you know what I mean? You need to be in it. You need to be spitting every bar with them” – Vicky Grout

The ‘first wave’ was documented by Ewen Spencer and Simon Wheatley – did you ever look up to them?

Vicky Grout: I'd never actually heard of or seen Ewen Spencer or Simon Wheatley’s work until long after I was already doing it. So people would be like, ‘You're like the new version of this person’. And I'm like, ‘wow then what I'm doing is actually serious’. They're very similar to what I'm doing but I legit had no idea.

Is there anyone you’re still to shoot?

Vicky Grout: I really wanna get a proper portrait of Wiley. Every time I meet him he doesn't remember who I am (laughs). I met Scratchy and he was like ‘I love your work’, and he went and grabbed Wiley and ran to find me. I literally just took a picture of Wiley like a minute ago, and had to reintroduce myself... and he was polite but I just don't think he remembered me. And Scratchy grabbed Wiley and he was like, ‘it's Vicky Grout’, and Wiley was like (shrugs) (laughs).

If you had to describe a grime night to someone who had never been before, how would you?

Vicky Grout: (pauses) Very, very high energy. Very sweaty (laughs). And always very compact. I feel like if you're not at the front then you're not involved. Like, if you can't feel the energy and the sweat on your face, then it's not worth it. Go home. Do you know what I mean? You need to be in it. You need to be spitting every bar with them.

Do you ever go to shows and not take photos?

Vicky Grout: Rarely. Sometimes I might have a little camera with me, I literally always take a little camera, just 'cos if I know I missed a moment I'd be really pissed off.

Who do you think we should keep an eye on?

Vicky Grout: I would say YGG are definitely going to come up. I feel like they might be a little bit further along than Novel was at that time (that I met him). Mez is a good one, I think it's sick 'cos he's from Nottingham, he's got an accent. There are so many that I think I could name but just those two for now.