Photographer Désirée van Hoek has been photographing Sunset Boulevard and Skid Row for nine years, here she shares an unseen image of where it all began

Désirée van Hoek began photographing LA’s homeless population in 2007 when a man’s 'home' caught her eye while she was walking on Sunset Boulevard. After passing it regularly and seeing it in varying states of extremely tidy or extremely messy, the photographer was drawn to capture it in a photo that would later turn into a large-scale project. Soon after, a neighbour pointed her in the direction of Skid Row, a notorious area rife with drug addiction and mental health issues and home to one of the largest populations of homeless people in north America.

After visiting the community and getting to know some of the residents better, van Hoek decided to return the following year for a longer period of time and has done every year since, eventually turning her photographs into a self-published book titled Skid Row.

Feeling optimistic when last September the LA city council pledged $100 million to fight the ‘emergency’ of over 25,000 homeless in the city by creating affordable housing, improving shelter conditions and short-term rental subsidies, van Hoek hopes that her project will help LA realise how serious these issues are and the dire need to change them. Here, the Amsterdam-based photographer harks back to the first image she took on Sunset Boulevard and discusses how it developed into a decade-long project.

“This was the first picture I took that I really liked and it got me thinking of doing a series about people living on the streets.

This person was living on Sunset Boulevard – I walked by him many times and sometimes his place was very neat, like in the picture, but sometimes it was really messy. I went by often and most of the time he wasn't there. He lived alone in front of a huge parking lot by a busy highway. It's Sunset so there're only cars, you have no people walking past and there were no other homeless people in the area. You can get lonely in LA, very easily, because everyone drives around in a car and they’re oblivious to the homeless situation because they hardly see what happens on the pavement.

What I really liked about this photograph was the lamp. There are no electricity sources on the street, so some people would take it from the streetlights, but I don’t think there was a streetlight close by so it was just for decoration. There's also a skateboard, a carpet, a bowl with bright colours and a tile on one of the smaller boxes, so he was using these to decorate the place. One of the cardboard boxes is like a wardrobe and the other one is a like a table and there are food cans too. It all just feels a little bit homely – I can imagine if you're living on the streets and you have a very chaotic life with no privacy that you’d try to make the place as homely as possible. I think the way you arrange things says something about the person who lives there – how they add structure to their life, despite their situation.

I was staying in Hollywood when I took this photo and I talked about it with my neighbour and he asked me if I’d ever been to Skid Row. I had never been but I had seen all the Dorothea Lange pictures of Skid Row from the 30s but at this time I didn't even know where it was in Los Angeles! So I went and saw all these people living on the street and I decided to go back the next year and stay for six weeks. When I went back I met a lot of people – that's where the project started. In Holland, we have this word for homeless people, 'zwerver', which doesn't only mean ‘homeless’ but ‘wanderer’ too. What I noticed in Los Angeles was that people don’t roam around but instead stay in one place where they build a home – that really struck me.

I love walking around LA and you see all the concrete – LA is all grey concrete – so you're walking and then in the horizon you see all these bright colours in the distance and it looks very happy and then you get closer and you see that it's a home and it's a very sad situation. What intrigues me is human behaviour because these people are so strong.

On Skid Row, the police are always harrassing the residents because they want to clean the place up or they arrest them. Sometimes they go in and arrest a lot of people at once so there are fewer people in the area because the gentrification in Downtown LA is huge – they try to move the homeless to other places. The street cleaners used to sweep the streets and take away all the homeless people’s belongings, it really was a huge problem because they took away stuff that was very valuable to the homeless, but doesn’t look like much to others. The homeless went to court and they won, so the street cleaners can’t take away their belongings anymore – now they have to warn the people before cleaning.

Sometimes I had a terrible time and sometimes I had a wonderful time on Skid Row, but I learned so much and that's why I cherish this picture because it was the start of my adventures and to something I really enjoyed – working on Skid Row and on the book. I'm really trying to show the world the struggles these people face, so I really hope that people see the project so they can witness another side of Skid Row and then the problem will start to improve.” 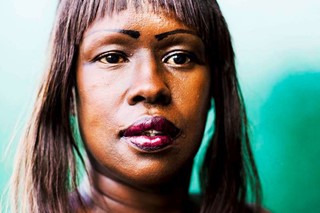 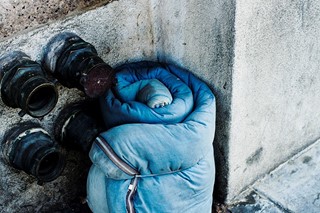 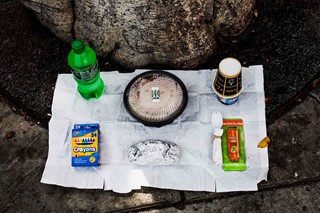 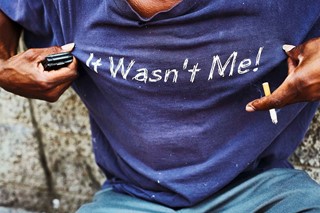 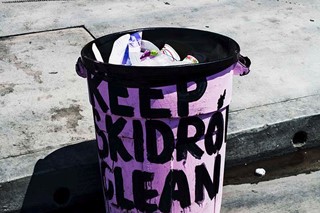 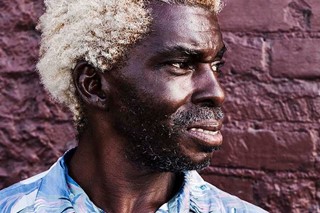