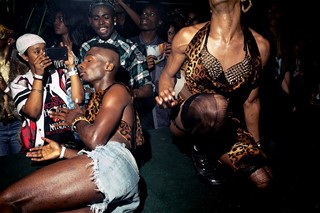 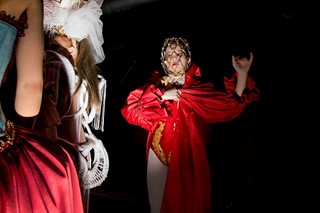 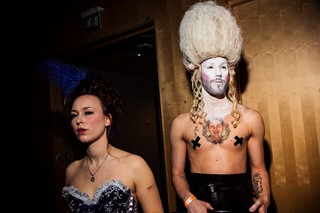 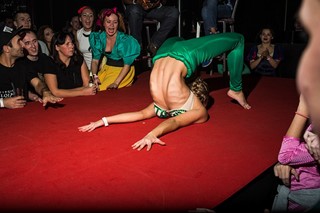 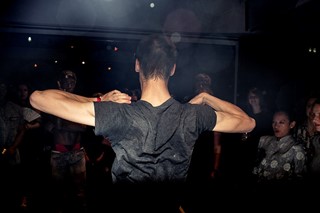 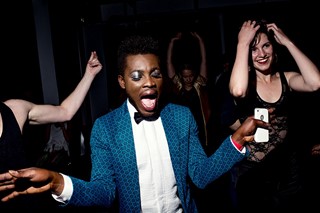 When you think of the Ballroom and Vogue scene you usually associate it with New York – with images of Paris is Burning stars Venus Xtravaganza and Octavia St. Laurent and their respective Houses. It seems New York have the monopoly on the subculture, however, on the other side of the Atlantic, a revolution is taking place. With their own Xtravaganza and St. Laurents, European cities like Tallinn and St Petersburg are carving out their own paths within the scene. Photographer Ewen Spencer first encountered it when a friend named Meshach showed him phone footage that he’d taken at a dance festival in Stockholm from a ‘whacking’ category final – high speed arm and hand movements which, Spencer says, has become popular amongst the scene. “There was a girl from Bulgaria competing against a Parisian guy I realised just how more dynamic Vogue has become. It was a mix of camp and aggressive street dance with so much humour and celebration thrown in,” explains Spencer. “Once I began making the pictures and seeing the results I was sure that there was a book worth publishing.”

Witnessing his first Ball in Rotterdam, which he says “will be hard to beat”, the photographer found himself in the backroom of one of the city’s clubs last summer. “I was struck by the diversity of the crowd; a complete mix and total camaraderie. Not many people drinking, (and there was) very little in the way of drugs – just total love for the performance and dance.”

With people travelling from all around Europe to attend the events, Spencer found himself impressed with the lengths people had gone to with their costumes and ‘walks’. “It’s sweaty and intense – pure, unadulterated escapism, and probably the best fun in terms of self expression and sexuality that I’ve encountered.” A big call to make as previously the photographer has documented the beginnings of the UK grime and garage scenes, as well as youth cultures in Naples, to name a few. “I think I’ve been lucky enough to have shared in some of the best party experiences over the past 25 years across the world and this scene has it all for me,” he muses. “The diversity of people involved is second to none and the tolerance and acceptance is exemplary.”

Set to be published in his upcoming book Come, Bring, Punish – Spencer explains his undying fascination with subculture, “The scenes based on music and style will never cease – they will always reinvent and reappear somewhere else to shake us up, and realise that you shouldn’t be caught sleeping.”