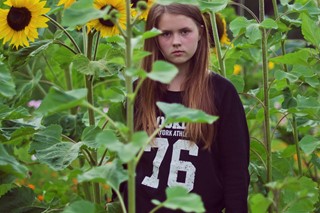 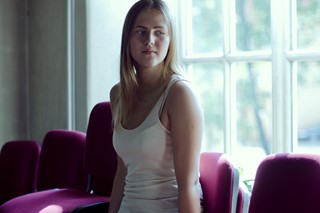 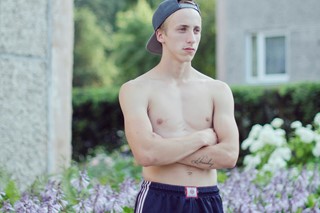 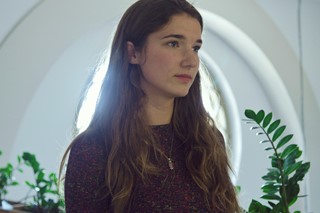 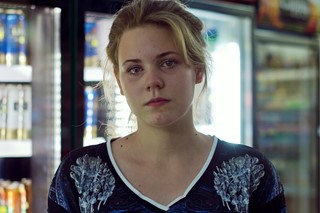 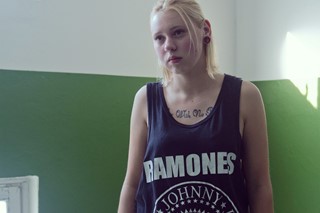 Anyone who grew up in a small town will remember the teen boredom and angst – how summer could go on forever. This is precisely what photographer Anastasia Shpilko wanted to capture when she documented teenagers in rural Latvia. She shot the project, titled “Before the Fall”, this August in Pelči, a village in western Latvia, and its nearest town Kuldīga. “I remember Pelči as savage gardens behind the neat fences, empty streets, dogs barking and the only grocery store which is regularly besieged by people craving for beer,” Shpilko remembers. “However Kuldīga, which dates back to the Middle Ages, isn't gloomy at all. With its unique preserved architecture it looks like a movie set. It’s emphatically ancient appearance contrasts with the liveliness that is this town in comparison to Pelči, which had a feeling like nothing is ever going to change there. In Kuldīga the atmosphere was a bit like on a railway station. I got the sense that many people either had just arrived or were about to leave.”

“I think that the most special thing about adolescence is its perception of time. Present tense is the only tense you actually live. You can't really regret the past years because there haven't been that many” – Anastasia Shpilko

Young people she photographed were between the ages of 13 and 18, most of them still at school. She found some of them on the street of small towns or at the bus stop, some through Facebook. The portraits are still and bathed in summer light, capturing the brief moment between childhood and adult life when all that matters is today. “Kids in Kuldīga have a youth centre to hang out at, and some of them get summer jobs. But mostly they would just play ball games, ride bicycles, go swimming, guys would work out,” Shpilko says. “As for the future, few of them have some career aspirations, I heard some saying they wanted to be in foreign affairs and others dreaming to get into the modeling business. But most of them, when asked what their plans for tomorrow are would suggest discussing it the following day. Generally, I got the sense that their hopes for the future are that it would be more interesting than their present. True that they are still having fun where they are but I guess they feel there's an end to it here, so many of them talk about their desire to travel.”

In a way, Shpilko’s photographs are very universal: the kids she photographed sport tank tops with Rihanna and The Ramones and could be the boys and girls from next door. On the other hand, it reflects the hopes and dreams of the new generation in a country on the edge of Europe. For the photographer it was also a chance to reconnect with a possibility of living in the moment, something we lose completely when we grow up. “I think that the most special thing about adolescence is its perception of time,” she says. “Present tense is the only tense you actually live. You can't really regret the past years because there haven't been that many. At the same time despite presumably many years ahead you don't build plans or strategies for the distant future as the present is so dense and consumes all your thoughts and your energy. You let small everyday things impress you and let yourself get caught up in the moment. You haven't learnt that from some psychological manuals and you don't force yourself to do that – it's just the way you are for the time being.”