28-year-old Lucien Clarke – currently skating for brands like Supra, Palace and Supreme – began hanging around London’s now-infamous South Bank when he was about 11. He’d just moved to London from his native Jamaica (“There isn’t a skate scene there at all,” he says) via a few years in New York where his dad owned a jewellery store in Brooklyn. It was at the south London skate spot that he ran into his now-fellow Palace team member, a young Rory Milanes. From there, he met the people (jokingly dubbed the Palace Wayward Boys Choir, an ode to the ‘shitholes’ they were renting around the city at the time) who would define his life and career.

Parallel and intrinsically linked to Clarke’s rise as one of Britain’s brightest young skate talents was that of Palace Skateboards’. Borrowing the name from PWBC, Lev Tanju’s brand shook the scene – both local and worldwide – with its satirical take on skate culture and some incredibly sought after clothing collections. Inevitably people took notice as Tanju and the Palace boys helped square Britain as a rival to America’s all-too-polished skate hype.

Reflecting on the most defining moment in his career, for Clarke, it’s Palace, “It was mental that, completely mental. It’s home,” he muses. Although unable to single out a specific memory, luckily, fellow PWBC members and photographers James Edson and Daniel ‘Snowy’ Kinloch, have been documenting it all, over – what they say – has been ‘about ten years’. It’s a milestone currently being celebrated across Europe with the PWBC 10 Year Retrospective tour. On show are rarely seen images that have so far tripped through London and Barcelona, with a final stop in Paris tonight and tomorrow.

Coinciding with what is perhaps the apex of his career so far, Clarke has just released his own shoe, the Quattro, with Supra. Below, we trace his trajectory, from the beginning – where the first time he tried to kick-flip, he says, he almost broke his back – to now. Using this image, taken in the lounge room of the Brixton ‘Palace’ by Edson when Clarke had just began skating in the early 00s, to pinpoint where things began to change, for him, the UK skate scene and the Palace Waywards.

“It was only after about four years after I moved here that I started skating. My step dad got me a skateboard. We were just walking on a family day out in a park and I just saw someone doing kickflips and stuff and I was just like, ‘that’s banging, that. That’s sick’. He got me a skateboard the next day and I literally haven’t stopped since then. I was like 14, and as soon as I got on it I almost broke my back, pretty much, but I just didn’t stop, I just loved it so much.

“Lev’s always been mad creative, he was like ‘I want to start a skate company and eventually get all the boys on it’. He knows what’s good” – Lucien Clarke

I met everyone through South Bank, Rory (Milanes) first – he’s been skating since he was fucking nine or some shit. He used to go to Kingston quite a lot and he was always banging on about it, then I just met everyone else, it happened naturally. Sometimes people have questions like, ‘how did PWBC come together?’ and I’m like, ‘it’s just life, you just meet people’. The ‘Palace’ was just a base for everything – we just sold loads of weed (laughs). I wasn’t living in the house, I was at home with my mum and had just moved to the country, but I’d go there quite a lot.

Lev’s (Tanju, founder of Palace Skateboards) always been mad creative, he was like ‘I want to start a skate company and eventually get all the boys on it’. He knows what’s good, and all his mates were getting buoyed off at the same time. They weren’t getting paid enough or something, or just having really bait edits or just a bait scene. What he did was fucking courageous. He literally had a plan in his head for time, and he’d told me back then, ‘this is going to be my life’ – I just had complete, 100 percent faith. Obviously I had no idea it would blow up, I had faith it was going to be a good skate company but obviously had no idea that it was going to get to what it is now.

All this (his Quattro shoe release) is happening because of Vaughan Baker (fellow skateboarder and ex-Supra team manager). This is all because of him – much respect to that guy. I started riding for Supra almost four years ago and the first tour I went on with all the American lot – TK (Terry Kennedy) and Lizard King and Erik Ellington – I was so nervous. I was tripping. I was so, so nervous. I was like, ‘alright, I literally have to go in and just try and skate as much as I can to get the best tricks’, or not even the best tricks but I just wanted to be myself but I was still way nervous. It was kind of like a trial and it was a European tour of France, Germany, Spain, and three cities in each country that lasted about three weeks. Meeting them lot – they’re a strong bunch so just meeting them was mad – I was trying to hold my own. It was fine, I was alright. Lizard King was trying to terrorise me a little bit, like, he was trying it for a bit and it wasn’t working, obviously. But that’s what happens, you join a strong bunch like that and someone’s going to give it a bit, you know? You got to hold your own.” 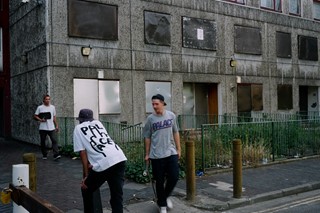 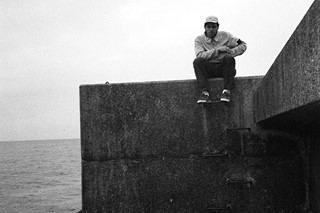 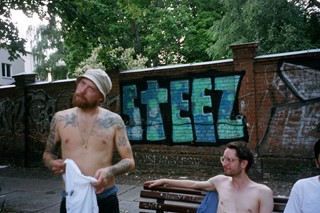 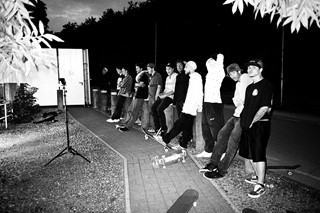 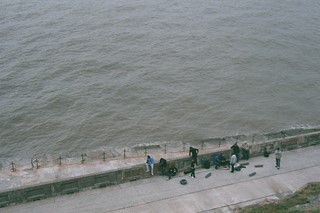 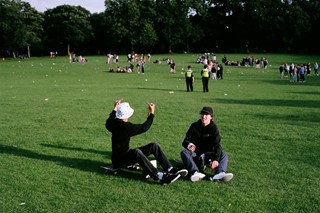