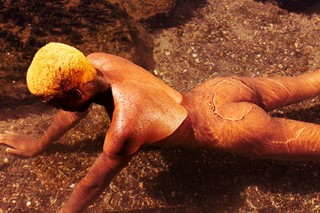 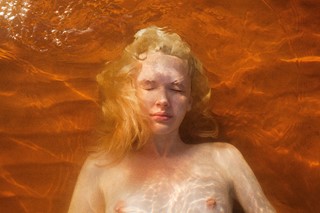 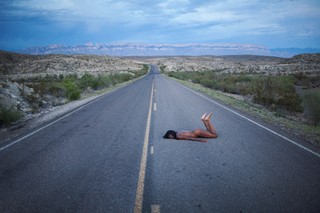 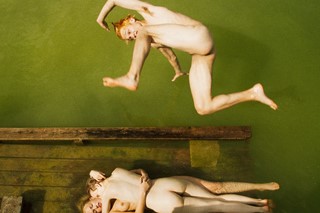 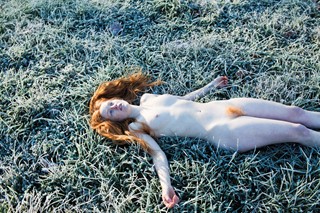 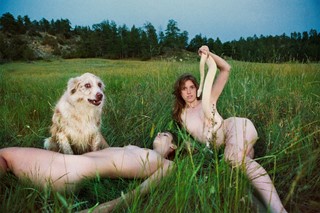 To say that American photographer Ryan McGinley was a prodigy is a bit of an understatement. At 25-years-old, he was one of the youngest photographers to get a solo show at the Whitney Museum in New York City. Four years later, in 2007, he was named Young Photographer of the Year at the International Center of Photography’s Infinity Awards.

But these achievements and plaudits partially obscure McGinley’s work ethic and background, not to mention how he seems to be mostly unvarnished by the photographer megalomania that plagues Terry Richardson. Growing up amongst young skateboarders and graffiti artists, both in his native New Jersey and in the East Village, McGinley made these kids his subjects. The velocity of their lives — the partying, the drugs, the sex, the movement around New York City – was the overriding theme, which McGinley chronicled at the time in a self-published book titled The Kids Are Alright (1999), a document that put him on the map and opened the gates into the Whitney.

McGinley is set to publish another book, Way Far, out 20 October, 2015 on Rizzoli. This comes only a few short years after McGinley’s last book, Whistle for the Wind, which featured a cover with naked, wanderlusting hipsters running across a highway, and similar scenes within its pages.

In Way Far, McGinley again takes the bucolic, hedonistic hippie 60s atmosphere and transposes it into the present. Here, the hippie is replaced by the hipster shaking off the shackles of LCD screens and social media, to revel instead in nature, which is as lush, green, fertile and indeed naked as the bodies McGinley trains his camera on.

There is a sublime beauty to the photographs in Way Far, a nostalgia pervading every inch of the frame. Aside from making viewers long for it, it might also make them wonder if America’s kids are actually still alright, not just pretending to be free and organic for their Instagram accounts.

McGinley tells us that Way Far is a selection of his best photographs from the last four years of work. “The last book that I released with Rizzoli was sort of my work from the beginning to the start of 2011,” he says. “This book is just photos from road trips and other trips.”

And McGinley’s annual summer road trips are legend. Many a young “artist” living in New York City has probably heard of them, and maybe even known someone who knows someone who got the Willy Wonka-esque golden ticket to join the party.

This band of beautiful and damned youth accompany McGinley on his bus, which he describes as “tricked out” Hertz rental bus, not some vortex of rock and roll excess. So, it’s not tricked out in the sense of a plush Burning Man bus interior, but set up for more practical purposes – areas designated for photography and camping equipment, a refrigerator for food, and “little shelves for things” throughout. During these road trips, the bus will transport up to 15 people, including models and assistants, as well as McGinley’s dog, Dick.

“Everyone’s happy and just being safe, especially since we’re shooting nudes, we have to look over our shoulder, and we have people posted up with walkie talkies to make sure there’s no cops around,” McGinley says. “Then there’s always a videographer that films every shoot so that we can kind of capture what we’re doing; and I’ve been doing this for maybe the last 12 years for my archives.”

Also aboard McGinley’s magical summer tours is a choreographer, Luisa Opalesky, who he says helps get the energy up and put the models in “interesting positions”.

“She also helps me figure out if an idea I have is possible to do, and controls the music,” McGinley says. “We have a lot of playlists just to set the mood. If I want it to be insane I have death metal. If we want high energy, I have hip-hop, and if I want it to be dreamy then maybe I have some really dreamy T. Rex songs or something like TLC.”

The summer road trip shoots typically take place at dawn and dusk. The day begins in blackness, with the photographic and his group of models and assistants awakening at 4:40 am. McGinley says that he likes to shoot at dawn because it’s almost like emerging from a womb.

“It’s really quiet because nobody really talks, and so it’s really about body language,” he says. “When you watch as dawn starts to happen, the light starts to come and the sun starts to just peek over the horizon, that time is really important for me for light because it’s extremely soft and everyone’s emotions are really soft.”

Rather surprisingly, given the cinematic nostalgia dripping from the photographs, McGinely does not shoot on film. Instead, he says he always shoots with either a Canon 4D or Nikon D800. As a result, Way Far is a book of all digital photographs.

“I used to shoot film up until 2010,” McGinley says. “All of these photos are from 2011 to 2015, so everything’s digital. I’m not such a technical person with the camera. I like to put it on automatic, I shoot a lot, and then I edit it down to one photo to represent every shoot.”

McGinley shoots the models from 5:00 am to 9:00 am. They then retire to the campsite for breakfast, and then everyone goes to sleep around noon. The sleep continues until 5:00pm, when they once again awaken to capture the golden hour light, shooting from 6:00pm until 9:00pm.

Not surprisingly, the dawn chorus and golden hour light saturates the photographs in Way Far. In these photos there is also a heavy emphasis on various hues of green and red. In one photo, which features four naked bodies climbing a dense green hillside, the air looks heavy with moisture that has a red tint, either from the dawn or dusk light. In other photos, girls with red hair are set against lush green flora, or soaked in a lake made red by minerals and clay.

“Being a photographer, you’re always searching for colour, and this definitely happens when I’m looking for locations,” McGinley says. “It could be something like that (red) lake. I went to that lake specifically for the minerals and because it’s so saturated with oranges and reds. The same way that a painter would choose a colour to paint with, I’m looking for colour in locations.”

“It sounds really simple and kind of stupid, whatever colours that are available will make it into the photograph and make the photographs,” he adds. “You have to think of nature in terms of colour and shapes.”

In Way Far, the colours and shapes belong to both the nude models and their surroundings, and the interplay and harmony between them. But McGinley says the book isn’t limited to summer photographs. Photos taken in the fall and spring also appear in the book.

“For this past year’s work, I only shot upstate,” he says. “I’m so used to traveling such long distances to take photos, and it was really nice to be within one to three hours of New York to shoot photographs. It felt like it was in my backyard.”

Way Far – published by Rizzoli – will be available in November