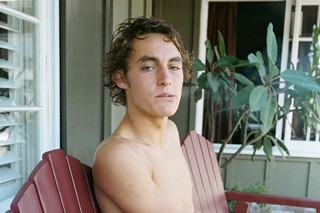 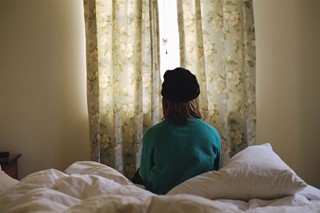 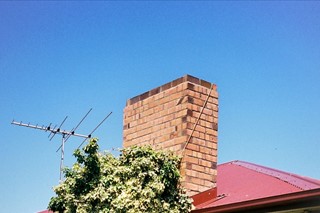 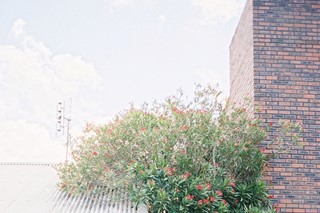 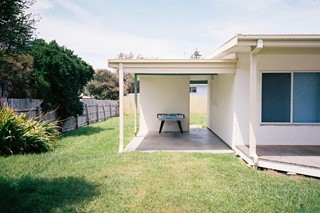 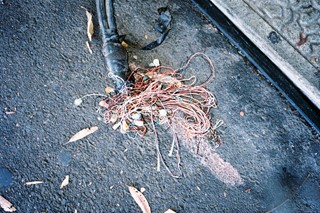 It wasn't until he bought an old Pentax camera around a year ago that Ed Phillips' natural flair and love of photography sparked. He admits to previously "shooting randomly at things", and not paying much attention to visual imagery. Over a year later and with a bit more experience under his belt, it's great to see the youthful, almost naïve spirit to Ed's photographs has remained intact. When he's not shooting he spends his time surfing, skateboarding, reading books, and has a penchant for drinking good coffee. He counts his influences as Jeremy Liebman, Juergen Teller and Dom Bui among others – and this roll of film, shot around the backstreet of southern California, shows his ability to skillfully play with his influences. Based primarily in London, Ed and a close friend are currently driving 3000 miles along the coast of Australia, camping from town to town, and doing odd jobs for cash to keep their trip going. At just 20 years young and with a zine on the way, he's got plenty of time to fine-tune his craft - but does he need to?

Dazed Digital: What was the first picture you remember ever taking?
Ed Phillips: I think I was about 8 and I took a photo of my pet rat on my shoulder with my dad's digital camera. I spent hours trying to get it onto the computer and eventually worked out how to print it.

DD: What images really changed your perception of photography and were a catalyst to make you pursue it as a career?
Ed Phillips: It was around a year after I bought an old Pentax 35mm camera, I had no idea about photography and was just shooting randomly at things. Then I was shown a Stephen Shore book and remember thinking how great those images were, it was completely different to any photography I had ever seen before.

DD: What aspect of your work makes you most excited?
Ed Phillips: Actually taking the photos gets me more excited than the photos I produce. Although I do enjoy the excitement of looking at my new photos, I find searching around new places, streets, woods and people's gardens for photos more interesting than looking at the photographs themselves.

DD: What do you look for in a good photograph?
Ed Phillips: I guess I'm most drawn to subtle photos, where you have to look for a while to work out why you like it. Alot of the time I'm just not sure why I like a certain photo.

DD: Where in the world is your ideal location to shoot?
Ed Phillips: I have spent quite a lot of time in Southern California and really enjoy shooting there because there's so many interesting things and places. I would like to see more of America and take loads more pictures.

DD: Your images have a strong feeling of whimsicality and vivid colours, is there a method to finding the perfect picture?
Ed Phillips: I don't usually spend much time composing photos or staring at whatever it is, everything happens pretty fast and flustered. I'm not sure whether this is a good thing or not.