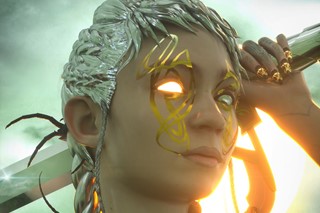 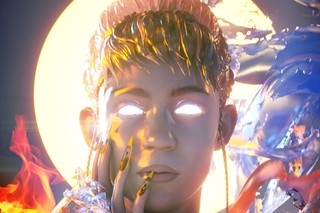 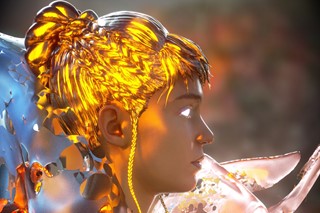 Grimes and The 1975 have joined a lineup of musicians set to create art installations for Undercurrent, an upcoming audiovisual event that aims to raise awareness of charities fighting the climate crisis.

Featuring 60,000 square feet of original audiovisual art, the event promises to “bring together musicians, artists, creatives, and climate experts to present their reactions to the climate crisis through new interactive multimedia installations”.

“If we don’t protect the environment, the future of consciousness will be artificial, not biological,” says Grimes, in a statement on her installation. “Would mental health and wellness even be relevant in a world where emotions aren’t an evolutionary advantage?”

“AI meditations were created by a generative language program that was provided with meditations made by humans and, based off of those models, created its own meditations without the guiding aid of human emotion. Personally, I find beauty in this work, but it represents a distinct artistic shift from things written by humans.”

“This work isn’t critical of AI, but rather a neutral depiction of what the wellness landscape might look like without us.”

Grimes has previously developed an AI-driven lullaby along the same lines, as part of her ongoing exploration of artificial intelligence (which has seen her consider the technology an existential threat, or else “the fastest path to communism”). Her next album, meanwhile, is set to take the form of a “space opera” revolving around a lesbian AI.

Undercurrent will open in Brooklyn, NYC, on September 9, 2021. Watch the trailer below, and find tickets here.