According to new statistics released by the Home Office, hate crimes have increased in the UK between 2021 and 2022. This follows on from last years’ “record number”, indicating a worrying uptick in violence towards minority groups.

Given that hate crimes had already doubled since 2013, these are staggering increases. At 51 per cent, public order offences (such as verbal abuse and harassment in public) were the most common type of crime reported, with assault coming in a close second at 41 per cent – something to bear in mind when people no doubt try to argue that the increase is attributable to right-wing academics being canceled for speaking truth to power, or whatever.

So why has this happened? The Home Office’s report suggests it’s unclear whether we are seeing the results of improvements in how police record crime or whether there has been a genuine rise. But hate crimes do tend to increase during times of social turbulence, when minorities are scapegoated. Considering how volatile the last few years have been – a period which has seen Brexit, the Covid-19 pandemic and a series of political and economic crises – it’s not surprising we are seeing an increase. And it should be clear to anyone that, from internet trolls with Union Jack profile pics to the high offices of government, there exists an extraordinary level of vitriol towards minority groups in this country.

The Home Office report suggests social media could have been a contributory factor, stating “Transgender issues have been heavily discussed on social media over the last year, which may have led to an increase in related hate crimes." This framing, while probably true, lets the traditional media off the hook for its role in creating and upholding institutional transphobia. It’s hard to believe it’s a coincidence that transphobic hate crimes have soared to such a staggering extent at the same time that our most widely read newspapers have been publishing weekly, if not daily, articles depicting trans people as a threat to society. It’s equally unsurprising that years of high-profile politicians railing against migrants would correlate with an uptick in racially-motivated offenses. If hate crimes are increasing, the most powerful in society bear the moral responsibility.

"The Home Office has identified social media as an exacerbating factor in the rise of hate," Cleo Madeleine, communications officer at trans youth charity Gendered Intelligence, tells Dazed. "This is a model that we are increasingly seeing used by far-right groups to target and shut down those who support the trans community. In the US, similar online hate campaigns have led to bomb threats against children's hospitals and attacks against abortion clinics. But social media is not in and of itself the root of this evil. This hate stems from a government that proudly installs long term opponents of LGBT+ rights in positions of power, from a human rights watchdog that undermines the equalities law it ought to uphold, and from media outlets that constantly push the narrative that trans people are threats."

"Trans people just want to get on with their lives," Madeleine continues, "but more and more, this means risking violence. And it doesn't stop with trans people: hate crimes against the whole LGBT+ community are following suit. Many of these incidents are violent. And until the government starts to show support for the community - in the first place, by getting the ban on conversion practices over the line - this trend of state-enabled violence is likely to continue."

Would it really be so bad if AI took our jobs? 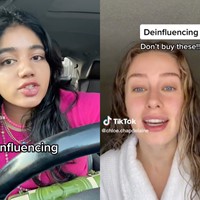