In the wake of the CÎROC Iconic Ball in London, Pose co-writer and Legendary executive producer Jack Mizrahi and legendary mother Sinia Alaïa speak about the history and future of this vital form of queer expression 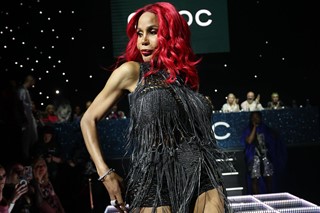 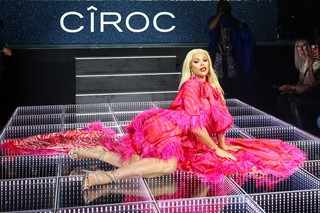 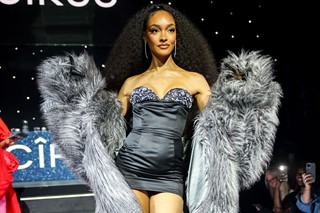 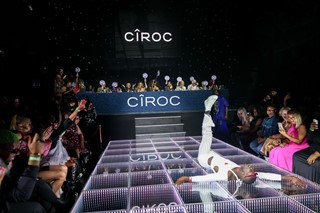 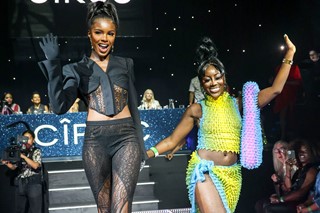 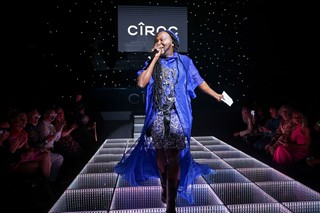 On July 1, 1972, some 700 people gathered in Trafalgar Square for the very first Gay Pride march, carrying banners and chanting slogans of love and liberation. Over the next half-century, activists challenged bigotry and changed laws, transforming the landscape of the UK for generations to come. To celebrate the 50th anniversary of the UK LGBTQ+ Pride movement, CÎROC Ultra-Premium Vodka launched the inaugural CÎROC Iconic Ball on June 30 at KOKO in Camden, London. The event was created in support of the charity ‘Not A Phase’, which works to create safe and affirming spaces for trans+ and gender-non-conforming communities nationwide.

Hosted by Jack Mizrahi, Jonny Woo, and Shon Faye, the ball featured categories including: “Smooches Darling” (Vogue) to honour Ted Brown, who organised the groundbreaking 1972 ‘Queer Kiss-In’; “Outrageous Power” (Fashion Bazaar) to celebrate DJ Ritu, a member of Club Shakti in 1988, which created a space for queer British South Asians; “Queer Here… Get used to it” (Face) to salute the explosion of queer culture in 90s Britain; “Transparent Supporter” (Best Dressed) to praise Vicky Lee with looks in the colour of the trans flag; and “Wedding Crasher” (Runway) with looks in colours of the LGBTQIA+ flag. Community legend DJ Biggy C provided the soundtrack for the ball.

Here, Pose co-writer and Legendary executive producer Jack Mizrahi and Sinia Alaïa, legendary mother of the House of Alaïa and known as the ‘Blueprint’, share a wealth of wisdom gathered over a lifetime in the ballroom scene, offering a look into their journeys, hopes and dreams.

Can you tell us about what the New York ballroom scene was like back in the early 90s, when you got your start?

Sinia Alaïa: I was introduced to ballroom through a girlfriend of mine that kind of started me on my transition. She took me to a couple [of balls] but I never walked in one until 1989. It was for the category ‘realness‘ – that’s where you’re passable out in the streets – and I won first prize. I will never forget that day. Someone told the person [in the category with me], “Girl, you gotta watch out for her. She’s gonna be your competition.” She looked at me and then said, “The most known will always win.” It hurt my feelings because this was my first time walking the ball and I was really young so I didn’t understand but that fuelled me and made me a bit rambunctious. If you tell me I couldn’t do something, I would definitely bring every aspect to it. Through the years, I was able to conquer everything that came at me.

Jack Mizrahi: Sinia and I were raised up in this together. This is my sister. We actually lived right down the street from each other in Harlem, where she was born. I got into the scene in 1991 and 92. I was having so much drama; the boys were trying it and I had a lot of fights after school. Some days I would just cut. I met a guy who told me we were going to a club. I went to my first club, Tracks on 19th Street, on Saturday night. I had never seen anything like it in there. There was a guy who danced with Madonna and a blond guy voguing in the middle of the dance floor. I watched them all night. I came to find out it was Andre, now Mizrahi, and he gave me a flyer to the ball.

I went to the ball to watch and fell in love with it. When I heard the commentator speak, I was like “I can do that” because I was in drama clubs and competitions. Two days later, Andre called me and said, “I just opened up my house. You’re a photographer and I want you to take pictures of the house for me.” That’s when I met everybody and my life changed in that little basement apartment. It was the humblest studio with a broken bathroom and kitchen, and no lights except in the living room. But it was like Cinderella’s palace for us because that was the place we could be ourselves. We argued, fought and talked crap, but we loved each other and we couldn’t stay away from each other.

Can you share some of the core aspects of the community that have transcended the passage of time, and remain at the heart of ballroom today?

Sinia Alaïa: Coming from a home where maybe you weren’t accepted and then finding a family that accepts everything about you and encourages you to be the best version of yourself is just like wow, wow! Just having that support, the family core, having people see greatness in you before you even see it in yourself – participating in the ballroom, that is the place where you rise to the occasion and actually become it yourself. And you pass it on: you see the greatness in generations to come and you encourage them to walk toward their greatness so that they can wind up becoming. And then there’s the rush, this attitude that we have – we own it. We’ve learned to walk into rooms with our heads held high with anyone in our community, no matter what they look like or what stages they are at in life, in transition, or whatever. It’s an immediate connection and it changed the kids I chose to join the house.

Could you speak about the impact of Pose and Legendary, and the ways in which ballroom is portrayed in the mainstream?

Jack Mizrahi: Shows are giving us an opening. Paris is Burning brought us to the table and these shows are pulling the chair back for us – and we’re going to have the rest of the world sit at the table when these programmes are coming directly from just us. We’re taking the tools and exposure that we’re learning, things we couldn’t get before because of lack of access, and we’re getting opportunities to learn storytelling and production. That’s when we will be in the driver’s seat. It’s good to be in the room, to know that we can take the wheel soon and hit it out of the stratosphere with what we need to show and talk about. I cherish it. The generations before us are the ones who went through it the longest and ensured it the hardest, so it’s our duty now that we’re the ones with the opportunity to make sure that the ones behind us will be able to go even further. They have a dream.

Could you speak about the importance of partnering with CÎROC on the first-ever Iconic Ball to honour the 50th anniversary of the UK Pride Movement? What does it mean for Pride and ballroom to be internationally visible in 2022?

Sinia Alaïa: I’m very excited to be a part of this monumental event. This is groundbreaking to have all the iconic mothers together. It’s amazing for a girl from Harlem to be in London doing something with such an iconic brand that always supports the community. I’m ecstatic to be here with my ballroom family to create this moment in history.

Jack Mizrahi: Sinia, what makes this even more groundbreaking for us was that our first international trip was to London. We came with the club caravan, performed here, and went to Buckingham Palace the next day. It’s full circle to be back here doing this. I love the history! We’re giving a peep into our community, bringing iconic figures who have done amazing things in the culture and the iconic mothers who have helped raise a generation of kids. On top of that, were able to amplify 50 years of Pride in the UK and highlight London’s ballroom scene. The Queen’s Jubilee was cute, but this is a celebration!

What has most surprised, delighted or inspired you about the ballroom scene as it continues to evolve over the years?

Sinia Alaïa: Ballroom is all over the world now. Just seeing the new talent and technology – kids today are far different from the kids of yesterday. It’s so lovely to see them go on to these amazing careers, writing, doing production and documentaries, being creative, driven, and taking our community to the next level give you so much hope for what’s to come in the underground world. The sky’s the limit.

Jack Mizrahi: When you watch the evolution of vogue, it’s getting more dynamic. I’m watching Brooklyn Juicy Couture on Legendary season three – she’s just death-defying. They’re getting bolder in their choices, super innovative with the moves, and lightning-quick, and they’re still keeping the traditional elements of vogue. It’s supposed to look like a pose, to be beautiful. You are manifesting something from deep inside. I’m just loving the evolution of the categories.

Could you share a few words of advice and inspiration for LGBTQ+ people coming of age today that might help them with the challenges they face?

Sinia Alaïa: Be true to yourself, whatever that may be. Don’t let anyone box you in, no matter if you feel like you’ll be ridiculed for being the true version of yourself. Love yourself. Be kind and forgiving of yourself. And understand that not everyone is going to love you. Not everyone is going to like you. However, loving and liking yourself is the best thing that you can do no matter what. Anything else is an accessory. You can wear it or not.

Jack Mizrahi: I mirror exactly what Sinia said. The only thing I would add is: think for yourself, know what’s for you and what’s not for you. Find yourself, know yourself, love yourself, and be good to yourself.