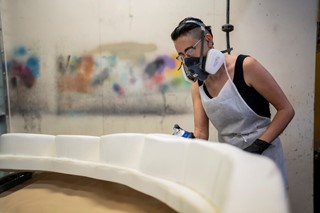 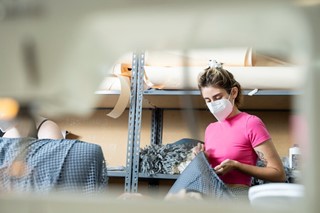 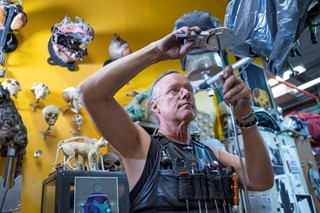 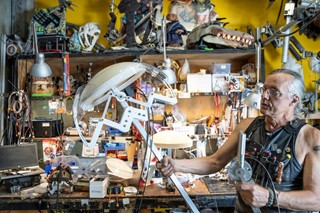 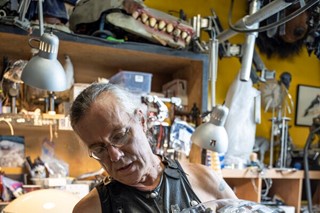 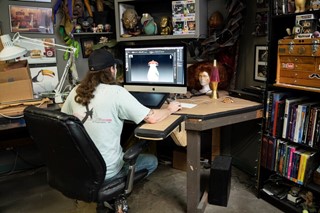 With the stage adaptation of Studio Ghibli’s My Neighbour Totoro coming to London’s Barbican this October, the Royal Shakespeare Company has revealed a behind-the-scenes look at the show’s puppets, created by Jim Henson’s Creature Shop, AKA the legendary puppet company behind The Muppet Show, Sesame Street and Labyrinth.

The puppets, designed by international award-winning puppeteer Basil Twist (Symphonie Fantastique), are currently being built at the LA location of Jim Henson’s Creature Shop, and include a life-sized Totoro and cat bus.

“I feel an immense responsibility to bring the iconic characters of My Neighbour Totoro to life on stage. I want to honour these characters and capture the enchanting mystery of this beloved story. I want audiences to be inspired by the same feeling they get from the film when they meet Totoro on stage, so I chose to bring in the team at Jim Henson’s Creature Shop to make sure we got it right,” said Basil Twist, puppetry designer on My Neighbour Totoro.

“The Jim Henson Company is synonymous with imagination and childhood. I have been building puppets since I was a young boy, and to me there is still nothing more magical than when a seemingly inanimate object comes to life before your eyes,” he added. “I have worked with the team at the Shop over the course of my career, so when I accepted this challenge and needed a team who could build my designs and bring Studio Ghibli’s treasured characters to life, I knew it had to be Henson. I truly believe we are creating something extraordinary.”

The much-loved 1988 anime by Hayao Miyazaki will be brought to the stage by its original composer Joe Hisaishi, with a script by the Royal Shakespeare Company’s Tom Morton-Smith. The production is also supported by Loewe, which first began collaborating with Studio Ghibli last year with a capsule collection inspired by the 2001 Oscar-winning animation Spirited Away.

The global stage premiere of Studio Ghibli’s My Neighbour Totoro will open at the Barbican on October 8, 2022. Take a look at the behind-the-scenes puppet action in the gallery above.