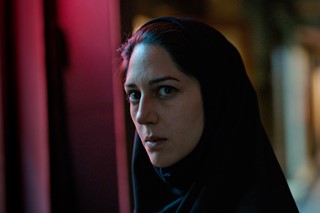 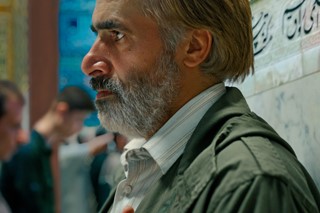 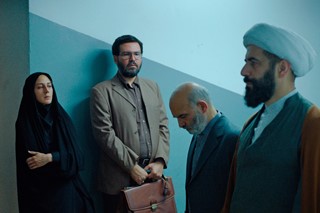 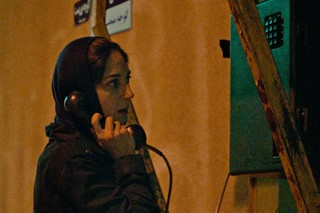 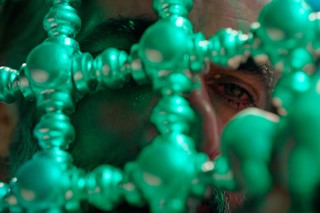 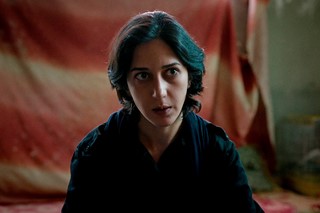 Holy Spider seems to have captured a moment. The Persian-language serial-killer thriller, written and directed by Ali Abbasi, is an evocative exploration of misogyny in Iran, and its theatrical release has run in parallel with the country’s protests for women’s rights. However, on a Zoom call from LA in mid-January, the 42-year-old genre-hopper suggests it’s not that simple. “I don’t feel like my movie is a topical movie,” says Abbasi. “It’s not about the plight of Iranian women. It’s not about how bad the government is. It’s a cinematic experience I’m proud of, that I finetuned for many years, and is about something more universal that sometimes gets drowned in the political conversation.

“But I’m happy that every time my movie gets mentioned, the uprising in Iran comes up. It’s such a huge moment. If I can get people’s attention to it, that’s great.”

Though Holy Spider, which was shot in Jordan, resembles an Iran-set Se7en, its lurid, movie-ready plot draws from the real-life case of Saeed Hanaei, a war veteran who murdered 16 women in 2000 and 2001, landing himself the nickname of the “Spider Killer”. As documented by Abbasi’s script, Hanaei’s choice of victim – he sought out sex workers – meant that Mashad’s conservatives considered him to be a local hero.

The support for Hanaei (played with a chilling amiability by Mehdi Bajestani) is particularly sinister as the film’s first half depicts several of the killings from his POV, as well as the façade of a friendly father he presented on the side. So much so, at Cannes, a Guardian critic tweeted, “I hate that I was made to watch this hateful, reprehensible, atrocious motion picture…  I am confident (hopeful?) it will never see the light of day in American theatres.” In actuality, the film was picked up by Neon in the US and MUBI in the UK; it’s also shortlisted as Denmark’s entry for Best International Feature at the Oscars.

Chuckling when I reference the tweet, Abbasi posits that film critics tend to underestimate general audiences, and that they themselves can be narrow-minded. “These people expect something from an Iranian movie,” the director says. “It’s the Nespresso principle. When you go to a festival, you have the cool movie from the US, the edgy movie from Korea, and then the movie about misery told in a metaphorical way that’s heavily censored from Iran. When my movie doesn’t behave like an Iranian movie, they think it’s flawed.”

He continues, “I’ve seen reactions change from Cannes, some from the people who felt the movie was getting pleasure out of women being tortured in close-ups. A few months later, they understood there was a context for it when the uprising in Iran started. Nowadays, I get requests from feminist magazines, and it’s seen as a feminist film.”

After all, the real protagonist of Holy Spider is Arezoo Rahimi, a journalist who tracks down the Spider Killer, even disguising herself as a sex worker to attract his attention. The role is played by Zar Amir Ebrahimi, a casting director for the film who ended up playing the lead when the original actor dropped out at the last moment. While Ebrahimi has prior screen experience – she was a former TV star in Iran who fled the country following the leak of a sex tape – there’s still noticeable grit to a performance that won her the Best Actress prize at Cannes.

‘There’s the DNA of the Islamic Republic in this. The suppression of women and sexuality isn’t a fluke; it’s very much part of the system, and what keeps them going. I think that’s the main reason they’re so angry with us. They look at our movie and see themselves in the mirror. And they don’t like it’

Abbasi himself has a history of bizarre, unconventional films that are oddly watchable despite how their premises read on paper. While Abbasi lived in Iran during the years Holy Spider took place, he went to film school in Denmark, which was where he shot the 2016 slow-burn horror Shelley. However, his breakthrough was 2018’s Border, a Swedish, transgressive, gender-bending romance that toys with prosthetics, trauma, and the endless possibilities of the human body.

Tellingly, Holy Spider thanks two genre titans, Bong Joon-ho and David Lynch, in its end credits. The former, a friend of Abbasi’s, offered feedback on drafts and early cuts; the latter, more of an acquaintance, is a lifelong inspiration. I ask Abbasi to what extent he wanted Holy Spider to be as entertaining as, say, Parasite, when it’s also dealing with real tragedies.

“I don’t do a product,” says Abbasi. “When you do a studio movie, it’s like ice cream. An idea goes through a process of development. Prototypes are tested and tweaked. But my way of working is more intuitive. Do I want it to be entertaining? Yes and no. Because the subject matter is so heavy, it’s important there’s a force against its inertia. I want to give people motivation to wait for the next minute. Some people will find the decisions tasteless, and others vice-versa. It’s something I’m really aware of.”

“Iran has always been seen as a conservative country,” says Abbasi. “But it’s a country where everything is almost hypersexualised. You’re acutely aware – at least in the heterosexual context – that when you go on a bus, you go to the men’s part or women’s part. You shouldn’t touch women in this way or that way. I worked with women for years without shaking their hand.

“But what makes it very charged is that there’s a whole system that wants to intrude on people’s lives. They want to literally control how and who and where you fuck. At the same time, there are a lot of contradictions. Sex outside of marriage is banned and frowned upon, as is prostitution. On the other hand, you have temporary marriage, which is basically state prostitution that happens in religious offices.”

He continues, “There’s the DNA of the Islamic Republic in this. The suppression of women and sexuality isn’t a fluke; it’s very much part of the system, and what keeps them going. I think that’s the main reason they’re so angry with us. They look at our movie, specifically Saeed’s character, and see themselves in the mirror. And they don’t like it.”

Also during the pandemic, Abbasi was a director on HBO’s adaptation of the videogame The Last of Us. Kantemir Balagov, the intended helmer of the pilot, left due to creative differences, and Abbasi commented to IndieWire in May 2022 that “the Hollywood system is a little bit like working in Iran for me. I can’t do it.”

When asked about those remarks now, Abbasi says, “I just saw the first episode, and I think it’s turned out great. I’m happy and proud of working on it. It’s not like I’m negative about it. Coming from Europe, [Hollywood] has strange rules and regulations, and that’s not a secret. There’s a lack of transparency, and everyone’s afraid of tackling controversial subjects. Those things remind me of Iran, absolutely.

“But Iranian cinema is a propaganda machine for a criminal, ruthless, brutal regime. I don’t think that’s where Hollywood is, really.”

Holy Spider is out in UK cinemas on January 20