The director talks to Nick Chen about his dreamy new thriller The Wonder, working with Florence Pugh, and the art of ‘delicious cinematic pleasure’

The Wonder could also be called The Wander. In Sebastián Lelio’s dreamy, Hitchcockian thriller, a recurring image is of Florence Pugh pacing around in circles or marching up and down hills, usually on her own, a look of concern across her face. No, Pugh isn’t cogitating how to address questions about Don’t Worry Darling, but she stars as Lib Wright, a Nightingale nurse in 1860s Ireland with an impossible mystery to solve: an 11-year-old girl, Anna (Kíla Lord Cassidy), has apparently not eaten for four months.

On her endless walks, Lib gradually realises that Anna is testing the power of human imagination. That should be clear, though, given that The Wonder has a bravura, Brechtian opening: on a modern-day soundstage in an airport hangar, a film crew set up a shot while the camera pans to reveal Pugh preparing for her first scene. Meanwhile, Niamh Algar, as herself, instructs the viewer to suspend their disbelief for the following 100 minutes. “I worked on the meta dimension a lot,” Lelio tells me in Corinthia Hotel. “And I defended it a lot. Cinema is more than just the characters.”

Lelio, a Chilean filmmaker, has previously tinkered with reality in his dramas. Notably, in A Fantastic Woman, which won an Oscar for Best International Feature, trippy sequences replicate the mindset of a transwoman depicted by Daniela Vega. For The Wonder, Lelio took inspiration from the “you are watching a film” intros of Persona, Fahrenheit 451, and Le Mépris. “The Wonder is about the fiction in our lives,” the 48-year-old director explains. “The stories we tell ourselves; the stories we impose on society like money, democracy, and religion.” Thus Algar counts down when the movie-within-the-movie begins. “I want the viewer to be active and awake. The film asks them: what do you believe in? Can you change beliefs if reality demands it?” 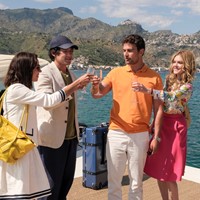 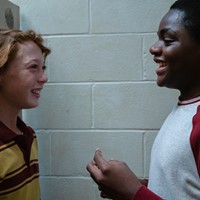 Though the beliefs of Lib, a visiting Englishwoman, are rooted in science, the reality she encounters is the state of Ireland shortly after the Great Famine. Determined to disprove Anna’s superhuman capabilities, Lib takes turns with a nun to watch over the child, ensuring no one sneaks her food. But Lib learns that Anna’s supposed fasting could also be a knock-on effect of religion. “I didn’t know the cultural specificities of how fanaticism operated in 1860s Ireland,” Lelio says. “But I did know that dynamic because I grew up in Chile during the 80s, during a dictatorship, in a very Catholic country. That was my way [into the story].”

After playing the festival circuit with his early features, Lelio gained more notoriety with his fourth film, Gloria, a glorious, Spanish-language disco-drama with a 58-year-old lead. Since then, he’s continued directing female-fronted stories: A Fantastic Woman, Disobedience, and a remake of Gloria with Julianne Moore. For The Wonder, an adaptation of a novel by Room author Emma Donoghue, Lelio co-wrote the screenplay with Alice Birch (Normal People) and Donoghue herself. Once the script was finished, Lelio picked Pugh as his first choice for Lib – Birch also wrote Pugh’s breakthrough role in Lady Macbeth.

“Florence is thinking a lot in the film, and trying to understand if something ominous is happening,” Lelio says. “She’s so brilliant that her thoughts are palpable. But that’s an effect. She’s not really thinking. You, the viewer, are thinking. And when she does extreme acts that are morally complex – we are still on her side. You need Florence’s integrity so that we’re still on her side, even when she’s doing something quite polemic.”

In my mind, Lib’s wordless magnetism recalls the fascination over the Don’t Worry Darling red carpet drama, and how the public generally sided with Pugh, even though she remained silent throughout. The example I say out loud to Lelio, though, is at the end of Midsommar in which the audience grin when Pugh’s character opts to kill her boyfriend. “Exactly,” Lelio. “She can transmit her thoughts telepathically to the viewer. She’s a really magnificent actress.”

When Lib is wandering and wondering – or taking opium – the film will occasionally dip into out-of-body experiences, aided by Matthew Herbert’s score and cinematography by The Power of the Dog’s DP Ari Wegner. In one hypnotic match cut, Lib stares at a hilly backdrop that morphs into Anna sleeping on her side. “Lib is so connected to the girl that the girl becomes the landscape,” Lelio explains. “It’s the same with the spinning bird, with Lib’s face at the centre. These are things from 1930s cinema.”

However, the grainy yet modern look of The Wonder – shot on digital, transferred to film, then digitalised – borrows from the end of the 90s, a period when movies could be shot digitally but had to be projected on 35mm. “I did it with my first film,” he says. “But now it’s for aesthetic reasons. It’s a beautiful process”

Even with a global pandemic, Lelio has released four films in five years. He’s currently juggling a number of potential projects, one of which is Bride, a sci-fi he’s cowritten for A24 in which Scarlett Johansson will play a robot that escapes its tech bro owner. While Bride may sound like a leftfield turn, The Wonder is actually a ticking time-bomb thriller with Lib as a detective racing against biology – Anna could starve to death at any point. Tellingly, Lelio brings up Hitchcock’s adage that a film shouldn’t be about reality, but it should be a delicious slice of cake.

“One of the main challenges was to find that deliciousness and that cinematic pleasure,” Lelio says, “because of the seriousness of the themes being explored. Tough things are happening, but you have to find a way for the film to be made of air, and to somehow float and lift off.” And how would he define those cinematic pleasures? “When you’re lost in a passage of a film, and you wake up from it for a little moment. You realise it’s been 15 minutes of complete immersion – that’s the glory.

“There are two projections. There’s a film that exists outside the viewer, and there’s a film happening within the viewer. The film triggers the viewer’s own fantasies, desires, fears, and imagination. That’s what’s I love about film.”

The Wonder is out in cinemas on November 2, and will stream on Netflix from November 16