Director Jonas Poher Rasmussen discusses his devastating new film, Flee, which follows the five years in the life of an Afghan refugee 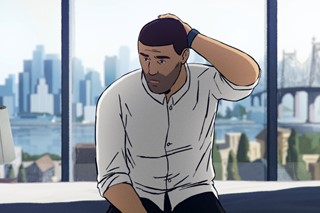 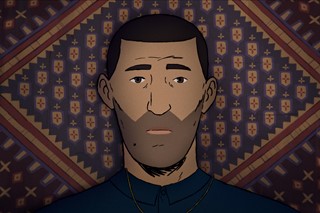 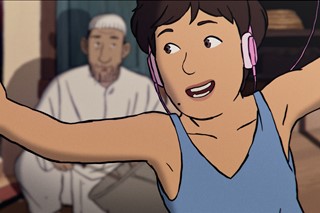 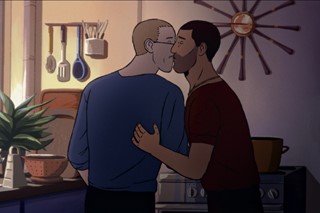 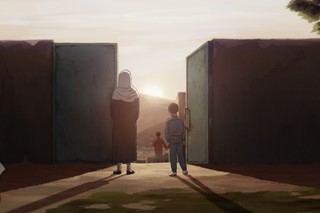 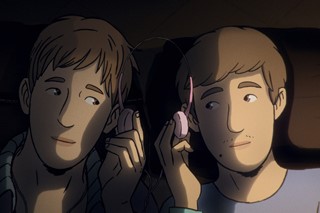 The subject of Flee doesn’t use his real name, nor do we glimpse him outside of 2D animation. Amin Nawabi, his pseudonym, is a refugee who, as a child, survived a perilous five-year journey from Afghanistan to Denmark. Escaping the Mujahideen in Kabul, Amin found himself in shipping containers, an Estonian prison cell, and a claustrophobic hideout in Moscow. As an adult in Copenhagen, Amin’s past was still shrouded in secrecy – until he opened up to Jonas Poher Rasmussen.

Rasmussen, now 40, was 15 years old when he encountered a similarly aged Amin on a train. The pair formed an instant kinship, bonding over pop music, but the Danish director only learned of Amin’s traumatic childhood two decades later. After initially planning an audio documentary, Rasmussen interviewed and filmed Amin for Flee, translating his anecdotes into a jaw-dropping blend of hand-drawn animation styles. As a piece of art, it’s mesmerising, soulful, and vital; in an open letter, Bong Joon Ho wrote, “Flee made me cry. It was the most moving piece of cinema I saw all year.”

Others in the industry agree. Flee is now the first film ever to receive Oscar nominations for Best Documentary, Best Animated Film, and Best International Film all in the same year. At this year’s BAFTAs, it’s nominated for Best Documentary and Best Animated Film. “I didn’t set out to do a refugee story,” Rasmussen tells me, over Zoom, from Denmark. “The genesis came from my curiosity about my friend.” Production started in 2013 and thus overlapped with the refugee crisis. “I felt a need to give the refugees who were suddenly walking the highways of Europe a human face. Because this story is told from inside a friendship, I hope it gives nuance and perspective. Being a refugee isn’t an identity; it’s a circumstance of life that people go through, and it could happen to anyone.”

The natural rapport between Rasmussen and Amin shines throughout. Amin speaks softly, at his own pace; they joke around like buddies. The two figures, via animation, appear in present-day scenes that hew closely to Amin’s real-life expressions, his body language, the way he fidgets; in the corner, Amin’s purring cat reinforces the intimacy. But for the flashbacks, the animation stretches its versatility: charcoal smudges for triggering memories, ultra-bright colours for euphoria, or even a homage to Aha’s “Take on Me”.

“The trauma is hard for him to talk about, so that needed to look different than the rest of the film,” says Rasmussen, who shakes his head when I ask if Studio Ghibli was a reference. “For the 2D animation, it was visual artists like Edward Hopper, Ray Metzker and Alexander Grontsky. In the sequences that happen at night, the colour was treated like they do in Burning.”

While there are literally blurred lines when Amin’s memory is distorted, Flee will abruptly leap into focus with occasional newsreel footage. “I wanted to remind people throughout that this is a true story, and behind the animation is a real person. It’s to make sure people understand that he’s forced to flee because of historical events that happened.”

As a child, Amin deals with human traffickers, blackmail, and an incremental separation from family members; add in his secret homosexuality (Amin informs Rasmussen that, in Afghanistan, there was no word for “gay”), it’s incredible how efficiently the plot unfolds in a tight 89 minutes. Whereas a Pixar movie sounds like various overpaid actors recording their dialogue separately on different days, Flee captures the ambience of two friends chatting in the same space. “It was super-important that it felt authentic,” Rasmussen explains. “We were both mic’d up and we recorded the room tone. Most of what you hear is the first time he shared the story with me. There’s a lot of emotion in your voice when you share a story with someone for the first time.”

“Being gay... this guy always had to flee part of himself. He’s looking for that place in the world where he can fully be who he is” – Jonas Poher Rasmussen

Especially moving is Amin’s account of a harrowing stint in an Estonian asylum centre. So much so, Rasmussen considered cutting it out. “But Amin told me that, in his five years of fleeing, those six months in that prison in Estonia was the worst part, because he was stuck there, not knowing if he was going to stay there for the rest of his life. He said, ‘If that’s not there, I don’t feel like this film is my story.’ So I put it back in.”

On the flipside, Amin was unsure about revealing that, as a gay teen, he sought medicine to “cure” his sexuality. The flashback plays out with Amin making the request to a sympathetic adult. “Amin was embarrassed and asked if it needed to be in there,” Rasmussen recalls. “But there’s something about not being able to talk about being gay for all those years – he had to hide it for his childhood and adolescence. To have that scene in there, to understand how little you know about yourself, was important. And he accepted that.”

The director adds, “To me, him being gay, and him not being able to share stories from his past, it’s kind of the same story. This guy always had to flee part of himself. He’s looking for that place in the world where he can fully be who he is.”

Flee, a Danish-language film, will be distributed in the UK by Curzon, whose typical audience is undeterred by the one-inch barrier of subtitles. However, an English-language dub will also be released, starring Riz Ahmed as Amin and Nikolaj Coster-Waldau as Rasmussen. Expecting a diplomatic answer, I ask the director which cut he prefers audiences check out. “I actually think that me, Riz and Nikolaj agree that we want people to see the original version,” he responds. “But if we can get more people to see the film because they dubbed it, that’s amazing – and if they see the original film afterwards, that’s perfect.”

In a cinema, dub or no dub, Flee conveys the joyous, visceral thrill of Amin entering a gay club for the first time. The sequence is accompanied by Daft Punk’s “Veridis Quo”, a tune that, like Flee, samples and manipulates existing media with emotional resonance. Rasmussen’s reasoning, though, was that it happened to be playing when he transcribed that part of the interview. “I visualised it in my head right away,” the director says. “It had the perfect mix of melancholy and a party vibe. We spent four years chasing Daft Punk, trying to get the rights.” Two weeks before the deadline, Daft Punk approved the clip. “They said we could use it for almost no money. They were very generous.”

With Flee about to contend for multiple Oscars, Amin’s story will be more discussed than ever. So how does Amin, who sought anonymity, feel about being indirectly thrust into the spotlight? “He’s really happy about it,” Rasmussen says. “He told me, growing up, he didn’t have a lot of films he could relate to. So to have a story out there that refugees can relate to is really important to him. It’s a story people can see themselves in.”