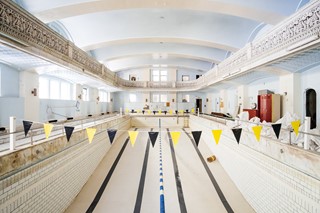 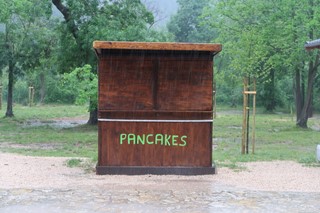 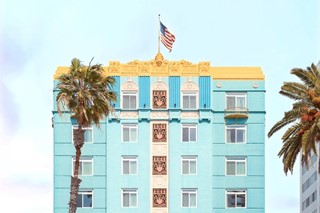 A new exhibition at Tulsa’s Philbrook Museum of Art is set to take a deep dive into the world of the wildly popular Instagram @accidentallywesanderson. Titled This Is An Adventure: Accidentally Wes Anderson, the show will feature photographs taken by the eponymous Instagram’s community around the world, as well as in and around Tulsa.

However, visitors will also be able to hear unreleased music from the director’s films, with the soundtrack featuring music by frequent collaborator Mark Mothersbaugh.

The composer has worked on several Wes Anderson films — including his 1996 debut Bottle Rocket, Rushmore, The Royal Tenenbaums, and The Life Aquatic — besides co-founding the new wave band Devo, writing off-kilter songs for The Sims 2, and sountracking various other Hollywood productions.

Last year, the French Dispatch filmmaker (whose next film is already on the way) also penned a foreword for the account’s stunning photobook, which was published in October that year.

“The photographs in this book were taken by people I have never met, of places and things I have, almost without exception, never seen,” he says. “But I must say: I intend to.”

Read a full extract here, and revisit a track from Mark Mothersbaugh’s soundtrack for Bottle Rocket below. This Is An Adventure: Accidentally Wes Anderson is scheduled to run at the Philbrook Museum of Art from September 17 to January 2, 2022.