Fifteen years ago was the first time the director was able to flex his muscle – both in design, location and moody character 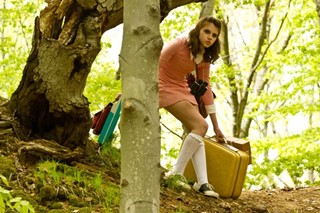 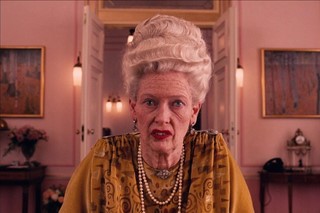 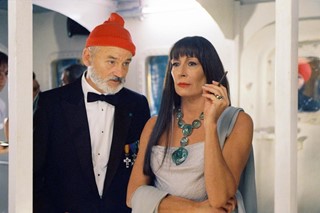 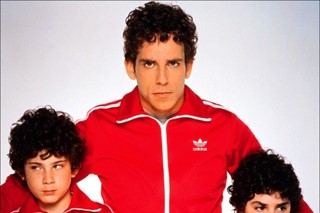 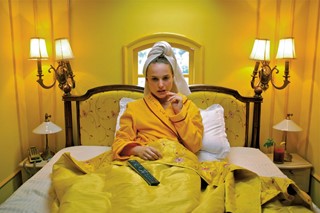 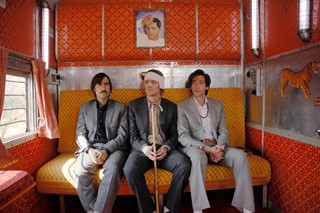 A December 2000 casting advertisement for Wes Anderson’s The Royal Tenenbaums in Back Stage magazine specifically called for a “Mexican transvestite prostitute, 30s-50s, with an arresting Diane Arbus look, bad teeth a plus. No experience necessary.”

Those background actors who applied were also requested to “bring snapshots of dogs or cars that are available to work with you” to the audition, ensuring to fill out the application only in pencil (not pen).

This should give you a clue as to what kind of world director and cycling suzerain Wes Anderson inhabits. His attention to detail is well documented. He lets the professionals get to work, but Anderson pays conjugal visits long after designs are locked away. The man likes to tinker. “Traditionally, I talk about things with the director, and then I go off and carry out the ideas,” production designer David Wasco told Entertainment Design in 2002. “But in Wes’ case, even when you’ve got your actors coming onboard and time is limited, he still would be in the art department every day […] I’m accustomed to being asked to help create a backdrop, to help tell the story, but this was taken beyond that, into a whole stylized world.”

For The Royal Tenenbaums, which first entered American theatres 15 years ago today, Anderson understandably wanted to get his searing, personal love letter to his adopted home of New York just right.

The magic lies in the subtleties. He avoided filming any landmarks that could easily identify New York. In one scene filmed in Battery Park, Manhattan’s southernmost end, Anderson had Pagoda (Kumar Pallana) stand in front of the Statue of Liberty, effectively blocking it out of the frame. There are no references made to “New York”, the place. Apart from a couple of offhand comments to non-existent streets (“The 375th St. Y”), location of the dropped-pin-on-a-map variety is irrelevant.

“We ended up repainting the whole house a couple of times to get it right. There wasn’t any heavy meaning with the colour, it was just something Wes wanted to go with” – production designer David Wasco

In that home, we watch all of the siblings and their longtime separated parents cope with the magnitude of their failures. There are many to swallow. It’s often funny, sometimes annoying, and rarely ineffective. Their father, Royal Tenenbaum, returns after 22 years of living in a hotel. He claims to be suffering from stomach cancer and his former wife, Etheline, summons all her children back home. In turn, their breakdowns occur. Richie learns to deal with his feelings for his adopted sister Margot, in what has to be the chicest example of incest to grace the screen. Henry, Etheline’s accountant and fiancé, exposes Royal’s cancer lie. Chas is an overprotective dad who needs to loosen the reins on his mini-me children.

Venture to the corner of 144th St and Convent Ave in Harlem, and you’ll come across the real hallways these kooks once stalked. The Royal Tenenbaums was shot in a mini-mansion designed by Adolph Hoak in the 1880s. The young family who had purchased the home prior to filming stipulated that Anderson’s crew could do as they please, provided they worked with the family’s architect. It was derelict when they took over the home for a period of six months. Several added doorways and a couple of coats of pink paint later, and the Tenenbaums had a whimsical milieu in which to spiral into the fifth circle of hell.

“We ended up repainting the whole house a couple of times to get it right,” Wasco said. “There wasn’t any heavy meaning with the colour, it was just something Wes wanted to go with.”

In a way, what was done to bring these characters to life strangely echoes the internal struggles they deal with as dislocated, impassioned mortals in Anderson’s doll house. There is almost too much information to take in in a single viewing. Too much pink paint. However, watch it again – that confessional scene in the tent with Margot and Richie – and their anxieties play out with a sort of emotional heft despite them hardly conveying any. They sit listening to The Rolling Stones’ “She Smiled Sweetly” on vinyl in a canary tent as Richie reveals the bandages on his wrists. “Did you do it because of me?” Margot asks. “Yeah, but it’s not your fault,” Richie responds. They kiss, but their love remains under wraps.

It’s one of many scenes that serves to point out the disappointing realities we all have to face growing up. No, you can’t always get what you want. If this film didn’t connect with you on a first viewing, it’s worth a second look. It’s flush with backstory, gorgeously designed and run through with a sardonic, jaded wit. It is, in so many words, New York.

This was perhaps the film, Anderson’s third, no less, on which he cemented his reputation for style. He effectively fused with his quaint aesthetic, unable to shake it off. It’s his last writing collaboration with partner and former college roommate Owen Wilson. It trades in unfeeling deadpan surrounded by furniture; it’s a dichotomy. Above all, it’s a love letter that spools out to reveal essentially everything New York is – beautiful, but with deep-seated issues. And yet, The Royal Tenenbaums is one cinematic love letter that is worth every damn reread. If only to catch that thing you missed.

The Royal Tenenbaums (Criterion Collection) is now available on Blu-Ray