In a rare interview, the director discusses the making of Earwig and the Witch, building on a legacy, and the inner workings of the legendary Japanese studio

27May 2021
TextGünseli Yalcinkaya
Earwig and the Witch by Studio Ghibli7 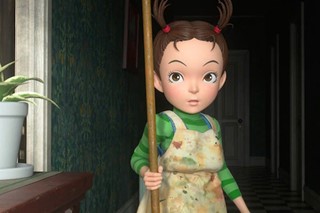 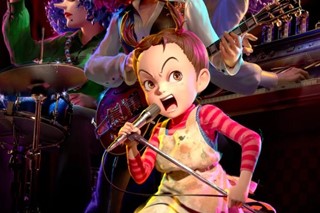 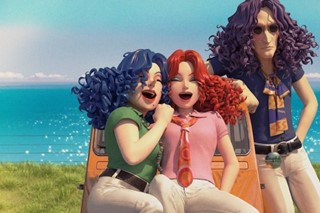 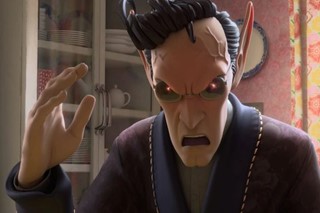 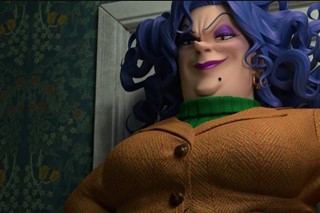 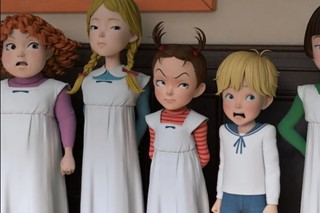 There’s a particularly gruelling video from 2016 in which two young animators from the Dwango Artificial Intelligence Laboratory show Studio Ghibli co-founder Hayao Miyazaki a particularly grotesque demo of an artificially intelligent animation. On screen, a headless zombie limps lifelessly across an empty space. Miyazaki is clearly unimpressed. “I am utterly disgusted,” he says, “this project is an insult to life itself”. One of the designers begins to weep.

Six years on from that ill-fated meeting and Miyazaki’s son, the filmmaker Goro Miyazaki, has released Earwig and the Witch – Studio Ghibli’s first film since 2014’s When Marnie Was Here, and its first entirely computer-animated feature. Based on a children’s novel by Diana Wynne Jones (the same author the elder Miyazaki adapted for Howl’s Moving Castle), the 84-minute film is worlds away from the timeless, cel-animated drawings that captured the hearts of fans across the world. 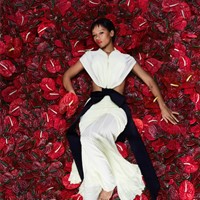 There’s still the hallmarks of what we associate with Ghibli – a plucky protagonist, talking animals, magical witches, and morphing spirits – but the animation is Pixar-esque and wholly different from anything the studio has done before. Like Hayao Miyazaki’s run-in with the headless zombie, watching Earwig and the Witch feels uniquely uncanny. Seeing Ghibli’s signature aesthetic warped to three-dimensional proportions is admittedly unsettling, maybe for the most ardent fans, akin to seeing your warmest childhood memories mashed through a digitally processed mincer. But the film does have undeniable charms, and branches out into aesthetics and opportunities the Ghibli world thus far has not touched. Most notably, in Katsuya Kondo’s expressive character designs and Yuhki Takeuchi’s sumptuous and detailed background art. The rock-n-roll soundtrack feels fresh and contemporary too, and signals a move towards a more current and vivacious chapter for the animation studio. To watch Earwig properly, you must throw away all preconceptions of what came before it.

If the magic of Studio Ghibli rests in its ability to build fantastical dreamworlds that lift us out of the mundane, Earwig and the Witch is a more subtle beast. Made for television on a considerably lower budget than most Ghibli productions, the film has many of the familiar qualities of a Studio Ghibli film. It follows a precocious young witch, Earwig, who’s adopted by a magical couple, Bella Yaga and her reclusive warlock partner Mandrake (voiced by Richard E Grant). Fresh out of the Victorian orphanage, Earwig is put to work completing menial witchy tasks, prepping ingredients for spells, doing dishes, and mopping floors. Earwig’s mother, voiced in the English dub by Kacey Musgraves, is a witchy runaway rock star, but this plotline is hardly touched on, making the journey feel incomplete.

The decision to forego hand-drawn animation has no doubt sparked the ire of Studio Ghibli’s dedicated legion of fans, who were quick to label the computer animated style as “stiff and off-putting” upon the release of the film’s trailer last year. But Goro, 54, describes the move as a necessity over anything else. When I meet the director on Zoom, he is warm and charismatic. Behind him is a bookshelf of Ghibli books and memorabilia. When I point out the Earwig figurine in the background, he picks it up and waggles it playfully at the screen. There’s an undeniable magnetism to our meeting; speaking to him is like taking a peek behind the curtain – a glimpse at the inner-workings of the legendary animation house.

I put the criticism and Ghibli lover tentativeness to him. He maintains that “there’s not one thing that CGI has that hand-drawn animation doesn’t have”. Rather, the decision to go fully computer animated seems to stem from a more practical standpoint: “With hand-drawn animation, the talent of the artist is key. They have to be able to draw beautifully, they also have to breathe life into these characters by animating them, and also have these characters express their emotion and perform,” he tells me via Zoom. “Less of those talents are needed with CGI.”

Goro initially went into landscape architecture, consulting on the planning of parks and gardens, as a way of escaping his father’s shadow. But he ended up being drawn back into animation when longtime Ghibli producer Toshio Suzuki asked him to oversee construction for the Ghibli Museum in Mitaka, where he served as director until 2005. The following year, Suzuki suggested that Goro direct the adaptation of Ursula K. Le Guin’s Tales from Earthsea (2006), which he did despite his father’s objections. The film was deemed a critical failure, and called attention to Goro and Hayao’s fraught relationship (Hayao walked out mid-way through the screening to smoke a cigarette). His sophomore film, From Up Poppy Hill (2013) was a breezy coming-of-age flick co-written by Hayao. Despite receiving fairly good reviews, Goro’s mild approach left many fans wanting more (Roger Ebert described the film as ‘weak tea’, the characters ‘unremarkable’, and the animation ‘bland’).

“People like Hayao Miyazaki and Toshio Suzuki, well, they founded the studio. They don’t think that Studio Ghibli has to be this and only this” – Goro Miyazaki

“I don’t consider myself great at drawing,” he begins. “I feel more comfortable creating animation using CGI, because the process of constructing a virtual space and placing characters inside it is similar to building landscapes and architecture.” Surprisingly, it was the older members of Studio Ghibli, such as Suzuki, that encouraged Goro to pursue a feature-length CGI film. “I feel that the younger team members here at Studio Ghibli can be more conservative than the older members,” he explains. “The young members grew up on Studio Ghibli, so they have their vision, a fixed concept of what Studio Ghibli has to be. Whereas people like Hayao Miyazaki and Toshio Suzuki, well, they founded the studio. They’re free of those restrictions. They don’t think that Studio Ghibli has to be this and only this.”

Since Earwig and the Witch’s US release in February, the film has garnered a slew of negative reviews. The New York Times labelled it “vacant”, while IndieWire called it “an unholy eyesore”. Responding to this, Goro says, “I knew (the criticism) was coming the moment I decided that I was going to do a CGI film anyway, so I tried to not think too much about it.”

Goro is currently working on designing the structures for the Studio Ghibli theme park, which is due to open in autumn 2022. “I probably worked the most in my lifetime during these past two years,” he chuckles. Located in a small town next to Nagoya, and surrounded by a forest, the park will house an array of structures pulled from the Ghibli universe. “It’s basically a public park, where people can walk around,” he explains. “We’ve created spaces that bring Ghibli architecture into real-life. People will be able to go inside the architecture and touch things and smell things. Like having the feeling of going inside the world of Ghibli in some way.”

Looking forward, Goro says, “I would like to continue on this path of making 3D, CGI films”. It begs the question: if Hayao Miyazaki ever stops – he has now retired multiple times and is currently working on a hand drawn film, How Do You Live? – what does this mean for the future of Studio Ghibli? Mirai director Mamoru Hosada has been mooted as a possible successor. So has Makoto Shinkai, creator of Your Name. Earlier this month, Studio Ghibli shared a photo on Twitter depicting Totoro waiting at a bus stop with Sulley and Mike Wazowski from Pixar’s Monsters, Inc, hinting at a collaboration between the studios. Things will inevitably change, but here’s hoping that Studio Ghibli doesn’t forget the fantastical nuance that made it so magical in the first place.

Earwig and the Witch is out in cinemas now