The Gucci outfit, worn on SNL, is heading to auction alongside outfits worn by Dolly Parton and RuPaul 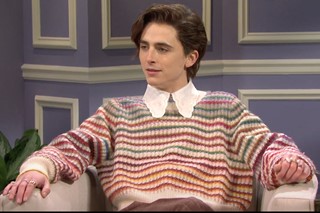 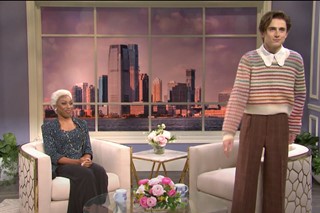 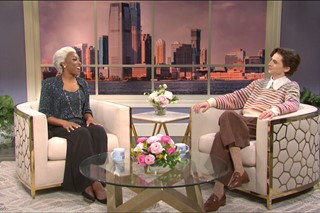 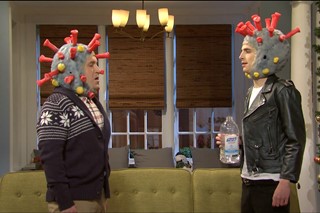 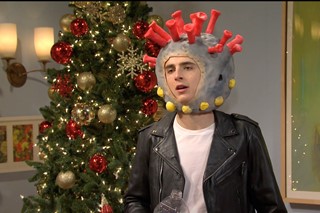 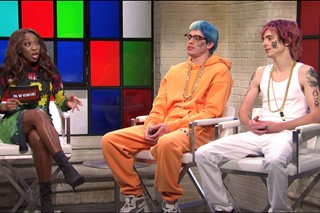 Last December, Timothée Chalamet hosted SNL for the first time, and you may remember (how could you forget?) that he played dress up as Harry Styles to give a mock interview on the singer’s “Watermelon Sugar”. Now, the costume he wore is up for grabs as part of an upcoming charity auction.

In case you do need reminding, the outfit includes a rainbow-striped Gucci sweater (of course), paired with a Peter Pan collar shirt and high waisted flare trousers. Chalamet summed its impact up best on the night: “I’m Harry Styles, I’m a singer, (a) sort of essential fashion man. You can say I do it for everyone.”

Estimated to fetch a mere $300 — $500, the outfit will hit the auction block alongside a range of other pop culture keepsakes, including a dress worn by Dolly Parton and a pink Alexander McQueen suit, worn by RuPaul on SNL last year. Other offerings include various memorabilia from film, TV, and stage productions.

The celebrity auction begins via Doyle Auctioneers & Appraisers on April 28, in aid of The Actors Fund, an organisation that provides support for performing arts and entertainment workers, including COVID-19 resources, financial assistance, and affordable housing and healthcare.

“I asked my friends and colleagues of stage and screen to lend support to this meaningful auction and the response has been extraordinary,” says the organiser and Mamma Mia actress Christine Baranski, in a statement. “Our colleagues in the performing arts need our support during this incredibly difficult time of crisis. The Actors Fund has provided a much-needed lifeline to our industry, and their work is nothing short of miraculous.”

Earlier this month, Timothée Chalamet made another appearance on SNL, playing the flute in a skit alongside musical guest Kid Cudi (whose outfit also caused a significant stir). Meanwhile, his latest film — Wes Anderson’s The French Dispatch — finally has a premiere date.