Ahead of his forthcoming breakthrough film role, we talk rap, tattoos and aspirations with multi-hyphenate model Judah Lang

Taken from the autumn issue of Dazed. You can buy a copy of our latest issue here.

“People kept asking me – in middle school, specifically – if I had gotten hit by a bus,” recalls rapper-actor-model Judah Lang about his striking birthmark, a Portugal-shaped, port-wine stain on the left side of his face. What was once a lure for bullies, however, now sets him apart. It’s been two years since his distinct look caught the eye of Hedi Slimane, who lensed him for a ‘Le Smoking’ campaign for Saint Laurent Paris. “I didn’t even understand who he was,” says Lang. Only when billboards showcasing the model’s 15-foot visage were erected in the world’s largest cities did he finally get it. “Mostly ’cos there were these annoying people at school like, ‘You got shot by Hedi? What’s up?’” he laughs. 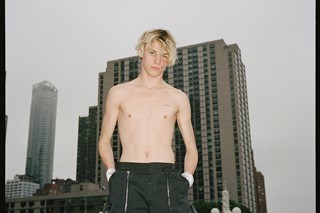 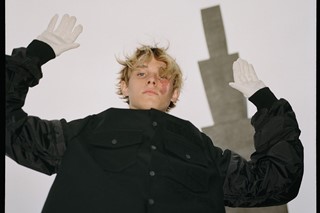 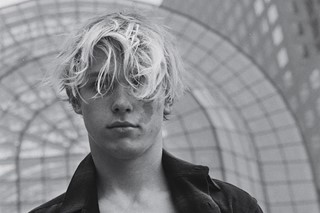 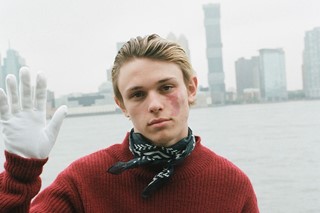 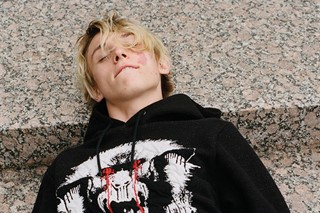 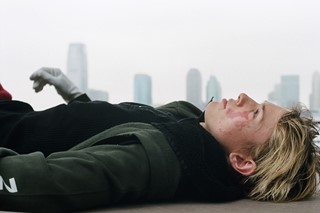 Today, the 19-year-old has too much on the boil to swap business cards. Lang stars in Crystal Moselle’s new feature Skate Kitchen, a coming-of-age suburban drama set to premiere at Sundance Film Festival this Saturday. Besides movie roles, he is busy laying down bars for his burgeoning rap career as Judah Stax and trading stick ’n’ poke tattoos with his Wise crew – a tight-knit group of friends which includes other rappers, artists and associates. Lang talks about his “sons” as if they were part of an extended family, who you’ll know by their effortless style and stream-of-consciousness Instagram captions. He yanks down his collar to show me a tattoo, spelling out ‘Wise’ just above his heart. It’s a badge he wears with pride, much like his birthmark.

Turns out rap battles are one of Lang’s greatest passions – from his stoop in New York’s SoHo, he’s ready to take on anyone willing to spit bars in his general direction. “I’ve never fucking been beaten in a rap battle,” he says. “I rap when I’m by myself, when I’m with my friends; I do it every day.” To illustrate the point, he breaks into a few rhymes he wrote the night before we meet. “I’m a solipsist / Hit ’em with the hollow tips / I can’t follow this / Blow up like Apollo did / Spit for all of this…”

With only two songs and three freestyle tracks populating his SoundCloud, Lang isn’t primed to open for Drake just yet, but rapping is a passion he refuses to snub. “Rapping and performing on stage for many years has helped me get to a place where I know how to evaluate myself,” he says with that striking self-assurance that has already won over the fashion crowd, and may have Hollywood’s pulse racing before the year is out. Judah Lang has confidence to spare. “That whole element of performing, you’ve got to find some inner confidence, you know?”