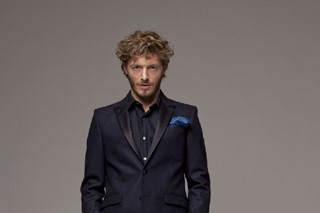 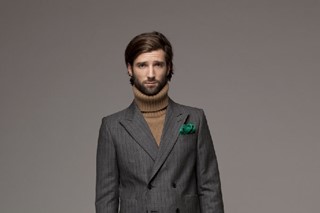 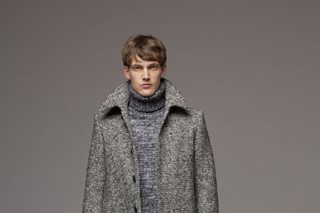 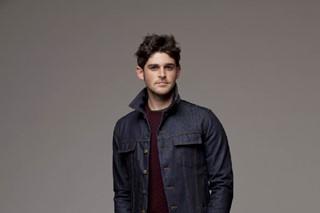 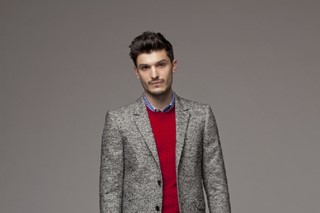 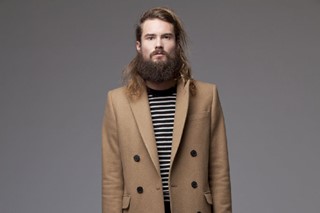 Ami presented its debut collection at Paris Men’s Fashion Week last Friday. The label is the brainchild of Alexandre Mattiussi who learnt his craft working at Dior, Givenchy and Marc Jacobs before launching his own line.  The name Ami is made up of his initials along with the last letter of his last name and means ‘Friend’ in French, as Mattiussi has set out to create the sort of wearable yet stylish clothes his friends would enjoy such as the simple yet well-cut blazer, made from durable wools and worn over a cable-knit sweater in bold red. A navy blue tuxedo suit made from metallic thread with black satin lapels offers a rare formality in the collection, which also includes a dark blue denim jacket, cord trousers, a camel trench and wool polo-necks in sands and earthy browns. Mattiussi hopes to open the first flagship store in Paris in 2012 where he will take on special commissions from his friends, which will be available as limited editions.