We talk to the fashion designer about video making, her love for the arts, and femininity 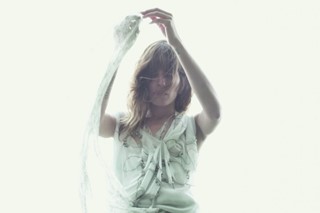 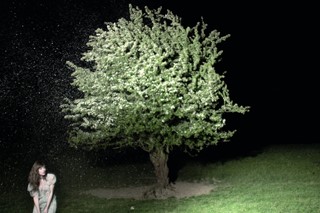 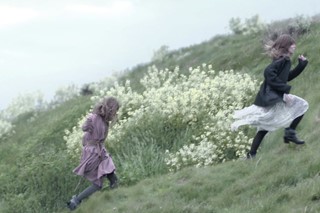 While much of fashion is turning to the darker side of things, Vanessa Bruno sticks to her poetic, foggy universe and elegantly dishevelled Parisienne. Last week in Paris, Vanessa Bruno revealed her latest seasonal video, 'Day by Night', by Stéphanie Di Giusto. It features two French iconic faces, Lou Doillon and Valentine Fillol Cordier. In an atmosphere midway between a Sofia Coppola film and a Donovan song, the two girls explore, fight, embrace an organic, cloudy fantasy world. It is a big year from Bruno, as, on top of video art chaperoning, she is also busy opening shops in Los Angeles, London, Beirut, Bordeaux and Geneva. Dazed Digital met up with Vanessa Bruno at the private screening of the film and chatted about video making, her love for the arts and femininity.

Dazed Digital: What appeals to you about video art?
Vanessa Bruno: I like experimenting and mixing different universes and media – which is something I think I do in my videos and have always done in my work. I just hope to create something different. I feel video adds an emotional dimension which is unique to film. It was something that came to me naturally, that I could just feel.

DD: You also had a multi-media solo art show at La Galerie des Galeries in Paris earlier this year – you seem to dabble with the arts quite a bit, why is that?
Vanessa Bruno: I’m lucky enough to be independent and be interested different things. In the past, I have met people, who, on an artistic and/or emotional level, have inspired me, and with whom I feel i can collaborate with on the long term.

DD: Can you tell us about the video?
Vanessa Bruno: It was filmed in Etretat and the girls were incredible – I chose because I felt they perfectly matched the universe of the brand. There is one scene where they appear to walk on water.  It was filmed in the freezing cold, and the girls were wearing muslin dresses, while being carried from underneath. We had to wait until 8pm for the sun to set and the fog, typical of the region to appear -- but they didn't complain for a second.

DD: This is now the fourth time you work with Lou – is this coincidental like to remain loyal to the people you work with?
Vanessa Bruno: I like to remain loyal to the girls I work with, and they usually do to with me. I think it is because they feel comfortable, not used as an object, but really involved in an artistic project. I want them to feel comfortable in the clothes, and have a blast during the project. Also, I come from a generation where one remained loyal in fashion houses: think of Cacharel and Sarah Moon for example.  Of course change is extremely exciting, I too wanted to discover new things every season, but some part of you should always remain rooted, stable and serene.

DD: Your universe remains light and poetic, despite the Rick Owens of this world who take us to the darker side of the (fashion) force...
Vanessa Bruno: I know what you mean, there seems to be a tendency these days for everything to be dark and gloomy. We really crave poetry – which can be brutal too. Don’t get me wrong, I’m a huge fan of rock music, but I think things can go beyond that: in my video, you see Lou Doillon singing and it is folk, rock, raw, all at the same time.

DD: What’s new with you?
Vanessa Bruno: We opened in Los Angeles and having the grand opening on October 21st, and London October 14th, but also Bordeaux, Beirut, Geneva, which is extremely exciting.

DD: Does this mean you have to adapt to a radically different clientele?
Vanessa Bruno: No, you’d be surprised, this is extremely cosmopolitan – it is fascinating to see how individually, each woman reinterprets the clothes.

DD: And any new projects, artistic or fashion-based, coming up?
Vanessa Bruno: I never talk about what I do, just wait and see!