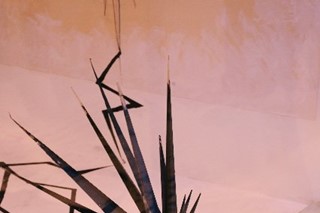 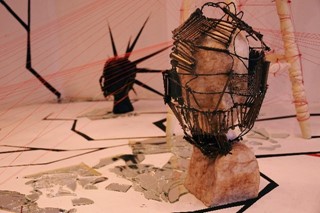 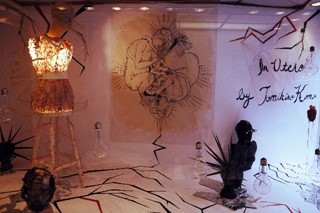 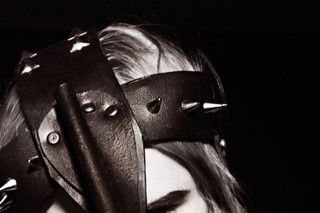 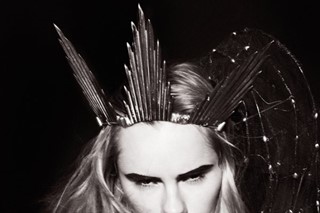 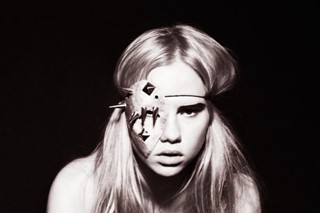 Japanese designer and head piece creator Tomihiro Kono has resided in London for three years, but he has thankfully not lost all creative ties to his native country. The artful fashion of Kono - together with his fashionable art - have made waves throughout the capital ever since Kono started exhibiting his work in a Spitalfield Market stall. This was partly because of his Japanese aesthetics and Dadaist influences. Now, Kono has upgraded his location, moved it to Soho and taken over Machine-A for an exhibition. Dazed Digital spoke to him....

Dazed Digital: Why did you choose to exhibit at Machine-A?Tomihiro Kono: They actually found me. I knew the shop has upcoming young designers and I thought it was a good place to put my pieces. The shop's concept really suits my style. I'm not just interested in selling products but we'd like to keep doing installations and showing my pieces with concepts.

DD: What inspired your current collection?
Tomihiro Kono: These pieces are inspired from the words 'in utero'. They wanted me to do some bondage looks for the shop so the current collection is made for Machine-A. I've been researching the Machine-A style by looking at past installations and who they like to have in the boutique etc. For my headpieces I use various materials. Sometimes very romantic, tribal, punk, classical etc... I just thought something punk and hard this time, no colour, almost skin texture and spikes that look like new creatures. I want to express the process of human's birth and death in a window display.

DD: What initially attracted you to fashion?
Tomihiro Kono: What interests me about fashion is the 'mentality' of people who wear clothes... and how the clothes react to the body - physically and mentally. The act of restraining body begins when we are a foetus in our mother's body, just when we were given birth in the womb and even after we were born, we restrain our bodies by wearing clothes like tight skirts, heels and lingerie. I like the idea that humans will finally be released from all those restraints when they are dead. Nowadays it's not so common to restrain the body so much as it used to be 100 years ago, but the culture of wearing corsets, lingerie, belts and things like that. People have always been seeking beauty and been changing their style somehow to make themselves look beautiful. It might be a different approach, but I think going on a hard diet is also taken as a body restraint.

DD: And what influenced the window display?
Tomihiro Kono: For the window installation, I focused more on the mentality of humans rather than to take bondage pieces just as objects to wear for fashion. There are quite a few tiny details like the broken glass on the floor, red string spread in the window, a bloody heart, cracks on the wall and floor... each of which kind of implies my idea about the process of birth and death. So birth and death which coexist in this window can be observed by viewers in various ways... objects in reflections of broken mirrors, by the hidden relationship of two objects - body and heart / skull and cracks, etc. I think it's interesting for me to put some ideas in a not so obvious way and also for viewers to find those tiny reactions happening in the window displays which might not be seen in the first glance, but some people might stay there longer and will find something interesting to them...Also it is important for me that the whole images look beautiful and grotesque.

DD: Your collection is called 'in utero' which you say implies restrictions, but does it also create a sense of innocence or naivety that links to the foetus and child-like idea?
Tomihiro Kono: When it comes to bondage or fetish, people tend to think about more sexual pleasure, punk, its striking visuals and as a fashion style. But for my exhibition, I wanted to focus more on birth and death - in which I mean human's fragility and weakness, disappearance and endurance... that sort of something which is not visible. I take spikes as protection to hide one's weakness and to protect one's naivety. So it somehow connects to the idea of innocence or naivety as well.

DD: Why then did you feel the need to add such hard elements such as spikes? Were they intentionally to be gothic and almost punk creations?
Tomihiro Kono: My hair salon was in Harajuku in Tokyo. There are so many punk and gothic boys and girls on the street. They always dress perfectly, do proper hair and make up themselves. They are actually really good at making spiky hair themselves. I take so much inspiration from them. There is a gap between their fragile and naive mentality and the hardcore/gothic/punk fashion. I think they wear that kind of costume to protect their sensitive minds.

DD: What is it about fetish wear and leather and nails that appeals to you?
Tomihiro Kono: For this project, I used hard materials as something to protect oneself. Those, for me, are equivalent to animal's nails and tusks. It shows pain and aggressiveness.

DD: Are you based in London? Do you feel tied to the London fashion or do you feel roots to Japan?
Tomihiro Kono: I really love staying London.There are so many chance to meet creative people. I always think and express and compare cultures as a Japanese person.

DD: Are there any other Japanese artists or designers that you feel linked to?
Tomihiro Kono: Of course I really respect Rei Kawakubo. Her style and concept. Recently I really love contemporary jewellery designer Shinji Nakaba based in Japan. His work is beautiful and he uses recycle material to make pieces.
Machine-A, 60 Berwick St, London, W1F 8SU. 29 March - 17 April 2010. Closing party at 6-9pm on Friday 16th, see Tomihiro Kono for details.