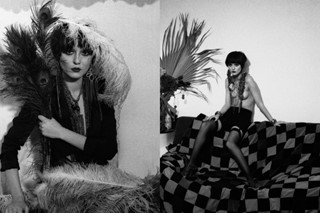 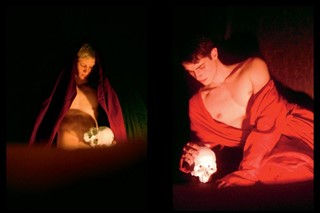 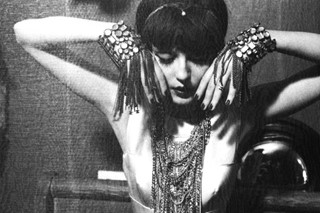 Independent bi-annual magazine, Lurve exists as a visually striking piece of material putting an emphasis on emerging new talents in all creative fields. Editor Lyna Ahanda attempts to bridge the gaps between fashion, arts and music with beautifully varied content. Whilst exploring contemporary culture beyond the mainstream, they refuse to conform to the trends. With their upcoming third issue they explore the human body to allow the model to be more than a clotheshorse, featuring Terence Koh, Cecile Bortoletti and Carlotta Manaigo. We speak to Ahanda on how it all came about...

Dazed Digital: Why did you start Lurve Magazine?
Lyna Ahanda: I have always been a militant, but unfortunately I've picked up art instead of politics. Starting Lurve was about creating something that could change things. Bringing back fashion and art together.
DD: What does it offer readers that other bi-annual fashion magazines don't?
Lyna Ahanda: A visual aesthetic that is not restricted to the trends, where models of differing colours are part of the system.
DD: What is your background, in Fashion/Journalism/Arts?
Lyna Ahanda: I have studied Art History in Paris, then English at la Sorbonne. I have a Masters degree in Journalism and Creative Writing. I have also contributed as journalist to a number of independent magazines, websites and newspapers.
DD: What's the story behind the name?
Lyna Ahanda: Lurve comes from a conversation between Dianne Keaton and Woody Allen in "Annie Hall" as if lurve was a higher form of love.

My idea was then to create a publication that will be less hermetic to the real world, a magazine that would be challenged by a wider cultural current and that will be able to show our love to fashion and even more.
DD: What is going in your next issue?
Lyna Ahanda: The theme of our third issue is 'beyond the body proper'. We are trying to explore the concept of the body as an envelope allowing the model to be more than a simple way to display clothes. In a series of editorials with Terence Koh, Chadwick Tyler, Cecile Bortoletti and Carlotta Manaigo, the models are taking part in this sort of role play.

As a salute to Spring and an homage to Pina Bausch, models reinterpret Stravinsky’s ‘Le Sacré du Printemps’ (The Rite of Spring’) choreographed by Bausch, wearing pieces from Damir Doma’s Spring/Summer 2010 collection. The story was art directed by Begum Boré and photographed by Terence Koh. The Carlotta Manaigo story was inspired by Eadward Muybridge's 'human movement' plates, and the shoot is a metaphor representing a birth, and blossoming new life. Whilst the Cecile Bortoletti cover story is her own take on Francis Bacon's "Three Studies for A Self-Portrait."
DD: How do you pick your content?
Lyna Ahanda: I have worked a lot with art director Begum Boré on this issue. We wanted to work around the theme of the body: body image, and the body's limit but also plays with seasons as this is our Spring issue. We went from this idea of describing the body as a political and social weapon to something more poetic and pure, using different types of people, stranges and unique beauties.
Read More