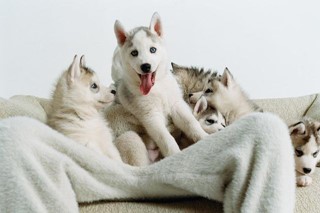 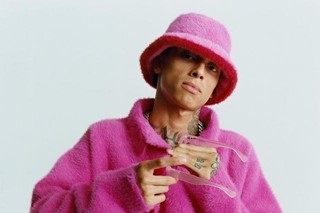 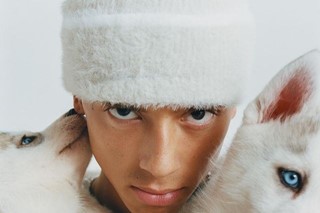 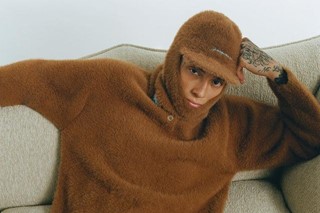 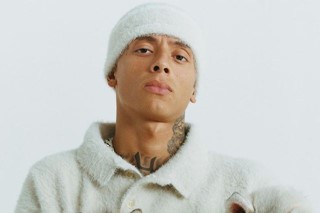 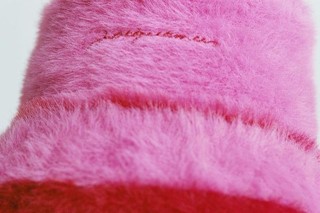 When Central Cee first came out with his “Loading” EP in the October of 2020, he was dressed in a knitted balaclava, a Trapstar t-shirt, and a massive medallion. Two years later, though, and his brand of abrasive drill has softened at the edges, sampling Eve and Gwen Stefani on tracks like “Doja” – an evolution that can also be mapped across his fashion choices, as he swaps out all the Nike tracksuits for pink two pieces designed by Jacquemus.

The Shepherd’s Bush rapper stars in the designer’s new campaign, shot by Oliver Hadlee Pearch, showcasing a slew of fluffy, monochromatic loungewear and sneakers. Piled with Siberian Husky puppies and mohair bucket hats, Cee’s blinged-out chains and tattooed bod serves to emphasise the designer’s fuzzy and tactile Neve World capsule, which is kind of like luxury fashion’s answer to all those Tatty Bear socks you might get in a Clintons Cards gift set. Having previously stepped in front of the camera for Drake’s Nocta label – all techy vests and cargo hoodies – this is the musician’s first high end campaign.

In an accompanying video, Cee sinks into a bouclé sofa, plonking on a coral iPhone – a moment reminiscent of when Cam’ron emerged from Baby Phat’s fashion show in 2002, dressed in a head-to-toe, baby pink ensemble, holding a flip phone to his ear. In conjuring this relic of pop cultural brilliance, the campaign has been created with the knowledge that some people will likely make fun of Cee for bucking hyper-masculine ideals – effectively flying in the face of the conventional machismo that dominated, and continues to dominate, the rap industry. The same goes for the obligatory BTS TikTok, soundtracked to Cee’s “How can I be homophobic / My bitch is gay” lyric, spliced with a fist-pumping Jacquemus.