We get to know the designer as he talks through his berserk creations for Loewe and Jacquemus, his most cancellable offence, and his obsession with middle-aged dressing 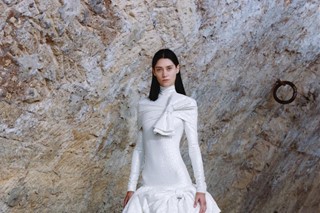 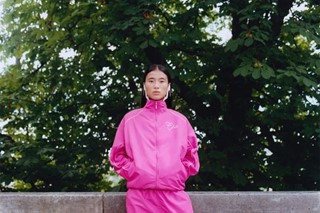 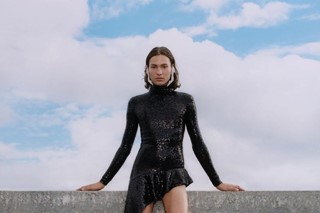 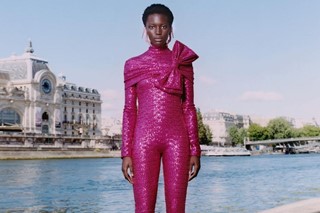 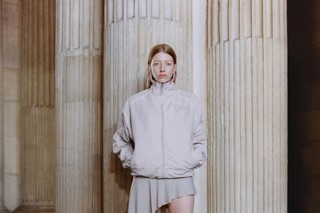 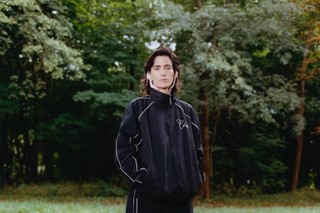 There is no such thing as the singular, genius designer – that any major collection is the result of one individual is one of the industry’s longest-held myths. For example, there is a man in Paris who makes shoes from old bits of balloons, discarded knobs of soap, and splattered eggs. He refers to himself as “lord of the kitten heel” and is widely regarded as a fashion house’s secret weapon, crafting bizarrely covetable accessories that simultaneously repel and pull-in shoppers. Jacquemus’ mismatched block heels were of his creation, as were all of the Jonathan Anderson pieces listed above, and Coperni’s viral kettlebell bags. “Whenever I do something a bit weird it’s probably coming from my obsession with middle-aged dressing or the world of Japan,” he says. “It’s not exactly ugly, but perhaps a little unexpected.”

Born in a remote village in Alicante, where the main industry is shoe-making, Abraham Ortuño spent his childhood in his parents’ restaurant, being “obsessed with Barbies and fashion”. At just 17, he moved to Barcelona, where he assisted Elena Cardona – one of Martin Margiela’s designers – before studying at the Institut Français de la Mode in Paris. “I was working with other brands at the time (Givenchy, Kenzo, Paco Rabanne) but I quickly understood the only way I’d fully be able to express myself would be through starting my own label,” he says. “And so I did.” In 2020, he launched ABRA, a line of cold-blooded clothing, handbags, and shoes that stretch to a size 10, “so that everyone can enjoy our designs”. There, Pepto Bismol boots, spiked Baguettes, quilted slippers, and knife-point mules run the gamut of video game vixens and old-fashioned abuelas in their Sunday best.

Below, we get to know the designer as he talks through his approach to design, being a “super sweet psychopath”, and his most cancellable offence.

Hey Abra! Could you give us a little introduction to your world?

ABRA: The ABRA world is actually my own world, it’s the mix of all my obsessions. I believe that in order to make something special you need to be genuine, you need to do you. My process is very simple, I repeat a lot of the same silhouettes, but I’ve realised that in every collection, every look represents someone in my life. The oversized pieces with kitten heels are symbolic of my sister and I – because we were the opposite growing up, she was very into “boys” things and I was very into “girls” things. The sexier elements, meanwhile, come from my best friend Lois and my old Barbies. We do Abra for everyone – my friends, your friends, my parents, your parents, everyone.

What do you think people are most likely to misunderstand about your work?

ABRA: People think that I’m *super* inspired by Y2K aesthetics. I’m obviously influenced by that period of time, but it’s never something that I’m trying to recreate.

You also design the shoes for Jonathan Anderson, what’s that like?

ABRA: I’ve been working with Jonanthan for nearly four years now and it’s probably the best experience I’ve ever had. To work with creative people that understand fashion in this way is priceless. Him and Benjamin Bruno are my favourites.

Can you guide us through some of the inspirations behind the SS23 collection?

ABRA: The moodboard is always a mix of family pictures, pictures of my friends, and some old Barbies I owned as a kid. This season, for example, I thought about all the times I started clubbing with my sister.

Which piece(s) are really totemic of the collection as a whole?

ABRA: The bags and boots with the spikes all around.

When did you first become aware of the power of fashion? Did you have a freakum outfit when you were growing up?

ABRA: I’ve always been aware of fashion, even from a very young age. My parents always loved the idea of their kid being interested in this kind of thing. As a teenager my sister and I were very into brands like Kill Off, Rottweiler, and No Fear. Then, when I dropped out of high school and moved to the big city I started wearing full Dolce & Gabbana outfits all the time lol.

ABRA: I think my message is completely the opposite! I think someone like Marine should not have any support from the fashion industry. I believe in equality, in respect, and, above all, human rights. There is no money in the world for me to do something like this.

The most embarrassing picture on your camera roll?

ABRA: Any afterparty photos with my friends. They are Satanic lol.

The most recent note on your Notes app?

ABRA: Pay, pay, pay. There is always something urgent to pay.

The worst advice you’ve ever been given?

ABRA: There’s so much bad advice in fashion! My advice is to follow your instincts.

ABRA: Oh I wish I had one but im such a chill person. I don’t have time for drama… but maybe my dog?

ABRA: I’m the most Virgo person alive: super sweet but a real psychopath.

What Dazed headline would you be?

ABRA: The Artist Confronting Me and I.

ABRA: Harry Potter is my nightmare and Gandalf the White is my dream.

What would your ghost outfit be?

What do you reckon you’re most likely to get cancelled for?

ABRA: For not answering my emails.

Title of your biography?

ABRA: Lord of the Kitten Heels.