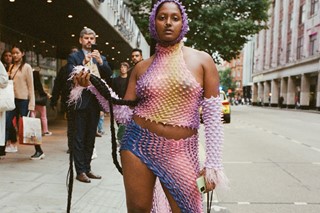 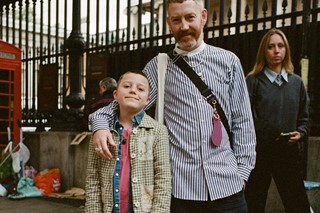 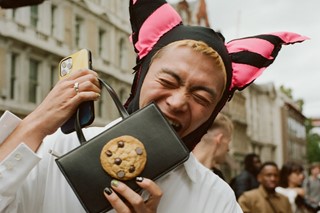 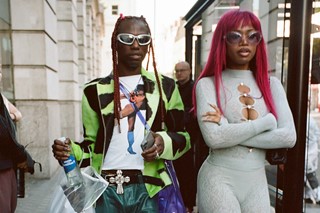 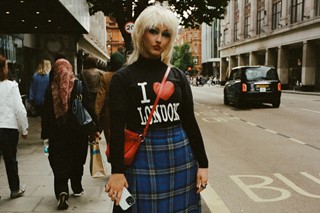 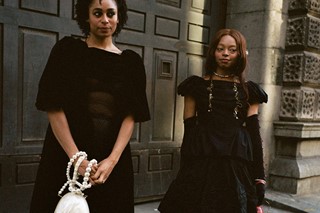 During what felt like the longest fashion month ever, London had without a doubt the most prolonged fashion week. Due to the death of Queen Elizabeth, heaps of shows and events were rearranged, causing what should have been the end of fashion month post Paris to become… well, London Fashion Week part two. As always though, our photographer Yu Fujiwara was there to capture the street style of both ends of the season.

With Fujiwara describing the looks on show as tame in comparison to previous seasons, the city’s street style still managed to prove one thing: Londoners really support their own. Outside Chet Lo’s debut solo outing, attendees put on a runway show of their own, wearing everything from  his head-to-toe co-ords to the ultimate statement spiked, oversized cross body bag. Mowalola looks were also abundant and colourful, and so were Sinéad O'Dwyer’s esoteric pieces. You could also barely move without spotting one of Chopova Lowena’s cult, kick-y kilts.

However, it was the kids who were the real stars of the street-style game this time around. Toddlers outside of Simone Rocha, tweens matching their parents, and even the fetuses whose mothers’s revamped maternity style, all showed up in their best attire showing there is no age limit on style. The images also showed that musicians came in bulk this season, as Fujiwara captured the likes of Deto Black, Tora-i, Damsel Elysium, and Celeste.

Take a look through the gallery above to see more of Fujiwara’s photos from London Fashion Week.