See the best-dressed show-goers from the SS23 edition of NYFW, including Bella Hadid, Lara Stone, Myha'la Herrold, and Aquaria 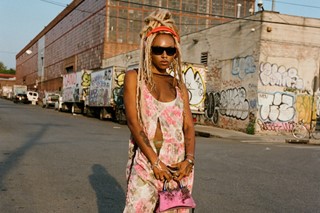 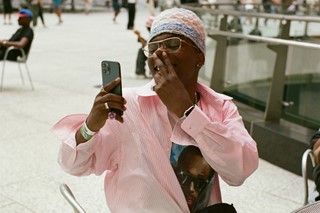 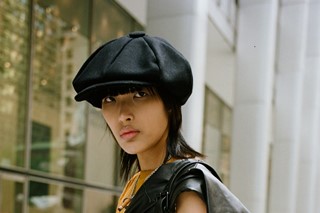 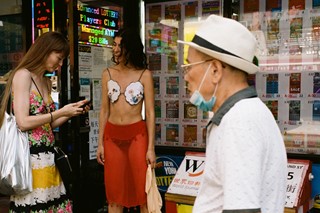 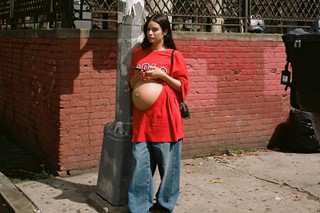 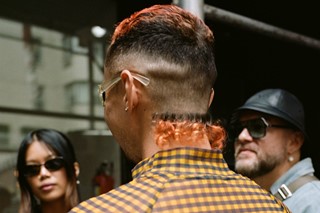 There was a strange atmosphere at New York Fashion Week this season. Shows occupied a bizarre space between the kind of brands likely to be stocked at SSENSE and something called Vogue World, which can only really be described as Condé Nast The Musical. Members of the public were charged up to $3K to watch Brooklyn Beckham-Peltz “storm” the runway, alongside a couple of dancers on BMX bikes doing tricks. But the whole thing was no better embodied than by Aleksandr Petrovsky – otherwise known as Mikhail Baryshnikov – who emerged from Anna Wintour’s flash mob like a serial killer at Soul Train.

It seems our roving photographer Yu Fujiwara was spared the vision of Karlie Kloss voguing, though. “NYFW used to have more commercial shows and vibes, but now they have much more interesting independent brands coming up,” he said of his time in the Big Apple. “It's been a while since I last visited, so my main aim was to find new styles and movements post-COVID. Perhaps a break-out energy was to be expected after all the lockdowns.” There, lurking on street corners, outside show venues, and bodegas, were the city’s best-dressed citizens – among them Bella Hadid, Lara Stone, and Myha'la Herrold – costumed for the SS23 season in overblown jawns, frou-frou frocks, and plushie hats.

“The crowds had a great energy,” Fujiwara says. “Bringing something new, more honest, rebellious, dreamy, and quite decadent. It felt like they broke out from the ordinary rules surrounding their culture. The punk attitude of I-don’t-care-what-you-think-style used to be more of a London thing, but this time New York owned it.” Mullets, metallic face markings, spiked hair, and chunky fluoro highlights certainly felt like the style-set was breaking free from something – or perhaps they were just extras escaping from Anna Wintour’s Anarchy In The USA number. Click through the gallery above to see the rest of our SS23 dispatch from the streets of NYC.