From its star-studded guest list, to one-off light installations, and more, here’s everything that went down at the fashion set’s big night out 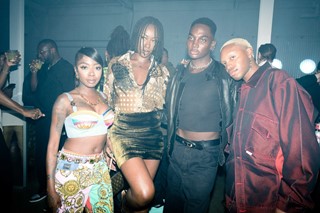 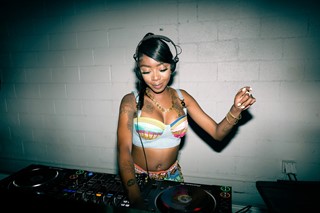 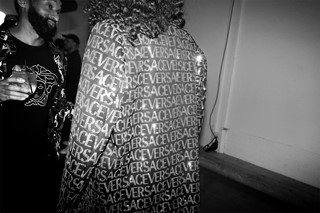 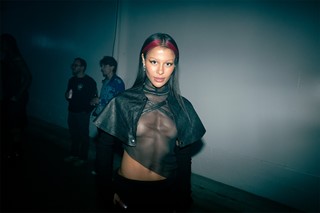 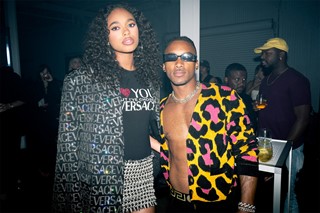 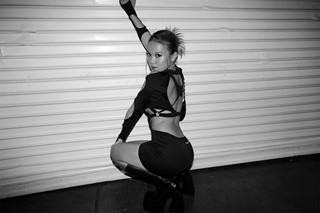 Versace has been a byword for a certain kind of ancién glamour ever since a snake-haired woman first glared into Gianni's soul as a young boy in Reggio Calabria. And today, the name is just as weighted as ever, having built a mythology on carnal, scandalous fashions, helmed by a chorus of cold-blooded supermodels. It’s fitting, then, that Donatella’s latest design – the Odissea – should emerge from that operatic heritage, with Medusa’s face sculpted onto a pair of hefty sneakers. But with their aerodynamic lines and metallic lustre, the Odissea looks as though it’s been cleaved from some kind of celestial – not Aegean – rock. That’s one small step for man, one giant leap for Versace etc.

To celebrate the big launch, Dazed and Versace took over a warehouse in LA’s Echo Park, transforming the once-abandoned venue into a mirrored, retro-futuristic scenescape. From its star-studded guest list, to one-off light installations, and more, here’s everything that went down at fashion’s big night out.

HERON PRESTON GOT ON THE DECKS

As the first house to really cosy-up to celebrity, Versace has a long history with the music industry, and its own shows are often soundtracked by the kind of cavernous and compulsive house beats that speak to high-stakes glamour, absolutely miniscule dinners, and the glint of a silver tray being passed around a bathroom. Now, we couldn’t possibly speak on whether or not that actually happened last night, but designer Heron Preston, Siobhan Bell, and BAE BAE – the founder of LA’s underground Hood Rave – all took to the decks, with guests thronging onto the dancefloor until the wee hours of the morning.

THE ODISSEA WAS THE GUEST PAR EXCELLENCE

At the centre of the party was a bespoke mirrored fixture, showcasing the latest addition to the Versace family. Available in store and online now, the basketball sneaker is carved with curvilinear grooves and a 3D rubber Medusa plaque. Straddling the history and future of the brand, its architectural silhouette is made to resemble an aerodynamic cycling helmet or some kind of spacecraft, dipped into a metallic, cobalt, and chalky patina. It’s the kind of shoe you hear coming before you actually lay eyes on it, which a bevy of the evening’s Versace-styled guests can attest to.

With Versace’s iconic Medusa head projected across the facade of the building, like a clarion call to partygoers, and throughout the space’s hazy interiors, visual artist Rob Ross – famed for his atmospheric fashion shows – programmed a vibration-raising light installation, wrapping guests in a technicolour dance tunnel. Tungsten-lit scaffolded structures illuminated all the gossiping of the smoking area, while reflective surfaces and infinity mirrors created an endless, astro-mirage of beautiful faces.

AND NO EXPENSE WAS SPARED, DARLING

It’s hard work being a Versace muse – even if that’s just for one night – meaning guests were kept fuelled by a carousel of booze. On the menu? A Spicy Paloma, a Negroni and something called a Summer Dreaming, just don’t ask me what was in that because it packed quite the punch. Then there were all the Rosé Spritzers courtesy of Everyday Weekend. To soak all of that up, of cult locale Uncle Paulie’s Deli laid on a spread of some of their most famous sandwiches, bringing their New York-style grub to Los Angeles. And when that all got too much, Ghia was on-hand with its selection of non-alcoholic apéritives.