From Martine Rose’s breathless, orgasmic show at Chariots gay spa, to Ahluwalia’s ode to Africa, here’s what you need to see from the latest round of shows 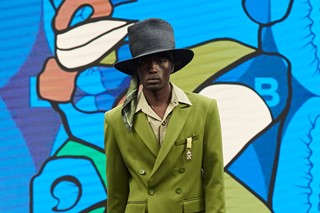 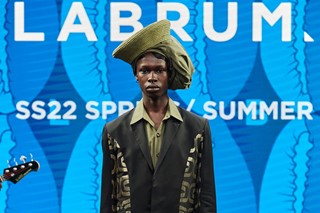 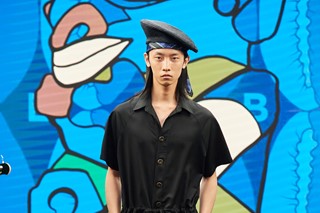 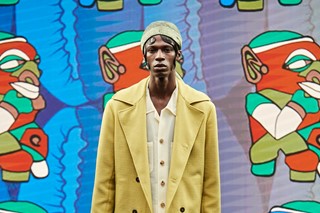 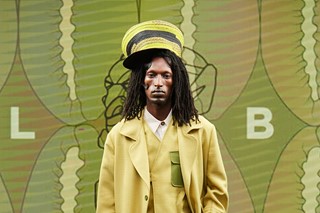 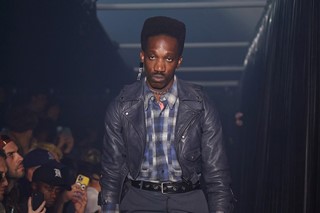 And lo, another fashion season is upon us! The SS23 menswear season, back in its IRL summer iteration for the first time since 2019, kicked off this weekend, as the industry masses descended on London like fantastically dressed locusts hungry for a morsel of gorgeousness. As it was, the first destination on the schedule eased us in pretty gently, with a downsized IRL line-up and a hefty digital agenda, but while it was short, there were plenty of sweet moments of brilliance to be had (hey, Martine Rose!) As always, Dazed were right there in the trenches – from Labrum to exciting newcomer Lueder, by way of Ahluwalia, here’s everything you need to know.

A massive highlight of the weekend was the return of Martine Rose – who’s not shown IRL since way back in 2019 – and truly, what a show it was. This time around, Rose ditched North London and headed in the direction of Southwark, where she took over former gay spa Chariots. Housed under a Vauxhall railway arch, the sweaty, much-missed venue was once the home of days-long raves and debauchery, before it sadly closed down in early 2021 – another LGBTQ+ nightlife spot and safe space lost to London’s rising prices and rampant gentrification. Modelled against a wipe-clean latex curtain by her usual rag-tag line-up of characters, the collection itself was bubbling with sexual tension, as Rose turned out a series of looks that looked like their wearer had either been in a hurry to get them on or a rush to get them off before being pushed out onto the catwalk. Think: the awkward, lust-fuelled moment your lover’s attempting to get your buttons or zip undone, or the next morning, when you’re trying to scoop up all your clothes and score an Uber without waking them up. Or perhaps you’d even been caught in the act?

This meant boxy tailored jackets and trousers with skew-whiff seams and hems, wonky shirt collars, conspicuously wrinkled crotches, and too-small tees bearing ‘Eager Beaver’ slogans that looked like they’d been borrowed for the walk of shame. Womenswear was back on the menu for SS23, too, with blown-up, back-to-front blazers becoming dresses, and slinky satin minis matched with oversized leopard-print shirts. As per usual, the accessories were a high point, with earrings still attached to their display backing, bags and necklaces strung with keyrings depicting erogenous zones and archive Martine Rose imagery, and bondage-y hardware punctuating chunky heels – as well as a brand new collab with Nike which fused a classic sneaker with a smart shoe and is highly likely to be an immediate sellout. Welcome back, Martine – we love you.

Saturday was a big day for Robyn Lynch, who took over a cavernous space on Brick Lane for her SS23 show. The Dublin-born designer wasn’t only presenting her latest collection, she was also celebrating her 30th birthday – but, in a twist on the usual tradition, she gave us a the gift of an extremely fab collection on what was supposed to be her special day. Inspiration for next summer came via a deep dive into her dad’s chest of drawers back at her family home in Ireland, from which she dug out a well-loved souvenir t-shirt her mum bought on a trip to Mallorca way back in 1983. Then began an endless eBay search for yet more of these brilliantly naff slogan tees, from which her own ‘I caught crabs in Brighton’ knitted tank was born (seriously: want).

Citing that first, alcohol-fuelled holiday free from your parents grasp as further inspo – RIP 18-30s, gone but not forgotten – the designer’s signature chunky knits were crafted from silky yarns that rendered them slightly more beach-appropriate, while elevated sportswear-inflected pieces including track tops and hoodies were matched with shiny, semi-opaque shorts and louche pants in gaudy shades of fire engine red and punchy mustard – not sure how they’d work in 35 degree heat, but on a catwalk in East London they looked great at least. Finishing touches came via a collab with Crocs – perhaps scored hurriedly from a shop on the strip when your pals thought it would be funny to chuck your shoes in the sea the night before – and upcycled vintage sunnies.

To live in the UK right now is to spiral into a deep depression at least three times a week over the government’s continued, revolting onslaught against the migrants, refugees, and asylum seekers who head here in dangerous, makeshift boats seeking solace and safety on our shores. In a week when headlines surrounding Boris Johnson and Priti Patel’s successful, court-backed plans to deport many to Rwanda were emblazoned across the front page of every red-top rag, Labrum founder Foday Dumbaya’s SS23 collection, Freedom of Movement, felt all the more poignant. Having launched his label back in 2018, the designer’s aim is to bridge the gap between the UK and his home country of Sierra Leone and more widely, West Africa, and in doing so highlight the value and vibrancy that comes with knocking down borders.

For the new season, that meant sending his signature slick tailoring out to a live soundtrack provided by Freetown-based musicians and friends Freetown Uncut, Drizilik, and DJ Rampage, with finishing flourishes coming via stylist IB Kamara and standout hats by Portobello Road legend Lucy Barlow. “[It was about] the idea of a borderless society, where merging of cultures would coexist with constant migration… and to celebrate different cultures living under one roof.” The idea was hammered home by a charity collab that took the form of t-shirts created in partnership with Choose Love – their bold chest illustration bearing the message ‘designed by an immigrant’.

Despite knocking around for what feels like ages now, Priya Ahluwalia only made her catwalk debut at LFW in February – but if anything was worth the wait, it was her petal-strewn AW22 show. For anyone wondering if she could follow it up in such spectacular fashion, their question was answered with show number two, which took place in the gardens of behemoth Brutalist building Salters’ Hall on a rare day when the sun actually came out in London. And we mean, come on: of course she could. For SS23, the Indian-Nigerian designer looked to Africa for inspiration, and subsequently weaved together a tapestry of ideas pulled from all four corners of the culture-rich continent – ”Not stripped and repackaged, but blended, woven into the very core of the garments,” she said of the wildly referential offering.

This translated to chunky knitted sweaters and fine-gauge polos bearing motifs that referenced antique blankets from Tunisia, draped and twisted minidresses and sharp tailored suits that incorporated elements of traditional Somali dress and the saris worn in Kenya, as well as details that ranged from decorative beads like those used in Rwandan culture, to prints that evoked watercolour paintings created by Mauritian artists. Like Foday Dumbaya at Labrum, through Africa is Limitless, Ahluwalia was intent on celebrating the value of free movement and its effect on culture, while elevating the continent itself beyond the condescending ways that Western media often portrays it – successfully, for all intents and purposes.

It wasn’t all happening on the runway for SS23. Away from the big budget shows were a selection of smaller presentations that put forth ideas by the rising London designers who should definitely be on your radar. Case in point was Marie Lueder, who took over a tucked-away, industrial enclave just off Brick Lane and put on a real spread: namely charred courgette, piles of rustic flatbreads, fragrant corn on the cobs, baked peaches, and punchy yoghurt dips, alongside much-needed gin and tonics.

Backdropped by a short video featuring set designer Tom Schneider setting alight a huge spiral installation on a farm in Sussex, the collection itself, which took the name Synthetic Fire, combined Lueder’s affinity for sportswear-informed silhouettes and finishes with subversive flourishes: trousers were hacked at the inseam to become floor-length, split skirts, while boxy tees were spliced together with fragments of fabric, many bearing abstracted prints designed by artist Jack Jubb. As ever, sustainability was a key focus for Lueder, who continued her work with organic denim, recycled jersey, and regenerated nylon.