The beloved designer has revived her legendary menswear line for AW22 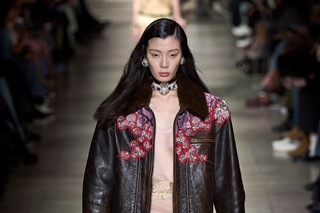 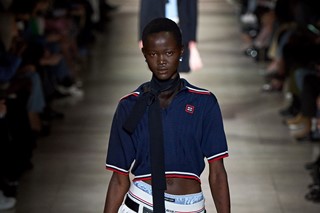 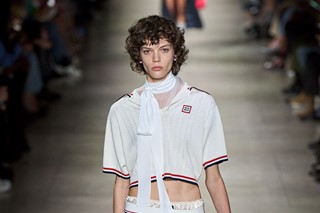 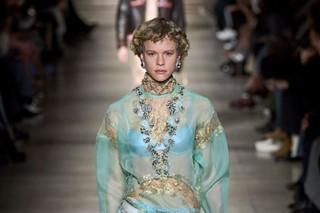 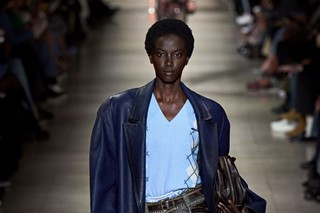 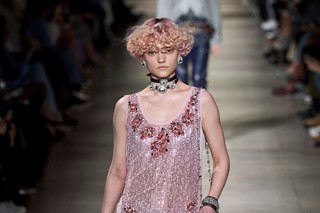 Last October, we put a finger to the wind and questioned whether Ella Emhoff – who emerged on Miu Miu’s SS22 runway in a pair of dowdy black slacks – signalled the return of Miuccia’s old menswear line. And, six months later, it now transpires that we were right to do so, as a trove of male models were paraded through the designer’s AW22 show, among them George Rouy and Lux Gillespie. Dressed in vintage football kits, sensible argyle sweaters, and chocolatey, shearling jackets, they were even granted their own micro mini: a frayed pair of bruised leather shorts.

And yet…all this on International Women’s Day? More like international MEN’s day haha. Lest we cry Miu Miu-sogyny, more than a decade has passed since “Prada’s little brother” was put to bed and the codes of gendered dress came in a little less rigid this time around, with both masc and femme-presenting models stepping into identical looks (and ballet pumps). If anything, this proposal chimed with the collapse of staid notions of gender, among people whose main priority is looking good, regardless of what the label on their clothing reads. How Miu Miu decides to market these more fluid pieces, when they emerge online and in store, will be telling.

Click through the gallery above to see more of the collection and see more of Paris Fashion Week here.