Donatella Versace offers some valuable life advice, and GmbH brings its classics back for a pre-collection 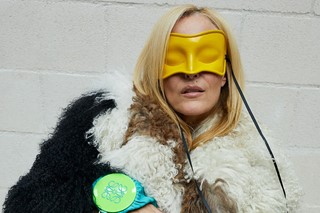 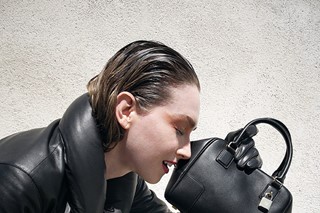 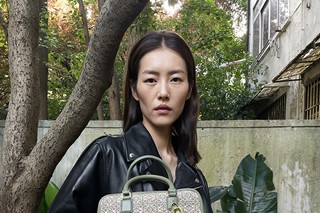 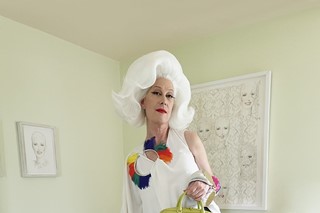 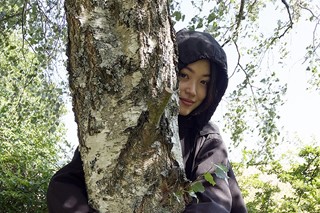 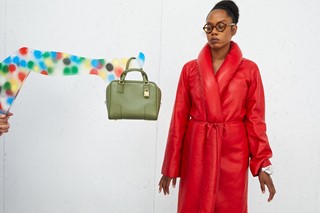 Ahead of his SS22 Loewe show in Paris, JW Anderson tapped Arca, Gillian Anderson, and Tracee Ellis Ross to front the label’s new accessories campaign. Lensed by longtime collaborator Juergen Teller, it was all about creating a portfolio of people who “capture the spirit of our time”, spanning London, Seoul, Shanghai, California, France, and New York. More than an insight into Anderson’s rolodex, the images read as a snapshot of the designer’s expansive references and technicolour interests – the British surrealist Anthea Hamilton, performance artist Justin Vivian Bond, author Susanna Moore, and Korean popstar HyunA also feature. The campaign showcases Loewe’s reinvented Amazona bag, which was first created in 1975 in response to the burgeoning women’s rights movement in post-Franco Spain. Its sturdy, handled design, which now comes in jacquard weave and lime green, was thought to accommodate a new wave of working women. And that message still endures today: “independence, empowerment, and inclusivity.”

Elsewhere this week, fashion month reached its final destination in Paris, with Olivier Rousteing celebrating ten years at Balmain with a bevy of supermodels. Cardi B proved a rival to the city’s runways, though, stepping out in archival Thierry Mugler and surreal looks courtesy of Schiapparelli and Richard Quinn. Riccardo Tisci also took a step towards the outlandish, adorning doe (or Dobby) ears to his SS22 models, while Donatella and Kim Jones unveiled their Fendace “swap”, and an online stranger revealed ASAP Rocky’s Met Gala robe was, in fact, their grandmothers. For everything else that may have passed you by, flick through the gallery below.

Though rumours were bubbling that Donatella Versace and Kim Jones’ collaborative collection was actually going to be a threeway with Skims, Kim Kardashian’s shapewear failed to come to fruition on the Fendace stage last weekend. The Calabasas mogul did, however, announce that the brand would be getting a Paris Fashion Week debut – kind of. This week, Skims launched in Galleries Lafayette, taking over the entire ground floor with nude underwear, fuzzy socks, and slinky loungewear. Kim also commissioned Pierre Hermes (pastry chef and chocolatier) to create macarons inspired by the Skims colour palette.

Alexander Huseby and Serhat Isik have unveiled their first pre-collection at GmbH, a capsule of essential work-to-club-to-work-to-clubwear pieces. Separate to their last collection, the duo have brought back their staple garments, including signature fleece jackets which have been reconstructed in wool and faux python, and embroidered Turkish wrestling trousers, now made in denim. As well as lots of crossbody panelling and exposed zips, this winter collection also debuts the brand’s vegan shoe range. Shop the looks here.

For its annual breast cancer awareness campaign, Stella McCartney is releasing a t-shirt made with heat technology so that wearers can leave handprint marks on the chest. In an accompanying video, McCartney steps into the role of Jean Milbern, schooling the Sex Education cast on how to check for tell-tale lumps. “Toilet, Teeth, Tits,” they repeat, encouraging women to examine their breasts daily. For every t-shirt sold, the Stella McCartney Cares Foundation will be donating one post-mastectomy bra. Watch the film here and head to the label’s website to get your hands (literally) on a t-shirt. 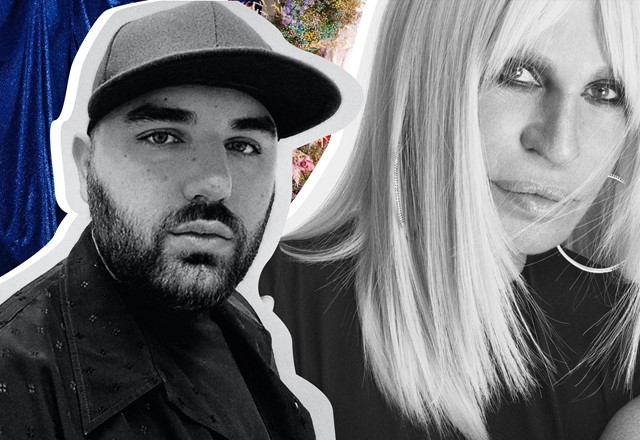 Hot off the heels of Fendace, Donatella Versace sat down with Matches Fashion and Michael Halpern to share their respective experiences of running labels, the lessons they have learnt at the helm, and what truly inspires them. The duo are well acquainted, of course, since Donatella hired Halpern straight out of university when he graduated from CSM, and they speak about their time together, transforming Parisian ballrooms into ateliers before fashion shows, and the couture collections they created. Head to the Matches Fashion website to read their chat, and watch other legendary designers, like Thom Browne, in conversation with emerging talents, like Steven Stokey-Daley. 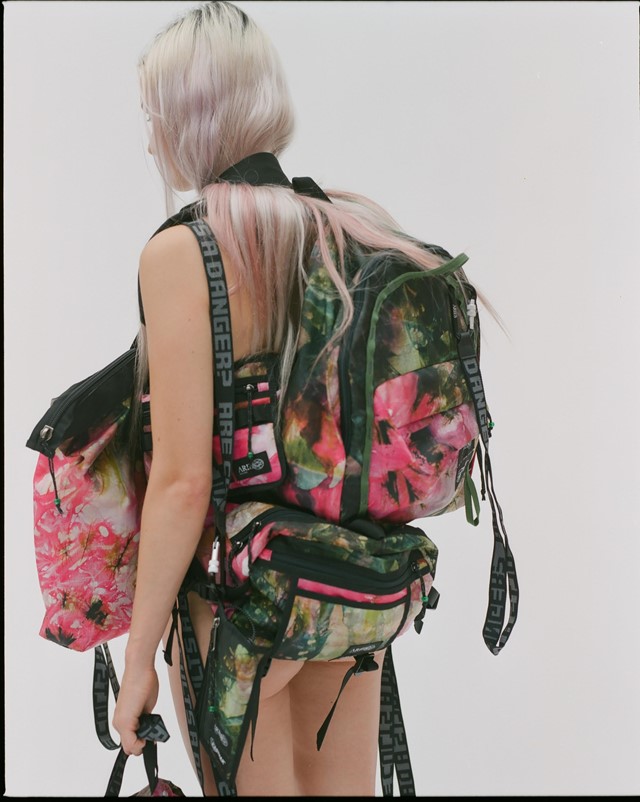 Courtesy of Aries and Eastpak

ARIES AND EASTPAK ARE COLLABORATING

London streetwear label Aries have joined forces with Eastpak, transforming 6 bags into military-inspired, tactical equipment. Blasted with camo print, the pieces feature a host of utilitarian design elements across totes, backpacks, and crossbodies. Check them out once they go live on October 28 on the Aries and Eastpak websites.