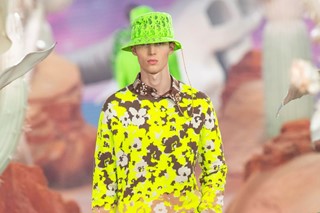 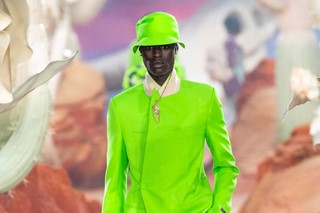 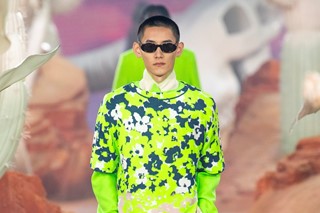 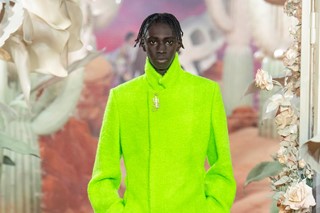 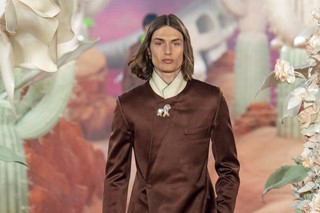 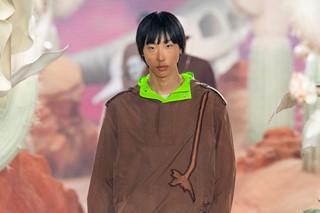 Paris Fashion Week’s menswear edition might still be happening in the digital realm for most of us, but that hasn’t stopped some pretty huge moments from going down this week. Where yesterday saw Virgil Abloh drop a wholly unexpected and extremely hype-y Nike collab, today, Kim Jones sent a capsule collection co-designed by Travis Scott down the runway at Dior (cut to social media going wild). Here’s everything you need to know.

TRAVIS GOT HIS HANDS DIRTY IN THE DIOR ATELIER

Plenty of collabs are little more than stars putting their names to something in order to rake in the $, but in this instance, Scott wasn’t scared to get stuck into the design process. Just before the show kicked off, a short video showing the white coat-clad rapper cutting, tacking, and sewing pattern pieces together landed on Dior’s Instagram. “The precision that you have to have is not a joke,” he said as he carefully fed the fabric through the machine. As someone who spent two years of an ill-fated fashion BTEC with something irreparably stuck under the needle: very hard relate.

A TRAVIS SCOTT AND WESTSIDE GUNN TRACK GOT ITS DEBUT

It was first reported that Scott was in the studio with the Griselda rapper back in January, and it looks like we’re about to start seeing the fruits of their labour if today’s show was anything to go by. As models made their way down the dusty catwalk between towering mushrooms, huge buffalo skulls, and overgrown roses inspired (honey I shrunk the cast?), the lo-fi soundtrack was a taste of things to come from the two musicians.

THERE WAS A NEW MONOGRAM

Who says you shouldn’t mess with a classic? In honour of their electric pairing, the legendary designer and his rapper accomplice reworked the house’s classic CD monogram. Inserting Cactus Jack’s initials into the mix – which, in case you didn’t know, is Scott’s self-founded record label – the new motif was seen across leather accessories, utilitarian outerwear, and slouchy intarsia sweaters.

...AND LOTS OF SCOTT’S ILLUSTRATIONS FEATURED, TOO

Elsewhere, revered artist George Condo provided sketches that appeared across pieces set to go to auction to raise funds for fashion scholarships at NY uni Parsons. Finishing touches came by way of painterly printed bucket hats, new iterations of the house’s iconic Saddle bag, and more than a few pairs of Kurt Cobain-esque sunglasses, which, in case you missed them, we’ve also seen at Louis Vuitton and Dries Van Noten this week. We smell a trend.

Check back to see the full collection as images roll in, and head here for more from the SS22 shows.