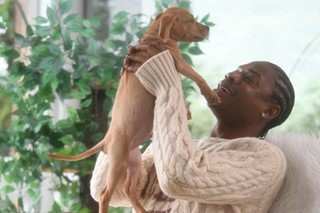 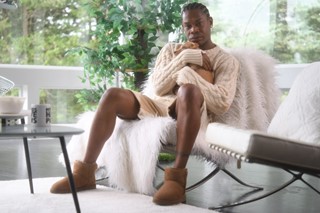 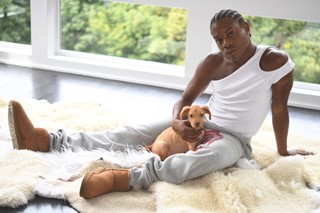 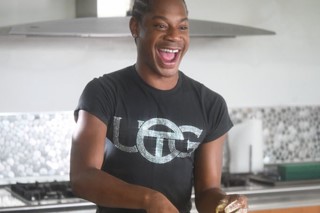 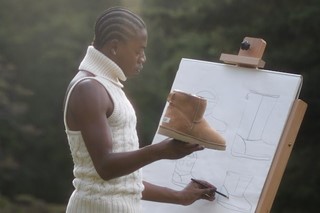 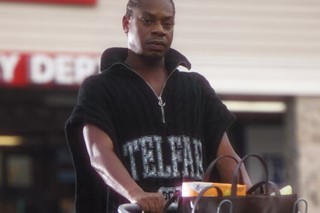 Four months ago, Emmanuel Matadi, a Liberian athlete, didn’t know who or what Telfar was. What he did know, however, was that his girlfriend was obsessed with their bags, and that the designer behind them was a fellow Liberian. “I didn’t even know if he made clothes,” Matadi told The New York Times.

Still, the sprinter approached the New York-based Telfar Clemens with an idea to design the uniform for Liberia’s Olympic team. And, in the most out-there collaboration since Issey Miyake dressed Lithuania in 1992, Telfar said yes. Since then, Clemens and his team have made about 70 pieces – spanning leggings, unitards, sweats, travel bags, and track spikes. “They said ‘go crazy’,” Clemens told The Times, “so I did”. Sure enough, the designer’s disruptive handwriting does come through – see how compression tops have been printed as if they were one-shouldered tanks and sweatpants have been spliced and styled like beach skirts.

Telfar’s sponsorship of the Liberian team means that the brand is paying for all five competitors, plus officials, and sports staff, to attend the games. It’s the biggest external investment the company has ever made – but it will mark the launch of an official Telfar performance line, which is something the designer and his business partner, Babak Radboy, have been contemplating for a while. As such, a full collection of workout wear will be released in September as part of Telfar’s core offering.

For now, the Olympics uniform is currently in beta-testing mode, being tweaked to the team’s specific preferences. The complete collection will only be revealed once the athletes hit the track, though. After which, a limited number of games-inspired pieces will drop on Telfar’s website. As far as Clemens is concerned, the Tokyo Olympics will be his first live runway show since Pitti Uomo in January 2020. Only, this will be “a show everyone gets to see”, he said. Remember – Telfar isn’t for you, it’s for everyone.