Some turned to banana bread, others created entire publications – here are five of the best fashion zines to come from the last year 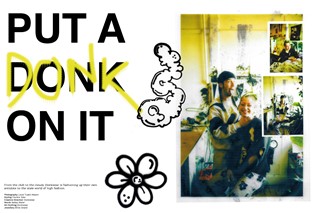 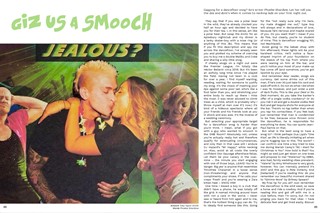 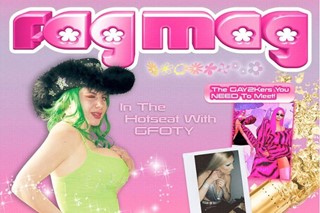 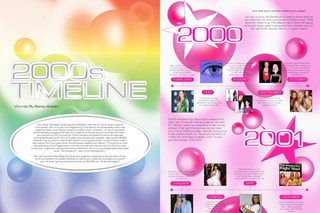 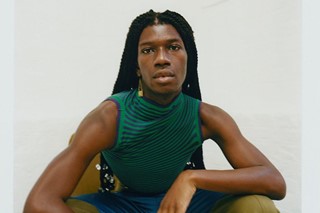 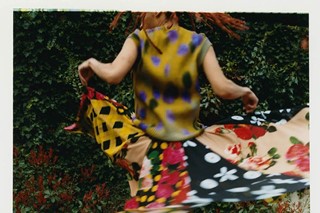 Too stuffy, too posh, too hetero. A generation of fashion fans, bored of mainstream media, have spent the last year curating independent zines, holding a kaleidoscope to the communities and subcultures to which they belong. From trashy Y2K cornershop mags, to sensitive trans+ photo series, to working-class style bibles, these zines aren’t vying for mass attention – it’s about giving their own people what they want, decorating entire spreads with the kind of off-kilter, regional stories and images, which most traditional outlets would purse their lips at.

Zines have, of course, been around for ages – they really had a moment in the early 2010s, back when Shoreditch was on the precipice of Cereal Killer Cafes and ball pit nightclubs – but it makes sense that they should be seeing a resurgence now, too. Our approach to content consumption is undergoing a radical shift – careening from mass media outlets to niche newsletters, social media accounts, and perhaps, now, fashion zines. You can, quite literally, pick your fighter.

But this is partly because the zine itself has undergone change. They’re less scrappy than they were a decade ago, less cut and paste, less photocopied. Many so-called zines look just as glossy and well-curated as a standard fashion magazine. And, in some cases, they’re even paid for by the same advertisers. Still, their expansive, genreless nature makes the zine an ideal playground for fledgling creatives – a pamphlet can be a zine, as can a poetry collection, as can a photo album. And from scally porn, to school proms, to sunny hen parties in Blackpool, we round up 5 fashion zines to stock up on from this new wave of creatives.

The brainchild of Bailey Slater, a Central Saint Martins fashion journalism graduate, the elegantly titled Fag Mag is publishing’s answer to when Kinga took herself off to the Big Brother garden with a wine bottle. It’s equal parts trashy and totally mesmerizing. A flick through its pages and that familiar buzz (usually reserved for swiping through the D**** M*** sidebar of shame or being Lambrini drunk) rushes over. Fag Mag is “for the girls and the gays,” as the editor puts it, taking his reference points from the classiest popcultural moments of 00s Britain – back when celebs walked into the TV choice awards in nothing but a spangled belt strapped across their double Ds, or when girl bands were forced to promote canned goods at press launches. Dial-up tones practically screech from Fag Mag’s hot pink, Web 1.0 design, while sections like “What Headline Are You” plop Slater’s zine somewhere between a Smash Hits and a Closer. Buy a copy here.

Clobberzine started out as Paul Toner’s final year project at the London College of Fashion, having been inspired by the “ballsy storytelling” of Sleazenation, Jockey Slut, and early issues of The Face. It’s a laugh, it’s pally, and counters all the vague, “poncey”, philosophising which fashion journalism can often fall foul of. “Trackies and Trainees”, “Designers on the Lash”, and “Divvys of the Moment”, all speak to the familiarity which Toner has cultivated. “I started Clobberzine to cater to working-class lads of my home city who were into their clothes, but didn't have a magazine that spoke to them, or spoke like them,” the scouse writer says. Toner’s second issue has just launched and it’s all about going out-out, featuring interviews with Priya Ahluwalia, Robyn Lynch, Max Allen, and Manchester’s mad fashion duo Donkwear. Get your hands on Clobberzine here.

When the first issue of Rave dropped in 2019, it marked the 30 year anniversary of the so-called Second Summer of Love, the year in which acid house and warehouse clubbing seemingly swept the country. Photographer Peter Carter and stylist Flo Arnold, who had known each other from work, had been ruminating on this milestone, backdropped by the hedonism of their previous Summer – the 2018 World Cup, the months-long heat wave, the Dani Dyer Love Island. And so Rave was born, a self-funded publication to channel the “community, that DIY spirit of the old rave days, that kind of freedom”. It’s one-hundred-odd pages are filled with fashion stories by Arnold and Carter, with plenty from younger, emerging image makers. But it’s the duo’s methodology which is perhaps most enticing. All contributors are given complete freedom to shoot however they like, to take up as many pages as they like, laid out in whatever way they like. Rave issue two is incoming, follow them to find out more.

Boy.Brother.Friend first came to be in 2017 with stylist KK Obi and photographer Medhi Lacoste hungry to celebrate Black men in music, fashion, and art. Now helmed by editorial director, Emmanuel Balogun, Boy.Brother.Friend has fleshed into a digital platform and fully fledged print publication. Its first issue, which debuted last summer, was all about destabilising notions of masculinity, sexuality, race, and gender. In the 200-page-plus outing, fashion editorials, poetry, and insightful writing explores how masculine identities metabolise throughout the Black diaspora. It’s pages read like a who’s who of Black talent – with Mowalola, Damson Idris, Liz Johnson Artur, Nicholas Daley, Davido, Telfar Clemens, and Dazed’s Ib Kamara all staring out from the magazine’s insides. Boy.Brother.Friend is a biannual publication and its first cover for issue two has just been unveiled. Purchase the mag over here.

The seeds of Tender Zine were first sewn following a nasty interaction that photographer Heather Glazzard had experienced at an industry casting call. From that moment, they felt it important to create a body of work with heart – something that would nurture and nourish its subjects. And so came a close collaboration between Glazzard, stylist Nathan Henry, and their models. How could fashion be used to affirm gender? Which designers would best express their identity? “I have put my heart and universal credit into this project,” Glazzard says, “photographing trans+ people over the last 8 months. It has felt really important to my own trans journey too, to make this.” Lit mostly by daylight, Givenchy, Loewe, Rick Owens, and Charles Jeffrey (to name but a few) dress Glazzard’s friends and street-cast models, enshrouding them in intimacy and affection. Profits made from sales of the zine will be divided between trans and non-binary charities and gender affirming GoFundMe’s. Tender is available to order here.