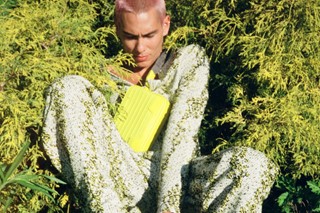 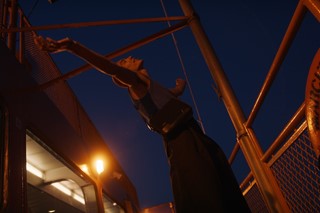 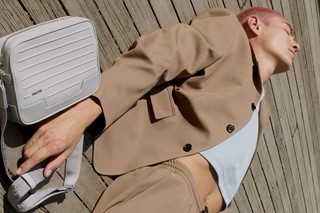 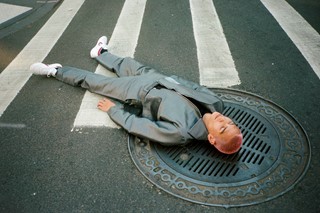 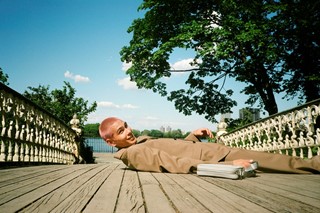 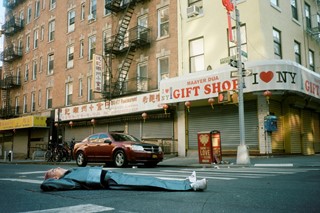 Fans of the upcoming Gossip Girl reboot will be thrilled that the new show is set to debut on July 8. After being cast in the show, skateboarder-slash-model-slash-fledging actor Evan Mock relocated from his native Hawaii to New York City, which serves as the show’s backdrop. Set to play Akeno Menzies in the upcoming series, the move marks his first acting role.

To get to know the pulse of the city better, Mock appears in a short film entitled No Where for RIMOWA – venturing around New York toting the brand’s Never Still messenger. The bag is a sleek crossbody in four colourways (black, grey, neon yellow, and desert rose) with leather and silver hardware details that echoes the luggage label’s grooved suitcases.

Directed by Luisa Opalesky, with Oscar-worthy cinematography courtesy of Steven Rico, the experimental short reflects on movement around the city and sees Mock take the Staten Island ferry, ride the subway, and hitch a ride on the back of an iconic yellow cab while on his skateboard (don’t try that at home kids!).

As well as appearing in the film, the model and actor lends his voice to the film’s voiceover, retelling a story of a love interest during a trip. “The voiceover had nothing to do with what we were shooting,” he says. “I liked the contrast of having two different things work out together.”

Never one to shy away from new experiences, this is the first time Mock has been given carte blanche to star, write, and co-produce a film. “I’m really grateful to be given the freedom to have an idea and execute it,“ he explains. “I liked the challenge of writing and shooting without knowing what’s going to happen or how it’s going to turn out.”

“Evan’s talent and ambition embody the purposeful traveller that RIMOWA has always designed for, whether it’s our iconic suitcases or the new Never Still bag collection,” adds Emelie De Vitis, RIMOWA’s chief marketing officer. “We wanted to give him free rein to create something that represented his own creative journey.”

Watch the full film below and head here to shop.