The designer debuted a nostalgia-tinged, retro-futuristic collection for the ‘solar youth’ of tomorrow – with a new line of sneakers and slogan-emblazoned muffs on the line-up 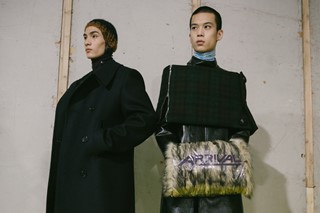 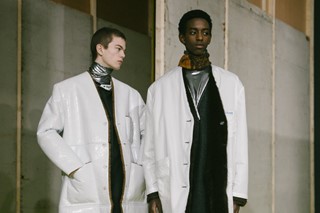 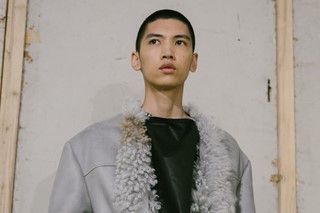 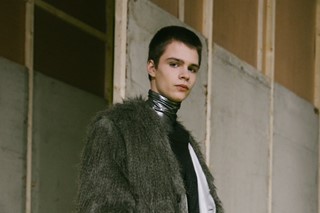 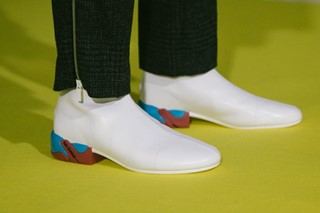 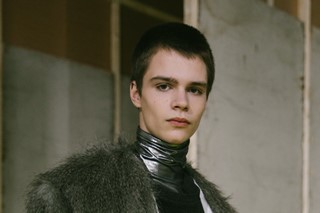 Day one of the menswear edition of Paris Fashion Week, and, after shows from the likes of Off-White, Y/Project, Undercover, and Valentino (s/o FKA twigs), we’re back with Dazed fave Raf Simons to see what he has in-store for us come AW20. Here’s everything you need to know.

THE SET WAS A SUN

This season’s show once again took place in a warehouse outside of Paris, where the walls had been lined with yellow felt and a glowing sun stood at the end of the runway. Despite the bright surroundings, the collection wasn’t exactly sunshine and rainbows when it came to its palette, with much of AW20’s key looks presented in dark colours.

THE NEW RAF RUNNER MADE ITS DEBUT

The designer took to Instagram earlier this month to announce a new line of sneakers named the Runner, before posting a series of them on his IG just before the show. The sneaker boot hybrid, which comes in a series of bold colourways, was then debuted on the runway. Is this the end of the Belgian Simons’ ongoing collab with adidas? Watch this space.

ARE SKINNY TROUSERS BACK FOR AW20?

According to Raf, the answer to that question is a resounding yes. Having spent the last few seasons championing a wide-legged silhouette - which were about as far from his OG collections as it was possible to be – seemingly, he’s returning to his roots this season, with just about every model wearing a pair of black, crease-front trousers. Others were sent down the runway in slightly kick-flared pants, which, when paired with the new Runner boots, gave the whole collection a 60s-tinged, mod-ish vibe.

You heard us. In amongst the oversized coats, kick-flare trousers, and slim-fit roll-necks that made up much of the offering, a number of models’ looks were finished with the kind of muffs your granny likely wore back in the day. Each one was emblazoned with text, with ‘The future has begun’, ‘ARRIVAL’, ‘They don’t want you to know what you are’, ‘They can’t stop all of us’, and ‘SOLAR YOUTH’ among the messages. Elsewhere, there were more glam old lady staples, including plastic capes with zippered holes for your arms and skinny knitted scarves.

With “Some Velvet Morning” providing the main soundtrack to the show, as the models took their final lap of the runway an instrumental version of iconic David Bowie track “Life on Mars” played out. Between that and the fact the collection’s shiny, baby blue roll-necks and balaclavas were giving us Bowie’s alien family vibes, overall, the show had a definite The Man Who Fell To Earth feel. For AW20, Simons left the earth behind him and set out on an exploration of what lies beyond: and at some point, it's pretty clear we're going to have to do the same.