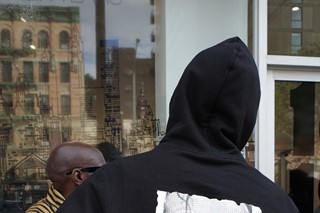 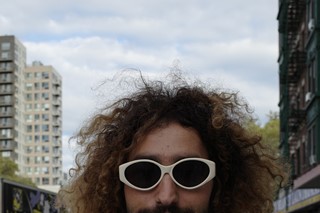 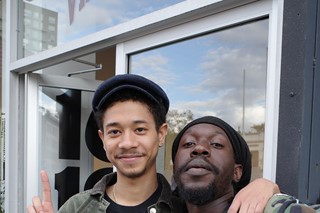 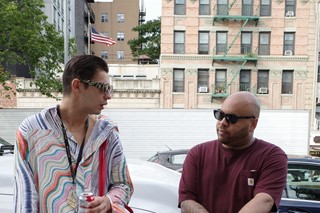 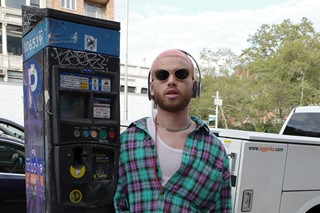 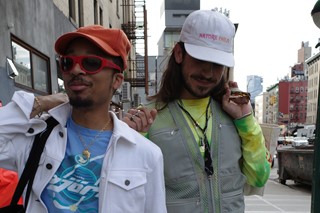 Tremaine Emory is always busy. Earlier this summer, in July, the No Vacancy Inn founder hosted his second annual pop-up celebrating mums across the world, with all proceeds going to charity Every Mother Counts. Emory lost his mother Sheralyn in 2015, and he named the event “Sheralyn Emory’s World Famous Red Velvet Cake” in her honour. In a recent New York Times profile, Emory said that the loss of his mother inspired a new focus within him, and he says that she knew he was destined for greater things. “I don’t believe in the afterlife, I believe people just turn back into the energy that created everything,” he says. “I do believe she saw it in me before it all happened though – she always said I should be a teacher.”

This month, on September 7, Emory hosted a pop-up in Lower Manhattan called “The Hissing Of Summer Tears”, an art slash retail event that included the inaugural drop of his Denim Tears collection. Made up of hoodies, sweatshirts, tees, and jeans emblazoned with the line’s logo and delicate floral wreaths, its release also marks 400 years since slavery began in America.

“I want everyone to wear it,” says Emory. “I want them to read up on the 1619 project done by the New York Times, I want them to feel the weight of the human condition and have empathy, compassion, and understanding for all cultures that have suffered the tyranny of slavery or any type of oppression throughout human history. I want people who aren’t African American to feel connected to our struggle. I want African Americans to feel proud about what we have been through and what we have accomplished. I also want us to keep pushing for the betterment of our culture and this country and world for everyone.”

Emory is a designer and cultural creator who’s nestled firmly within the zeitgeist, having worked closely with Kanye West and Virgil Abloh, but someone who is willing to look back to inform his work. “I practice living and telling stories in the moment, he says. “But I will harken back to the past to meditate on things that have not been reconciled, which in turn can inform my current work.” Speaking on what excites him most about culture right now, Emory says it’s the shifting of the guard: “(It’s exciting to see) women having a voice and opportunity in culture that boys club has typically controlled. I’m happy I’m seeing that boys club being broken up but there is much more work to do.”