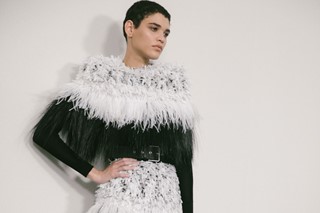 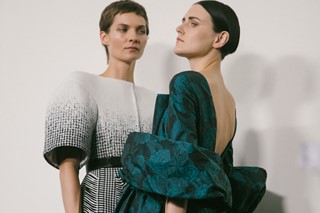 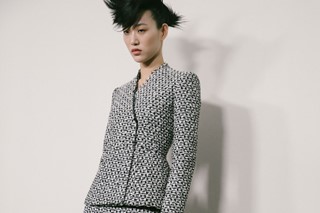 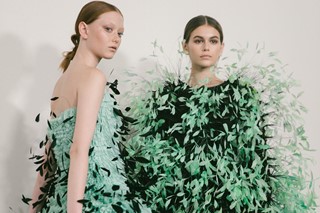 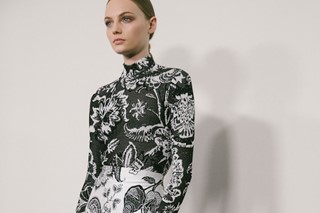 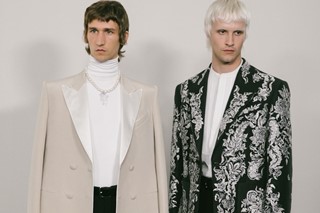 The end of the AW19 Couture season is (almost!) nigh, with just a few shows left to go before the fashion crowd prepares to desert Paris about as quickly as they descended on it last weekend. With John Galliano and Pierpaolo Piccioli set to debut their respective Maison Margiela and Valentino collections tomorrow morning, tonight we’re with Clare Waight Keller to see what she has up her sleeve for the lucky Couture customers come next season. This is what went down.

IT TOOK PLACE AT THE MUSÉE DES ARTS DÉCORATIFS

...which, in case you didn’t know, is housed in the west wing of Paris landmark the Louvre. The set was considerably stripped back, with a pale, understated filigree-patterned runway at its centre. Sitting in the front row? None other than the grand-dame of boho chic, 00s icon Rachel Zoe.

THE COLLECTION WAS CALLED ‘NOBLESSE RADICAL’

The show’s notes spoke of ‘imaginary journeys through villas, chateaus and stately homes’ and referenced Richard Avedon’s ‘swans’ – the dramatically elegant socialites and high society women the legendary photographer captured in the 1950s and 60s – with the resulting offering evoking the grandeur and pomp of years gone by. This wasn’t a straightforward look to the past though. Waight Keller also noted that the Givenchy swans of 2019 had a punky, radical edge.

THERE WERE A LOT OF FEATHERS

Where Waight Keller’s recent collections have been pretty slick (quite literally, when it came to her latex-heavy SS19 Couture collection), this time she went all out frou-frou. Black and white tailored suits, jacquard gowns, structured capes, and full, ankle-length skirts were embellished with delicate ostrich feathers which fluttered as the models strode down the runway. Menswear was similarly lavish, with emphasis on luxe brocade and silk tailoring in rich jewel tones.

...BUT KAIA’S LOOK WAS THE FEATHERIEST OF THEM ALL

Given it was completely covered in plumage and approx. 4x bigger than she was.

HEADPIECES AND SCULPTURAL HAIR IS HOT FOR AW19

Just when you thought the looks couldn’t get any more OTT, many of them were finished with wild, sculptural, winglike hair, which covered models’ eyes or unfurled from the crown of their head. Selena Forrest also made an appearance, wearing a nipped-in, balloon-sleeved suit with a huge pair of crystal chandelier ‘earrings’ that were held in place with a slim metal alice band. So, you know – just something casual for a Tuesday night in Paris.