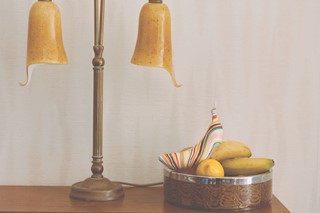 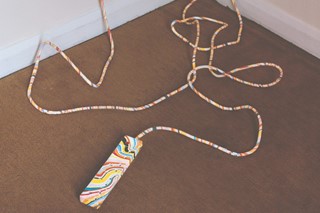 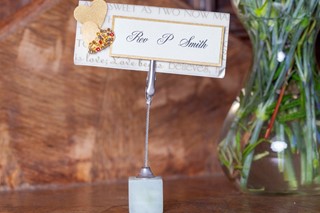 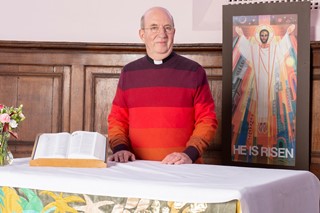 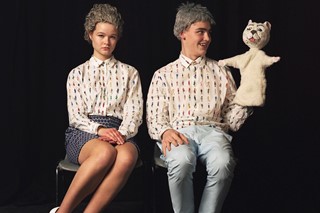 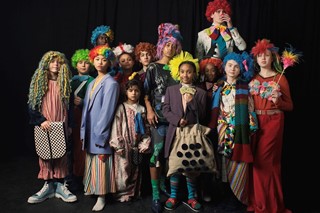 While on paper Rottingdean Bazaar and Paul Smith are not two brands you’d ever imagine teaming up, for design duo James Theseus Buck and Luke Brooks, the London designer has been a long time hero for them. So it makes sense that they’ve collaborated on a new book that launched yesterday.

“James got his mum to buy him a Paul Smith swirl-print belt when he was 15,” the duo tells us of their personal relationship with the brand. “There’s a democraticness and humour to Paul Smith which we relate to.” For the book – simply titled Paul Smith by Rottingdean Bazaar – the design duo enlisted a handful of their fave photographers to help them bring Paul Smith’s looks to life. “The starting point was simply the idea of a collection of visual stories brought together in printed form,” they explain. “It was very open in that sense.”

Working with Ben Reardon, who acted as editor-in-chief, the different stories in the book see Hill & Aubrey lens the National Television Workshop in Nottingham – a community for upcoming actors, while a still-life story shot by Annie Collinge that reimagines the iconic Paul Smith stripes on egg shells, toothpaste, even a toilet seat. The designers appear themselves, dressed like shelves (yes, really) stacked with Paul Smith goods.

In ‘The Smiths’ – photographed by Lucy Alex Mac – Paul Smith (the OG) is joined by a group of Paul and Paula Smiths from all over the country who were cast on Facebook. “Photographing the 12th Paul Smith, Sir Paul Smith himself, in his Floral Street shop was a standout moment,” the duo tell us. “Finding lots of people with the same name who are both relatively easily reachable and willing to be photographed, is one of those things which is easier thought than done. We would be up for capturing Paul Smiths for a whole year, which could be its own separate book.”

Don’t expect that book anytime soon though, or alternatively, a solo Rottingdean Bazaar outing. For now, the design duo are focusing on collaborative projects to help bring their vision to life. “It was so interesting working with a brand which is so established like Paul Smith because there is a full language and history of things to play with, on both physical and imaginary levels,” they muse. “When we are working on our own, we often have ideas which we realise will work much better in partnership.” Keep an eye out for their next creative collaboration.