Following the release of new series ‘Based on a True Story’, the former FKA twigs collaborators guide us through their favourite, most influential scary films

11May 2019
TextEmma Elizabeth Davidson
Reece + Dean: Based on a True Story4 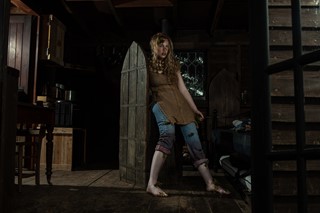 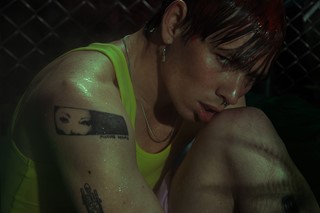 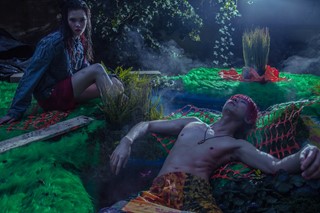 To quote the masked psycho killer from iconic 90s slasher flick Scream, “What’s your favourite scary movie?” It’s also a question rising photography duo Reece + Dean asked themselves when coming up with the idea behind their latest series, Based on a True Story, which sees ‘final girls’ emerging from haphazardly shovelled graves, stalked victims peering nervously out of their hiding places, and dead-eyed models dancing around ritualistic fires – all with a fashion twist, obvs. References featured include The Cabin In The Woods, A Nightmare on Elm Street, and many, many more.

“The series came out of two things: our frustration towards oversaturated fashion imagery that lacks narrative, and our love for the horror genre and how outrageous it can be,” the pair, who have also worked with the likes of FKA twigs and Charles Jeffrey, explain. “Horror has its own instantly recognisable visual language, which we thought was an interesting starting point for Based on a True Story. Mixing fashion image and horror seemed like the perfect recipe for a series of exciting visuals that would do more than just sell clothes.”

The resulting photographs also use renowned horror movie tropes to hold a mirror up to society, exploring issues including sexism and racial prejudice, which are seen frequently within the genre. “We’re fascinated by the way fear can be used as a tool, and how these movies can act as a reflection of the anxieties and concerns of the time they were made. As Wes Craven summarised: ‘Horror films don’t create fear, they release it’,” they continue.

Horror has long been a key inspiration for Reece + Dean, and its influence can be felt, albeit subtly, throughout much of their work. In The Dangerous Summer, the photographers present a sweaty, dystopian vision of the UK, as it's held in the clutches of a climate-change induced heatwave, while their brilliantly deranged Edwin Mohney lookbook, though brightly coloured and full of fun, is underpinned by a slight sense of unease. According to the pair, the first horror film they watched together was Jennifer’s Body, and they’ve been watching them ever since. “We actually even bought the soundtrack in HMV back in the day! It’s still a favourite,” they recall.

With that in mind, the rising stars of photography and self-confessed horror stans talk us through their favourite scary movies and the influence they’ve had on their work.

Reece + Dean: “This was the first horror film I ever saw and I was hooked! The outfits, the characters, the boys, the final scene, American teens at high school – 12-year-old Dean was obsessed! Scream is part of Reece + Dean’s DNA. The satirical tone of the whole franchise is something we really implement into our practice – the way it critiques the genre whilst embodying it. Not to mention if Reece were to appear in any horror movie, it would be as Gale Weathers in Scream!”

Reece + Dean: “The Descent heavily inspired this project, a lot of our images involve liquids and The Descent contains such strong visual references. It tells the story of a group of women who go caving and find themselves trapped deep underground, and the darkness, the creatures, and the eeriness of nature (especially liquids) that are all part of the film have definitely crept into our work.”

Reece + Dean: “Voyeurism has always been a theme that runs throughout our work – growing up in suburban towns, curtain twitchers were all too familiar, so maybe that's the cause. Either way, the voyeuristic cinematography in Hitchcock’s classic really explores the inquisitive nature of the human psyche. You can see its influence in a lot of our angles and the ways we capture models in our photographs.”

Reece + Dean: “In the opposite way to how we reference horror in our work, It Follows’ surreal horror comes from toying with the normal. Everything about it is subtle: for example, it’s not set in a specific era. If you watch it, you’ll notice the array of cards and technology from different times. This attention to detail pushed us to consider the small things that form part of our images.”

Reece + Dean: “Just Jordan Peele full stop, actually. That he’s adding his voice to the horror genre is extremely exciting and we love how considered everything is. The easter eggs throughout his films have been a huge influence on Based on a True Story, so much so that’s we’ve got a handful of Jordan Peele easter eggs in the series. See if you can spot them – amongst many more that pay homage to some of our other horror favourites!”

Check out the gallery above and head here to follow Reece + Dean (in a non-creepy way).