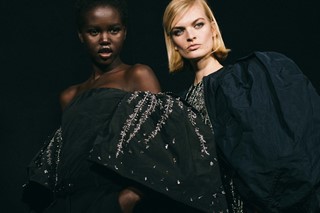 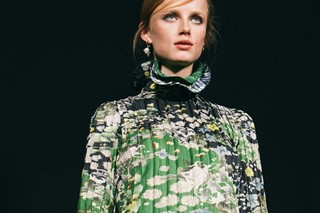 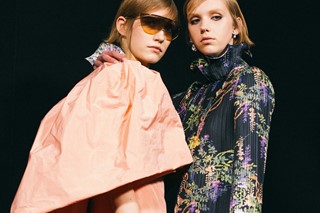 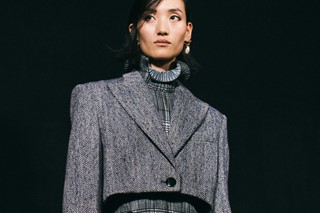 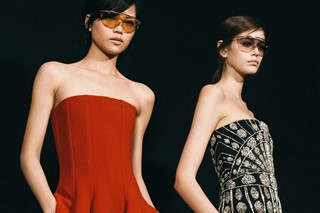 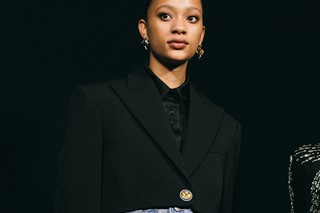 Rounding off a day which included Balenciaga’s AW19 show and the launch of Undercover’s latest collection (which features a dress emblazoned with Tilda Swinton circa Suspiria), we’re at the Jardin Des Plantes to see what Givenchy has in store for us next season. Here’s everything you need to know.

THE SHOW TOOK PLACE IN THE LONGEST TENT EVER

...which stretched almost the entire length of the Jardin Des Plantes. According to Clare Waight Keller, the inspiration for AW19 came from a winter walk through the Garden of Eden – which explains the choice of venue.

SNAKESKIN IS GOING NOWHERE FOR AW19

Snakeskin is basically everywhere right now, and seemingly the trend is set to continue well into the new season, particularly if Waight Keller has anything to do with it. Perhaps inspired by the serpent who encourages Adam and Eve to take a bite of the forbidden apple, on the line-up tonight were a series of leather trenches with scaly finishes, as well as some seriously covetable snakeskin bags.

THERE WERE MORE POWER SHOULDERS

So far this season. we’ve seen big shoulders at shows including Saint Laurent and, just this morning, at Balenciaga. Tonight, Waight Keller joined in the ‘bigger is better’ argument and made her own case for the return of the silhouette, with some uniquely sculptural dress coats and blazers: many of which were presented in tweed and herringbone materials.

...AND LOTS OF PLEATS

As well as plenty of sharp tailoring, there was also a series of more demure, ladylike looks, with tunic dresses and layered minis made from finely pleated floral fabric featured throughout.

THE BOYS WERE BACK

Following on from January’s intimate menswear show, the designer brought a few boys back to the runway tonight. A succession of models made their way through the space wearing tailored blazers layered over dress shirts and waistcoats, loose trousers, and silk scarves, as well as hybrid bombers seen with roll-neck tops.