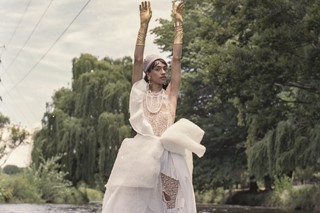 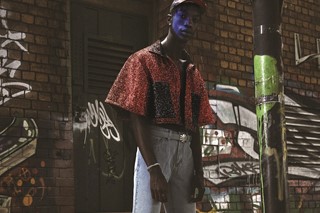 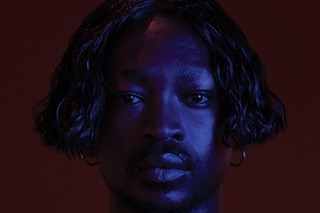 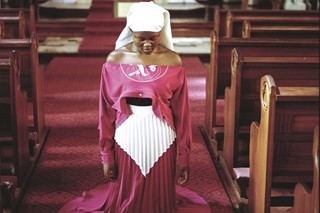 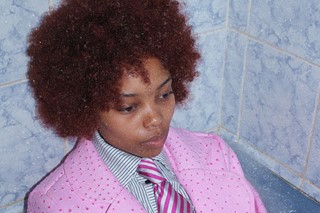 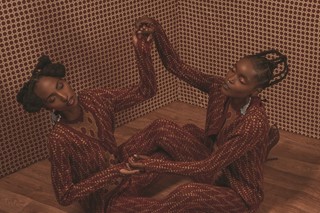 It’s a well-known fact that there comes a time in every industry when the old is replaced by the new. Right now, this is happening in South Africa, as the mainstream media struggles to connect with younger audiences, and magazines are constantly folding. In their place, a new generation are passionately stepping up to document their own experiences, and establishing an entirely new set of codes and standards in the process. Thebe Magugu, a 25-year-old South African designer, is one of the many courageous young people at the centre of this movement. Launching this week is his new, youth-inspired fashion zine Faculty Press, in which he unapologetically chronicles this new creative vanguard and what they’re doing within this vibrant, emerging scene.

Curated by an ensemble cast of South Africa’s most recognisable and talented creatives, the inaugural issue of Faculty Press features over 150 pages of strikingly artistic imagery captured throughout South Africa, as well as writings that highlight established and emerging South African artists including FAKA – the performance art duo powerfully representing the country’s queer community, who also star on the cover. “I think FAKA perfectly illustrates the power of global Africans who use their very storied past to create art and music that’s very forward-looking and quite modern,” Magugu explains.

Together with his team Lelo Meslani, Amy Zama, and Abi and Claire Meekel, Magugu has curated what he refers to as an annual yearbook intended to tell the stories and visions of South African youth through an uncensored, DIY lens. Magugu also had help from his talented pool of friends and friends of friends, including noted feminist artist and activist Lady Skollie, whose work tackles intimacy, rape, violence, and race, and singer-songwriter Zoe Modiga, an emerging jazz musician boldly infiltrating a very male-dominated genre.

Unlike a traditional high school yearbook, the contributors and subjects featured in Faculty Press were given limited direction and encouraged to think outside of the box. The debut issue’s African Studies theme – which taps into the desire local creatives have to discover their ancestral roots – was simply a foundation on which Magugu hoped contributors would build and interpret in their own way. Many of the contributing artists, including photographer and activist Maxime Michelet who captured several people across the gender spectrum posing topless and nude, explored the theme in relation to sexuality and identity: two subjects that lie at the forefront of South African youth culture.

Through Magugu’s adoption of slow journalism, he has created a calculated and deliberate vision of South African youth culture meant for both local and international audiences to appreciate. From the cover to the back of the book, Faculty Press reads like a proper superlative section of a yearbook – recognising South Africa’s best dressed, most improved, and of course, most likely to succeed.

Here, we talk with Thebe Magugu about how South African youth culture has been historically documented and what Faculty Press is doing differently.

What inspired you to start Faculty Press?

Thebe Magugu: I think there needs to be more documentation about what South African youth culture is up to now more than ever. Now that we’ve lost nearly 50 per cent of our traditional fashion media titles, I think it’s up to us to do projects and zines that continue to document our culture, because so many things are closing down that used to.

Why do you think so many publications have shuttered recently?

Thebe Magugu: I suppose the magazines were covering topics and issues that they knew their readership wanted and would buy in to. By doing that, they ignored a lot of other very interesting and emerging topics and people. I think that’s where the disconnect was: them focusing too much on things they knew would pique their readerships interests, while completely ignoring what was happening when it comes to youth culture...

I think maybe it goes back to the fact that, in terms of fashion, we really are still an emerging market. People are still educating themselves around the idea of designer fashion as a really big viable industry. It’s not purely just the magazines’ fault: I think we’re still finding our feet as a fashion destination as a whole. We’re an emerging market so naturally, things won’t be as developed and people will be a bit more apprehensive about spending on things. But we will get there.

Why the name Faculty Press?

Thebe Magugu: It just connects with what I do with my brand, when I name all my collections after university subjects. I just came out of Art History, and before that, there was Geology and Gender Studies. I wanted this to sort of be a sister to the brand, and I thought Faculty Press was a nice reference to the idea of something university-like. It’s fashioned around an annual yearbook, like the kind you would find at a high school or university.

Out of all the university subjects you could have selected as the theme for the inaugural issue, why African Studies?

Thebe Magugu: Creatives, particularly emerging ones within the country, are critically looking at what makes them who they are, removed from that lazy sort of Africana trope and in exchange for a vision that merges their global outlook with their African heritage. I think that comes together to form a really interesting new aesthetic, which then needs to be broken down and studied. Hence African Studies. For the zine, African Studies is used in an informal context, and one I think is more true to the people within the country. How they are in relation to South Africa and the world. It’s all very personal.

Thebe Magugu: I think an authentic Africa is one that is purely formed on the lived experiences of its people. I don’t think authentic is what you get if you’re completely removed from the global conversation or influence. I think authenticity is rather how you are in relation to it, I think that’s a bit more honest. I grew up around the internet and took to things that aren’t necessarily African but that doesn’t make me any less of one. I just think authenticity is just a really personal concept.

“It wasn't necessarily about the clothes but the semiotics behind those clothes. Lelo's series of people in the nude was more about fashion as an intellectual medium with a series of symbols and codes rather than the clothes themselves” – Thebe Magugu

What recent moments in South African youth culture stood out to you and were featured in the issue?

Thebe Magugu: Faculty Press explores sexuality quite a bit, which I think was a standout moment because of the abundance of people and queer bodies that came out quite unapologetically this year. Expressing who they are without any compromise within their respective fields. Sexuality was a very big thing in the issue. Another thing was fashion. We explored the idea of fashion quite a bit in Faculty Press only because SA’s still an emerging market. Looking at its current state and making predictions about where it’s headed was also very important.

How was fashion incorporated into the zine?

Thebe Magugu: We wanted to focus on fashion in its form as an intellectual medium, not just high-fashion propaganda. Fashion in the zine was used well-known the point the images are making. Amy Zama who is the contributing editor made a series exploring the line between the Bible and sexuality, and a lot of those clothes were made with the intention of further fueling that story. It wasn’t necessarily about the clothes but like the semiotics behind those clothes. Lelo’s series of people in the nude was more about fashion as an intellectual medium with a series of symbols and codes rather than the clothes themselves.

What designers did you feature?

Thebe Magugu: There’s quite a lot. I told the main stylist Francois and Amy that they had to use as many South African designers as possible. So from the old guard, there’s Marianne Fassler and Clive Rundle, designers I’ve always looked up to growing up. And then there’s the new sort of wave of designers like Rich Mnisi and Nao Serati. I think both the established and the emerging not only make beautiful clothes but they make clothes that have a point to them over and above just their physical selves because they’re always connected to a story, a very personal one at that.

Why did you decide to take a slow journalism approach to produce Faculty Press?

Thebe Magugu: Things in fashion are quite unsustainable. Not only the clothes that all end up in landfills but I think there’s also mental unsustainability. I think certainly because of the rise of social media people are looking for even more content all the time and I hear that that puts the idea of quantity over quality because you have to churn out all this content. I really didn’t want that from the zine.

I think that’s also why I wanted it to come out on a yearly basis. Not only does it go with the idea of this annual yearbook, but it also gives us time to really pick up the gems that come out throughout the year.

Faculty Press is out now and is available to purchase by email: info@facultypress.org. Thebe’s work is also currently on display at Somerset House as part of Brave New Worlds: International Fashion Showcase 2019.