Bianca Saunders, Saul Nash, Priya Ahluwalia, and Paria Farzaneh are sending genuine collections inspired by their backgrounds and experiences out onto the runway

As one of the fashion capitals, London is renowned for its constant output of new and exciting young designers. With more established brands choosing to present in different locations around the world – like Craig Green’s Pitti Uomo show in Florence for SS19, and JW Anderson’s Parisian interlude for AW19 – it seems now is the time for newer names to emerge. 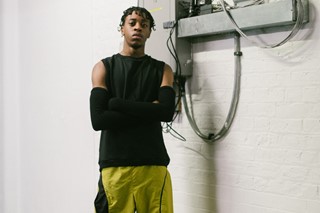 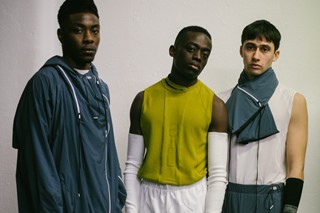 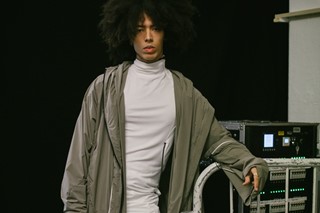 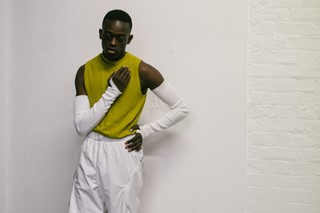 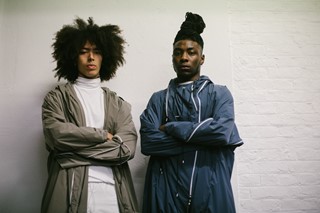 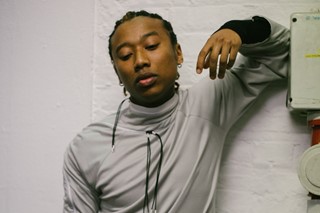 Part of the city’s new guard is a group of designers who all share the same high level of talent and have the drive to make a name for themselves in the industry, but it’s their distinct backgrounds – which lie in places including Iran, India, and Nigeria – that may be the most exciting part of what they have to offer.

“It's more about telling a story and making people aware of what’s going on in the world rather than just being so one-sided,” explains Paria Farzaneh on bringing her Iranian heritage to LFWM. For AW19 – her second on-schedule collection and debut runway show – Farzaneh staged a performance featuring selfie-taking models on a conveyor belt, who gathered in a containment zone at the end and finally broke out for the finale.

“That’s everybody on social media,” she says, explaining the show was a comment on society’s inability to live in the moment. As an attempt to break attendees out of social media sinkhole, the designer provided plastic bag invites so they could ignore their phones and give the show their full attention – it didn’t work, obviously. “Everyone was still on their phones,” she laughs. “It’s exactly what I was trying to highlight.”

In an attempt to combat the mundanity of everyday life, Farzaneh punctuated the collection with bright prints inspired by Iranian fabrics that appeared in flashes to contrast the sportier fabrics and silhouettes. It also appeared on the Converse Chuck Taylors, which were created in collaboration with the footwear brand. 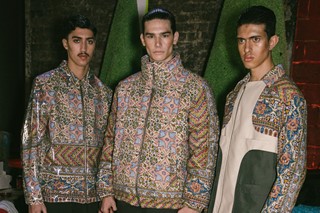 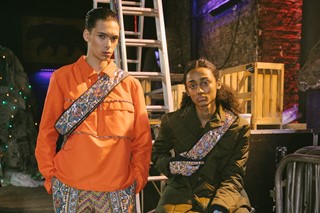 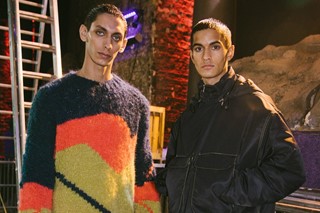 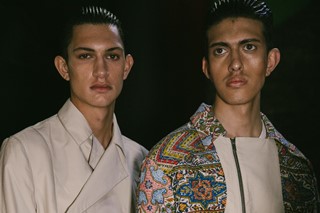 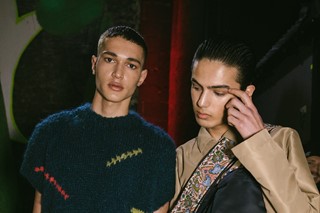 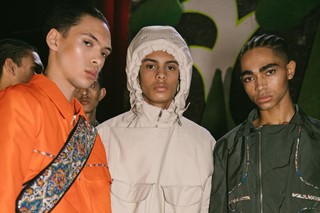 Staging an equally captivating performance was Royal College of Art graduate Saul Nash. After presenting his graduate collection back in June last year, Nash made his fashion week debut this season, hosting an intimate presentation that combined both his dance and design backgrounds. “It’s autobiographical for me, because dance was always a way for me to tell my story,” he explains. “There are no limitations in dance, I can be who I want to be for that moment and for me that’s an important message for me and other men.”

Dispelling the idea that sensitive black men means one surrounded by flowers, Nash’s models danced in the show space in looks that would fall into the streetwear category – track tops and pants, and vests made out of nylon, all of which allowed the performers to move unrestrictedly. “There’s so much material in the world already, so if you don’t do something that resonates with your heart, you’re just contributing to that,” Nash says. “For me, it was an opportunity to put out something I’m completely proud of, that hopefully people like me can relate to.”

“The kind of guy that usually gets missed out. You see him on the street, but never on the runway. That’s who I want to put forward in my menswear” – Bianca Saunders

Like Nash, Bianca Saunders has also become known for reinterpreting black masculinity – albeit from a female perspective – which was something she continued to explore for AW19, as part of an evolution of her SS19 LFWM debut. “For this collection, I wanted to create an in-between where the guy is masculine, but still has a feminine edge to him,” she says. “The kind of guy that usually gets missed out. You see him on the street, but never on the runway. That’s who I want to put forward in my menswear.”

For the latest collection, this meant skin-tight vests that looked like they were made out of tights – which appeared elsewhere as over-the-knee socks – and trousers with twisted seams that meant they clung to the body. Bringing a more sexual element this season, models had flushed faces as if they’d come straight from the bedroom. “It’s all inspired by people I know and that’s what makes it relatable to me,” Saunders explains. “If I was a guy, I’d want to wear it all!”

“If I’m going to create something authentic, there’s no better subject matter than myself and my life” – Priya Ahluwalia

Bringing together her dual Indian-Nigerian heritage is Priya Ahluwalia. Fresh out of Westminster’s MA Fashion course, Ahluwalia’s AW19 offering was a continuation of her graduate collection, which explored overconsumption in fashion in both India and Nigeria. “My last collection was about the second-hand industry, but this season I started to think about how secondhand clothing works in families and friendships,” Ahluwalia tells us. Looking at old family photos, she recreated similar looks with the input of her family, who contributed their favourite colours to inform knits created in collaboration with Alicia Robinson of AGR Knitwear.

“It’s important for me to do this because it’s literally who I am,” the designer explains. “If I’m going to create something authentic, there’s no better subject matter than myself and my life.” Ahluwalia is already reaping the rewards, taking home this year’s H&M Design Award – something she thinks will have an effect on the industry as a whole. “We’re finally getting to the point where people know there are so many cultures, it’s not just one stereotypical idea seen from a western gaze,” she concludes. “People are able to share their genuine take on their heritage and it’s so much better – it’s more diverse.”