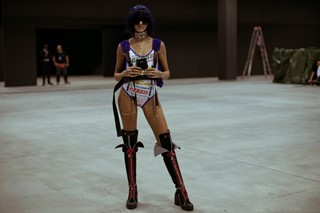 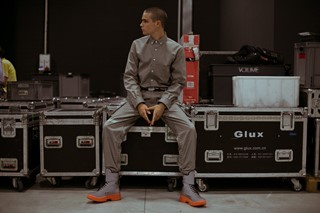 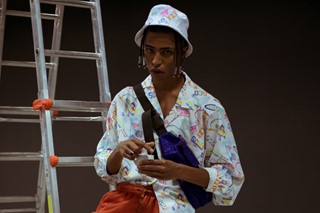 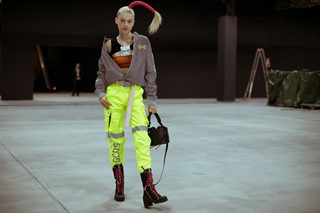 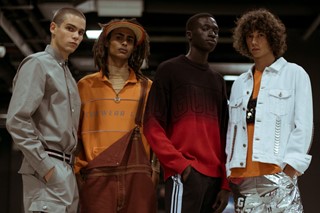 So far at Milan Fashion Week, it’s been business as usual. Donatella Versace presented a totally Ver-sassy collection, as worn by supermodels past and present (s/o Queen Shalom Harlow). Karl Lagerfeld made a case for cycling shorts at Fendi. And Italian streetwear label GCDS sent a succession of models with three boobs down the runway. Wait...what?

Yes, you read that correctly. As part of a rave-ready collection that featured neon crop-top and mini-skirt sets, transparent vinyl dresses, utility-style harnesses, and ruffled leg warmers, some models’ looks were finished with Total Recall-esque prosthetic chest panels featuring three breasts. Their inclusion was seemingly a glimpse as to what the future of the human race might look like in the hands of the brand, as neon signs illuminated the runway with the message ‘GCDS Corp is your only God’, and a comment on body positivity and inclusion. Because not only do #saggyboobsmatter, multiple ones apparently do, too.

The show comes at a time when body modification and human evolution is being explored more extensively, particularly in fashion. At London Fashion Week in June, Xander Zhou sent ‘pregnant’ male models down the runway, while recent exhibition A.Human, which took place in New York last month, presented prosthetic jewellery that became part of the wearer. Add to that the fact we all seemingly want to look like a Snapchat filter, and who knows? Perhaps the idea of a triple-breast augmentation isn’t quite such a far-fetched idea after all. Yet another unattainable beauty standard for us women to add to our list. Le sigh.