Angel Chen, Fenyi Tan, and Yajun talk their SS19 collections, showing in NY and London, and what makes Chinese fashion so unique

Hot on the heels of NYFW, London Fashion Week came to a close on Tuesday, as the likes of Simone Rocha, Matty Bovan, and Riccardo Tisci dust themselves down, take a breath… and prepare to move on to their AW19 collections, because fashion never sleeps (obvs).

It’s been a particularly successful fortnight for a number of emerging Chinese designers, though: take, for example, MARRKNULL, whose Scenic Spot collection debuted as part of VFiles raucous runway show, and Yuhan Wang, who this season joined the Fashion East fold and presented her first offering alongside Charlotte Knowles and ASAI.

While the label ‘Made in China’ has long been synonymous with mass production and low-quality clothing designed to last just a season or two, China’s young, forward-thinking designers are challenging this perception by reconnecting with the country’s heritage. As one of the world’s oldest civilisations, Chinese history details a long legacy of artisanal craftsmanship, which a new generation are keen to explore. Many of the designers working today have left their homeland to study at New York and London’s most prestigious schools, before returning to China to clash eastern and western culture and influences.

With that in mind, we spoke to a series of emerging Chinese designers – Angel Chen, Fenyi Tan, and Ya Jun Melody Lin – about their SS19 collections, showing in New York and London, and what makes Chinese fashion so unique. 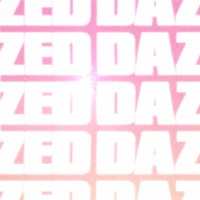 Is Samantha Jones making a cameo in the new Emily in Paris? 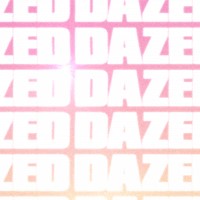 ‘I’m like the Pinoy Telfar’: Meet the Filipino designer spoofing the Birkin 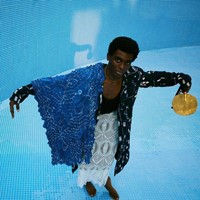 By fusing streetwear inspired elements with artisanal details, Angel Chen tells the story of her origins through colourful, clashing clothing and a multilayered aesthetic. Since graduating from Central Saint Martins, the young designer founded her eponymous label, and has amassed a wide, far-reaching fanbase. “We attract younger kids in China, but in the USA we often see people in their 70s wearing our clothes – which is really cool, I think.”

This season, Chen decamped from Milan Fashion Week, where she’s been showing for the last three seasons, to New York, where she showed for the first time. The designer’s SS19 collection draws inspiration from the Qing and Ming dynasties, while also blending elements of the legendary pirate Madame Ching, fusing historic references and presenting them in a contemporary way. This manifested in relaxed sheath dresses and tunics made from lace and knots and traditional painted patterns layered over dark fabrics, in a palette of heavily saturated fluoro hues. “We really want to present the beauty of Chinese culture to a global audience, and have people see it in a new light,” the designer explains.

Making her debut at NYFW for Spring 2018, designer Ya Jun Melody Lin quietly shook the fashion world with her uncomplicated silhouettes, utilitarian detailing, and garments that shroud the body in blocks of solid colour. The brand, though still in its v early stages, has attracted some pretty high-profile fans already, with Rihanna wearing Lin’s signature black puffer to the 2016 VMAs.

Function is at the heart of Yajun’s SS19 collection, which Lin presented in New York last week. Dresses, skirts, and shirts have neither a front or a back, nor a designated inside or outside, which provides versatility when wearing the garment, while pieces can be buttoned with a number of accessories (including earrings, rings, and necklaces) to transform their shape and function, with some styles becoming bags. “The old vibes of Shanghai definitely affected this collection,” explains Lin. “I looked at traditional Chinese clothing that used to be buttoned at the side of each garment, and experimented using Shanghainese ways of cutting.” The designer also collaborated with graphic designers from Chengdu China, who used Bach’s music to represent each note with a number that Lin incorporated in a harmony of perfectly designed clothes.

Almost three years after graduating from London’s Royal Academy of Arts, Fengyi Tan returned to London this season to present her SS19 collection. Integrating dance and movement into her designs, Tan works with different mediums, including performance, installation, and film, to further her feminine aesthetic. Though she’s now based in Shanghai, Tan collaborates with creatives throughout Europe. “It’s natural for me to stay connected with Europe and the city I studied in,” she explains. “Being Chinese doesn’t affect my collections directly – my design doesn’t contain very strong Chinese elements – but it does affect the way I think, how I look at things I think.”

For SS19, Tan looked at how new technologies affect society globally and how the body interacts with real and virtual worlds. This translated into fluid silhouettes, linear prints and different degrees of transparency and texture – such as strong colour blocking, pleating and optical illusions printed on the fabrics – with futuristic and practical sportive detailing. As part of her LFW show, the designer collaborated with a sound artist and dancers from Hexagon Collective, with the result a unique exploration of real and virtual spaces through clothing, video, sound, and installations, as images of faces and bodies were projected on the walls and models danced languidly two-by-two.