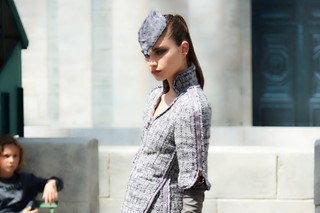 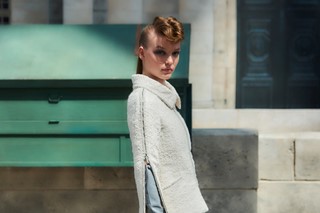 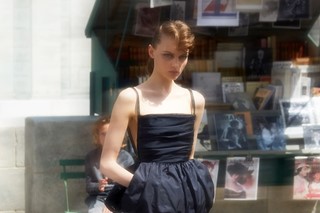 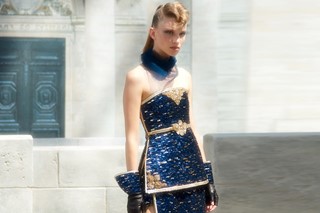 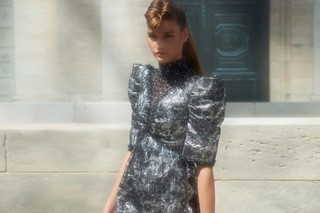 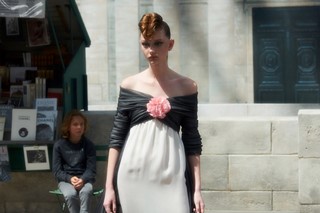 When it comes to fashion labels, Chanel almost definitely takes the top spot for being the most #extra. Always the creators of the most extravagant sets, its latest shows have seen the Grand Palais transformed into a forest, a French garden, and the home of a giant replica of the Eiffel Tower. In-keeping with this Parisian theme, this season’s AW18 Couture show saw models walking along a fake French Rue – complete with a Chanel paraphernalia-filled newsstand.

Starting off with some pretty austere looks, the collection featured a line-up of dresses trimmed with the the house’s signature tweed, before going in an 80s direction with puffball skirts making an appearance. Creative director Karl Lagerfeld’s godson Hudson Kroenig and his brother Jameson took a turn on the runway too, with both dressed as paperboys in Chanel logo-printed sweaters. They returned for Lagerfeld’s bow, accompanied by this season’s bride – Adut Akech.

With Chanel recently releasing it’s financial standings for the first time ever (spoiler alert: it’s very rich, bitch) there’s probably no limit to what Lagerfeld will create for next season. Watch this space.