The Prouder project invited each creator to reimagine the iconic Samba through the lens of unity, equality, and originality

It’s hashtag Pride season once again, just in case you hadn’t noticed all the rainbow flags and glitter on your IG feed. To celebrate, adidas, together with DJ Fat Tony, has put together an almost unprecedented group of models, artists, musicians, and general icons – Naomi Campbell, Blondey McCoy, and Philip Treacy among them – to feature in its new ‘Prouder’ project.

Including both allies and LGBTQ+ faces, each participant was invited to reimagine the iconic adidas Samba to embody what ‘Prouder’ means to them – through the lens of unity, equality, and originality. There’s something for everyone in the final selection that includes McCoy’s Icarus-inspired feather-covered shoes, the Chapman Brothers’ half Samba, half socks-and-slides creations, and the translucent plastic version created by Kate Moss. For those feeling very, very proud, check out the offering from Marc Jacobs.

Each creator was chosen by DJ Fat Tony, the London DJ who’s been a fixture of the city’s queer scene since his hellraising days in the 80s. “I wanted to create something with adidas that really spoke to where we are today by envisaging a new notion of Pride as being one with no labels; and how we as a community alongside our allies can push things further still,” he explained.

The shoes will be posted eBay – starting from July 3, with the auctions running for 10 days – with the proceeds going to the Albert Kennedy Trust, a charity fighting homelessness in the LGBTQ+ community. In particular, it works to raise awareness around the disproportionate rates in which young queer people face choosing between living their truest lives and having a safe home.

We caught up with some of the creators, so scroll to see what they had to say about what makes them feel #Prouder, and what they feel the world needs. 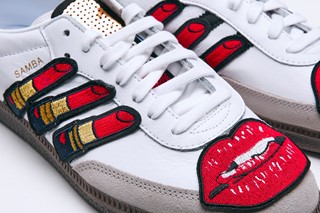 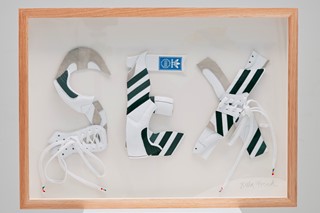 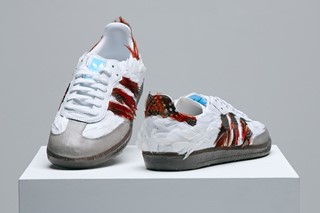 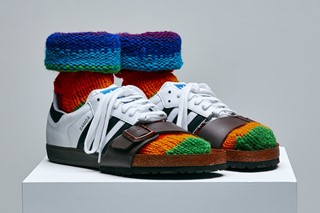 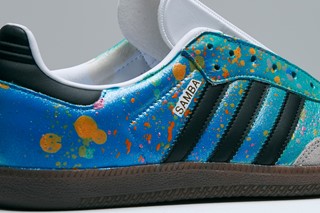 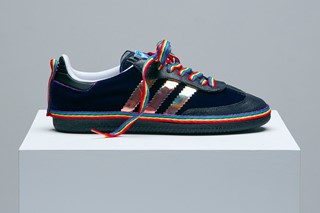 “My ingredients to a perfect world would be a world with no judgement.”

“I think that empathy is the one thing this world really lacks. There is a lot of love, but that love is usually conditional. If we could just have empathy, then you can find your way to loving any and everyone, even if you disagree. What makes me feel proud is seeing those kids in Parkland, down in Florida – it gives me hope. Their generation is not gonna sit back. They will fight, they will push for progression, and they will forever tap into the potential of our species.”

“I like to see through my work how I can connect with people and injustice has always been a big source of inspiration for me. To look and see where I can draw attention to injustices and in my own, small way try and do something about them, even if it’s just about making it visible, and that is what makes me feel proud in 2018.”

“As a long-standing member of the LGBTQIA community, I feel it is important to use my voice to raise awareness, to fight for acceptance and equality, and to be and show my true self so that others might have the courage and strength to be their true selves. I wanted to be involved in the adidas ‘Prouder’ campaign because to me, its celebration of being proud of who you are, uniqueness and individuality.”

“Always be you, and surround yourself with Positivity, Love and Red Lipstick Kisses!”

“What makes me proud; is a new generation who are more tolerant towards each other and with the realisation that we can make moves better together going forward.”